A three-year-old Ohio girl has died two days after she and her two-year-old sister were rushed to a hospital suffering from suspected drug overdoses.

Authorities say the Riley family, who are from Ashville, were visiting relatives in Akron, and both girls overdosed in the same house. 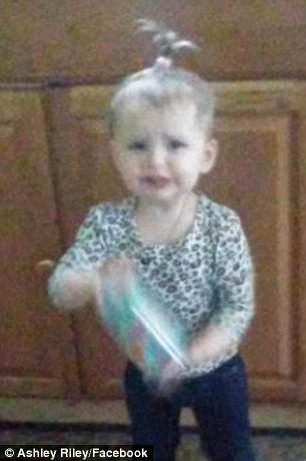 Double tragedy: Minnie Riley, 3 (left), passed away from a suspected drug overdose in Ohio on February 25. Two days prior, her 2-year-old sister Heavenly (right) was hospitalized for ingesting the same medicine 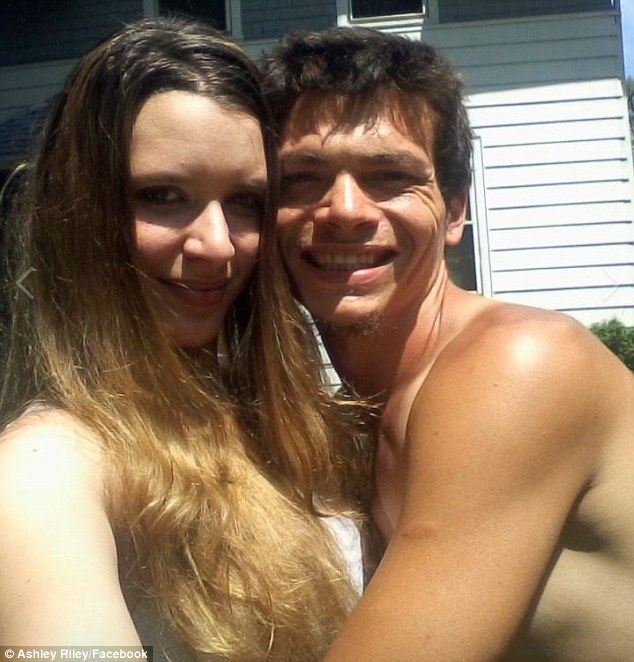 The girls’ parents, Ashley and Frank Riley (pictured), have two other young daughters

Investigators are waiting on test results to confirm what drug the girls ingested, reported Akron Beacon Journal. So far, no charges have been filed. Police said Tuesday an investigation is ongoing.

Minnie and Heavenly’s mother, Ashley Riley, has been posting updates on Facebook about her daughters’ conditions.

According to the description of a GoFundMe page launched by the girls’ aunt, on February 23, Heavenly was hospitalized after ingesting blood pressure medicine. 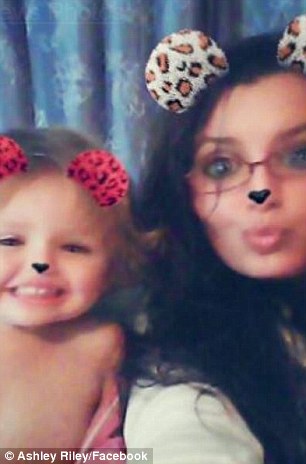 Fighter: Heavenly (left) remains at the hospital in Akron, Ohio, on a ventilator after allegedly ingesting the same blood pressure medicine that cause her sister’s death

Two days later, at around 1am, Minnie was found unresponsive at the relatives’ home in Akron and was also rushed to the hospital, where it was revealed that she, too, had swallowed the same drug.

Despite efforts to revive Minnie, the three-year-old passed away two hours later.

The girls’ mother, Ashley Riley, has been posting updates about Heavenly’s condition on Facebook and asking for prayers.

On Monday, Riley said in a post that she got to see her daughter’s ‘big beautiful eyes today a few times’ and said she was able to move a little, but was still very drowsy.

According to the mother, who is married with four daughters, Heavenly was initially put on a dozen different medicines and has been hooked up to a ventilator from the time of her hospitalization.

Doctors have since taken her off some of the medications and she has showing signs of improvement, despite some setbacks.

‘My baby is a fighter and her big sister has her wings wrapped around her,’ Mrs Riley stated. 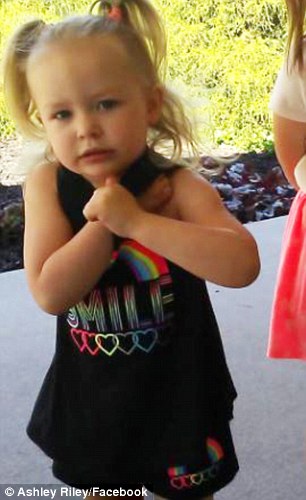 Angel: Minnie (left and right) was found unresponsive at her relatives’ home in Akron on the morning of February 25. Two hours later, she was dead

She also wrote that her two other daughters are aware that their younger sister Minnie has died, but they have drawn pictures hoping to pass them along to the toddler so she does not forget them.

The heartbroken mom added that one of her girls filled in half of a page from a coloring book and left the other half blank for her sister Heavenly to complete when she wakes up.

Minnie and Heavenly are the second and third toddlers that police suspect of overdosing in Akron over a five-day period.