Girl, 7, with brain tumor is ‘enlisted’ in the Navy in mock ceremony before chemo treatment starts

Ohio girl, 7, with brain tumor completes her dream of ‘enlisting’ in the Navy in mock ceremony before beginning 15 months of chemo

A seven-year-old girl with a brain tumor had her wish come true and ‘enlisted’ in the Navy before starting chemotherapy.

Tabitha Nye, from Perry, Ohio, was diagnosed with brain cancer when she was five years old after doctors found a mass wrapped around her brain stem.

Recent scans have shown that the tumor is growing and she will need to undergo weekly chemotherapy sessions for the next 15 months.

Tabitha Nye, seven, from Perry, Ohio, enlisted in the Navy in a mock ceremony last month at the recruiting office in Cleveland Heights (pictured) 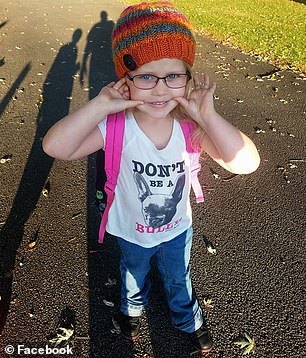 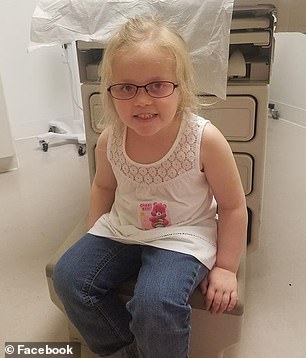 Tabitha (left and right) was diagnosed with a brain tumor two years ago at age five. It was declared inoperable at the time so doctors opted to monitor it with scans

‘[Tabitha’s] dream from the age of three was to join the Navy,’ her mother, Melinda, told the Military Times.

‘[She] goes to the Cleveland Air Show every year. It comes on her birthday weekend [so she thought] they come just for her birthday.’

Tabitha also comes from an armed forces family. Melinda served as a hospital corpsman in the Navy. It is not clear how many years she served.

According to CaringBridge, Melinda first noticed something was wrong with Tabitha when she was five and having trouble seeing the white board in school.

A visit to the eye doctor showed there was swelling behind Tabitha’s eyes and she was sent to the hospital for scans.

An MRI revealed a tumor on and around the brain stem but, because of its location, it wasn’t able to be biopsied. So doctors monitored it with scans every three months.

It’s unclear what type of tumor she has, but it is ‘very low grade’ and ‘very slow-growing’, according to a post on CaringBridge.

Tabitha had surgery to relieve the extra fluid and pressure building up in her brain, after she which entered physical and occupational therapy. 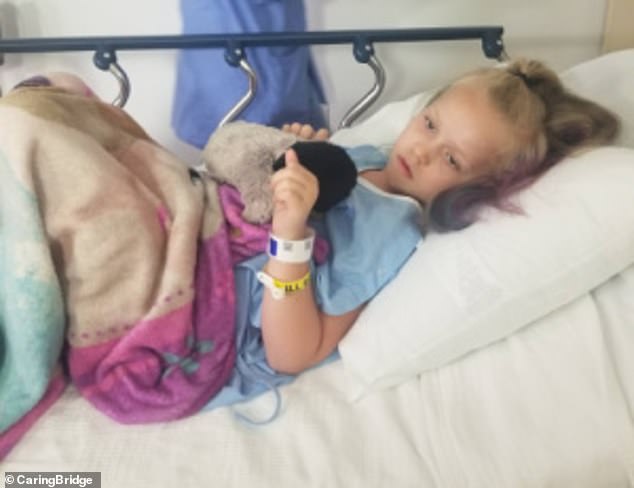 An MRI in January showed the tumor was growing and Tabitha underwent surgery, during which doctors removed between 25 and 30 percent of the tumor. Pictured: Tabitha receiving a port for chemotherapy 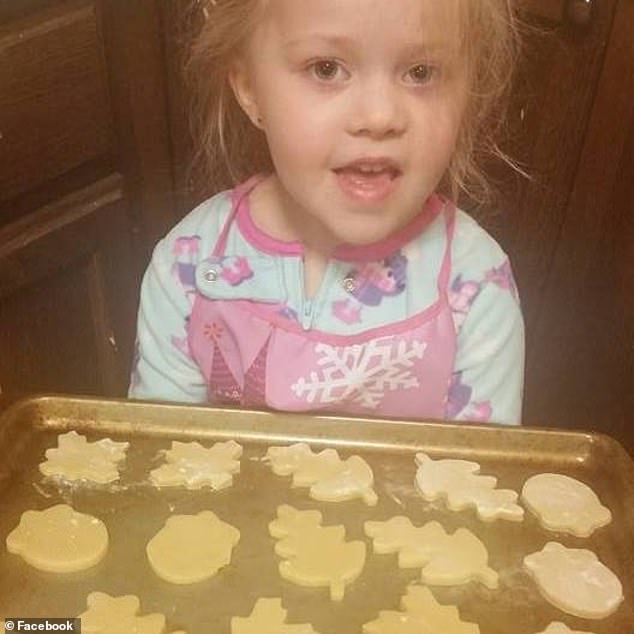 An MRI in January 2019 revealed that the tumor was growing and Tabitha needed to start treatment.

During a surgery in February, doctors removed between 25 and 30 percent of the tumor and, this week, she began weekly intravenous chemotherapy at the Cleveland Clinic that will last for 15 months.

The Nyes have started a GoFundMe page to help cover the cost of Tabitha’s medical bills.