A young girl has been suspended after teachers found a knife in her school bag just weeks after a student was stabbed at another Sydney school.

Teachers at Kingswood South Primary School in Sydney’s west found the pocket knife in the girls backpack after they were notified by students.

No one was hurt but the girl was suspended under the Department of Education’s policy on knives. 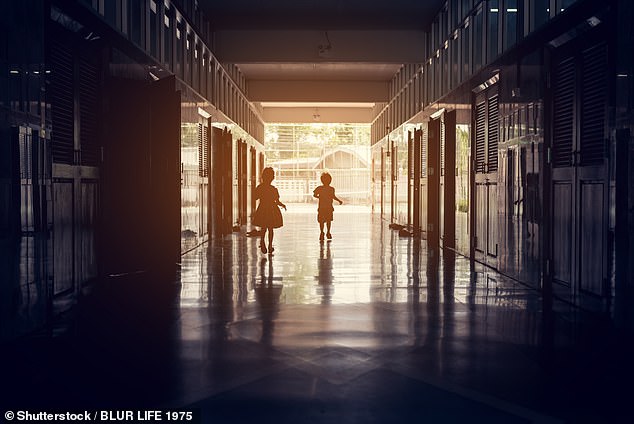 ‘The student did not take the knife out of her bag and threaten others. No one was injured during this ­incident,’ a spokesperson told The Daily Telegraph.

The girl’s suspension comes only weeks after a 14-year-old boy allegedly stabbed another 16-year-old student with a religious sword at Glenwood High School in Sydney’s north-west.

The miniature sword, a kirpan, is part of Sikh religious protocol.

The alleged stabbing earlier this month exposed a legal loophole that allowed students in several states to bring knives to school for religious reasons. 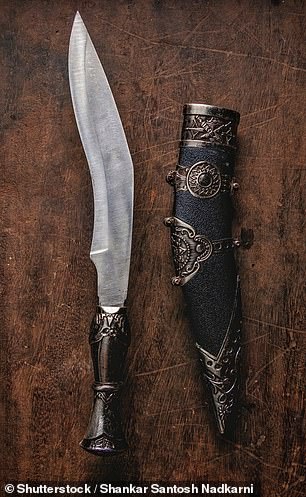 It was revealed that children in Victoria and Western Australia can be given exemption to carry knives on school grounds for the ‘purposes of wearing a kirpan’.

Baptised Sikhs are culturally required to wear the kirpan, which looks like miniature sword and is generally kept in a holster, to remind them of their duty to ‘uphold and defend the truth courageously’.

Under laws in Tasmania and South Australia, baptised Sikhs are permitted to have kirpans in public but it is unclear whether the rules apply to school grounds.

Queensland laws say the kirpan cannot be worn on school grounds for any reason, although they are allowed in public places.

Parents concerned about the regulations at their child’s school should contact the school. 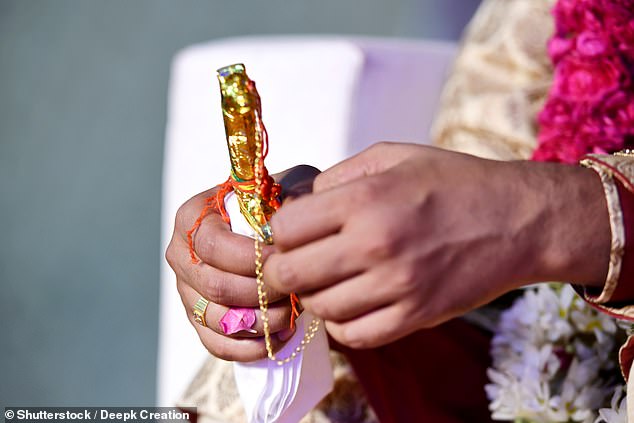 Sikhs are culturally required to carry kirpans, small daggers, at all times to remind them of their duty to ‘uphold and defend the truth courageously’

ARE CHILDREN ALLOWED TO BRING KIRPANS TO SCHOOL IN YOUR STATE?

South Australia: Kirpans can be carried in public, but unclear whether they are allowed in schools.

Tasmania: Kirpans can be carried in public, but unclear whether they are allowed in schools.

Victorian opposition education spokesman David Hodgett told the Herald Sun that the state government should consult with the local Sikh community about outlawing the daggers on school grounds.

‘First and foremost our schools need to be kept as a safe place. As such, any knife that can be used as a weapon in a threatening or dangerous way should not be permitted in our schools,’ he said.

But Turbans 4 Australia president Amar Singh said baptised Sihks are being targeted ‘based on one event’ and that kirpans should not be banned during school hours.

‘Sikhs have been carrying kirpans for over 50 years in Australia without any issues at all,’ he told the publication.

‘The laws shouldn’t change in Victoria, we are speaking to religious leaders, to work out what we can do.’

He said the community is exploring options to make the dagger safe, including incorporating a mechanical lock so it can’t be removed from its sheath.

A Department of Education and Training spokesperson said the health and safety of Victorian students is a priority.

‘As has always been the case, if a principal has a concern with a student the principal has the right to ban an item from being brought onto school premises,’ he said. 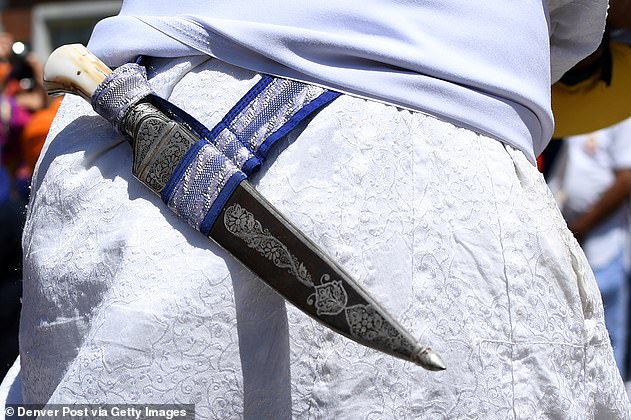 Following the alleged school stabbing on May 6, the alleged 16-year-old victim was rushed to hospital.

The other student, 14, was charged with two counts of wounding a person with intent to cause grievous bodily harm.

He is on bail and is due back in court in July. Meanwhile, his alleged victim was only released from hospital 11 days after the attack.

The kirpan was specifically named as being one which is exempt from the NSW Education Department’s ban on knifes at school.

The policy stated that students caught with other types of knives face suspensions of up to 20 days and even being expelled. 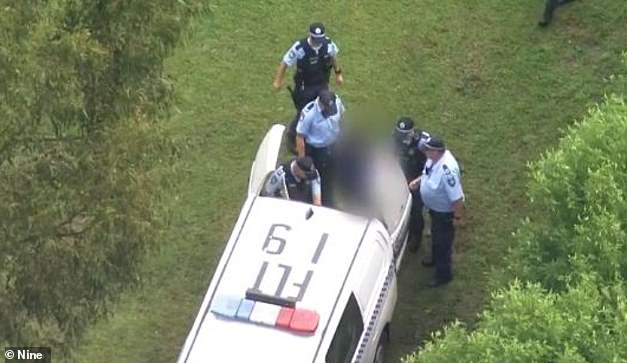 A boy, 14, was arrested at Glenwood High School in Sydney’s north-west and has since been charged with two counts of wounding a person with intent to cause grievous bodily harm 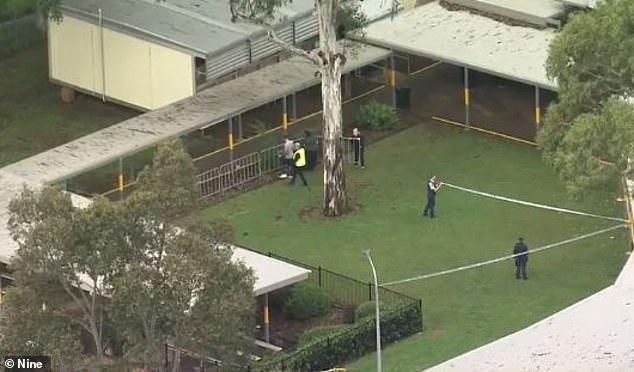 NSW Premier Gladys Berejiklian said she was shocked to learn that students could take knives to school and said it didn’t pass the ‘common sense test’.

Glenwood High School principal Sonja Anderson addressed the alleged incident in a letter sent home to parents, which was obtained by 2GB. 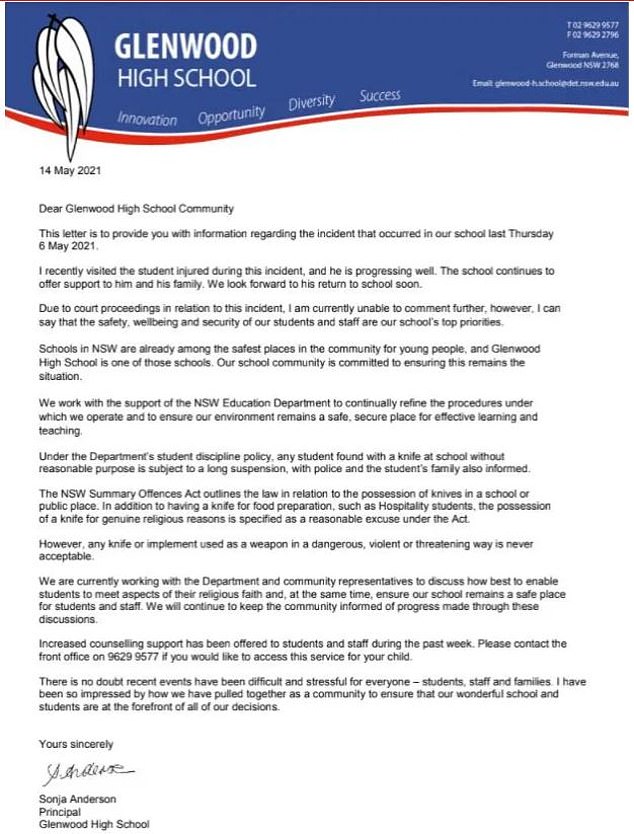