A seven-year-old girl is finally walking again nearly one year after she was paralyzed by a rare polio-like illness.

Last year, over Labor Day weekend, Olivia Hanson, then six, came down with a sore throat and a fever.

But soon after going to the ER, she developed muscle weakness, and eventually was left completely paralyzed, reported Fox 17.

Olivia was on a ventilator, bed-ridden and fighting for her life, and doctors told her mother that they weren’t sure if she would ever walk again.

But the elementary-schooler is back to walking and running and – despite some physical limitations – her parents say they feel like Olivia is her old self once again.

Last year, the disease struck more than 200 children across 40 US states. Some children made full recoveries, while others still remain partially paralyzed.

Olivia Hanson, seven, from Grands Rapids, Michigan, came down with a sore throat and high fever in September 2018. Pictured: Hanson, right, with her brother 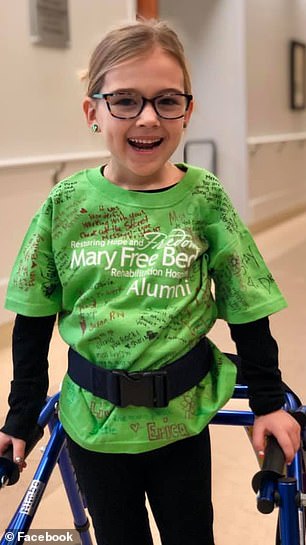 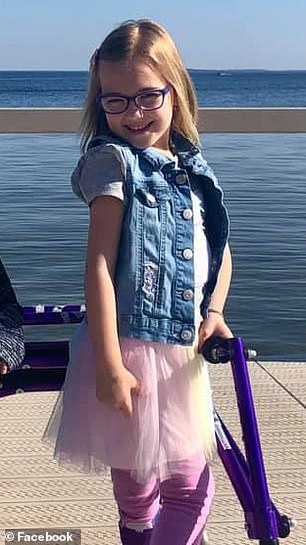 Within one week, Olivia (left and right) was left paralyzed and doctors diagnosed her with acute flaccid myelitis. The rare disease affects the nervous system and most resembles the polio virus

‘Maybe she has changed with her physical limitations and can’t do things, [but] her spirit, her heart, is back,’ her mother, Alecia, told Fox 17. ‘I have my little girl.’

In September 2018, Olivia was spending Labor Day weekend playing with her friends outside, having water balloon fights and swimming in the pool.

But on Sunday, she developed a high fever. When the fever wouldn’t break, Alecia took her to the emergency room at Helen DeVos Children’s Hospital.

Olivia was admitted to the hospital and, about 48 hours later, her condition rapidly declined.

‘I knew something was really wrong. They [called] awareness code on her and she was in respiratory failure,’ Alecia told Fox 17.

‘You just see your child laying there and you can’t hug them, and you think: “When is the last time?” [And you’re] trying to remember those moments and all the daily stuff you take for granted.’

AFM is a rare, but serious, condition that affects the nervous system. Specifically it attacks the area of the spinal cord called gray matter, which causes the body’s muscles and reflexes to weaken. 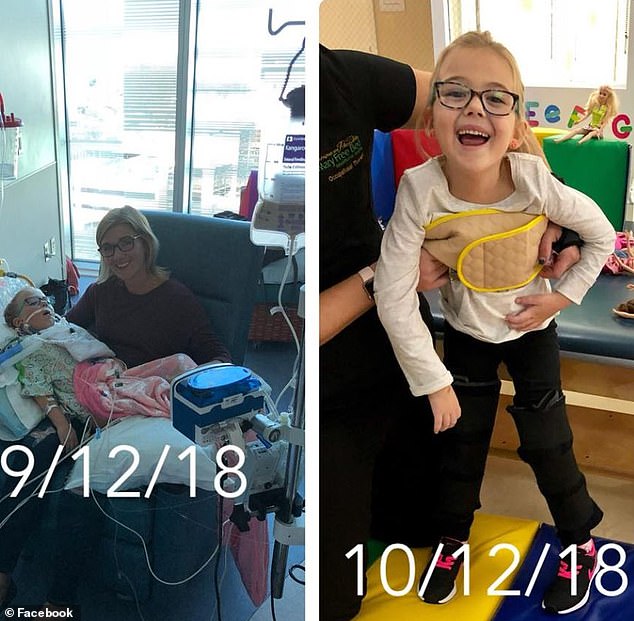 She spent several days on a ventilator and nine weeks at Mary Free Bed Rehabilitation Hospital. Pictured: Olivia during her first month in the hospital, left, and Olivia during physical therapy, right 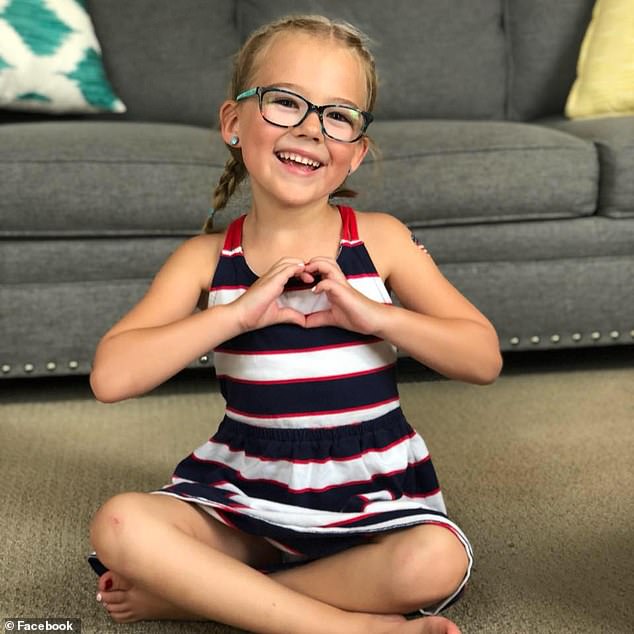 The Centers for Disease Control and Prevention reported that, in last year’s outbreak, 232 cases were confirmed in 41 states.

Olivia was on a ventilator for several days and was paralyzed, unable to even hold her own head up.

‘I was back to changing diapers, helping her feed herself. We were doing tummy time just to strengthen her neck again,’ Alecia said.

‘She couldn’t sit by herself, so there was a Bumbo [floor seat] she had to sit on and a lot of those little milestones she’s had to re-learn.’

Eventually Olivia came off a ventilator and switched to an oxygen tank. She was wheelchair-bound for several weeks until she took her first steps with a walker in October 2018.

‘She’s really not afraid to try new things. She’s really willing to do whatever it takes to get stronger and get better.’