A teenager who was snatched as a toddler before being left naked at the side of a road wept as she met the ‘guardian angel’ police officers who saved her life.

The girl, known only as Emma, was kidnapped when she was just three years old by Craig Sweeney before being thrown from his moving car.

She was then found by Inspector Marcus Beresford-Smith and retired Sargent Richard Moorhouse – who she reunited with 13 years later.

The teenager, known as Emma, was found naked and bleeding on the side of the road by Inspector Marcus Beresford-Smith and retired Sargent Richard Moorhouse in 2006 (pictured together during their reunion)

‘Sweeney left me naked at the side of the road to die. I still have the scars on my head and stomach,’ Emma told The Mirror.

‘It was pitch black, then I remember a face standing over me – it was one of my guardian angels. I’ve wanted to meet them all my life to say thank you.’

Emma, now 13, was snatched from outside her home in Cardiff in January 2006.

Sweeney took her to his flat in Newport, where she was sexually assaulted before being taken down the M4 to Swindon.

The paedophile was spotted by two Wiltshire Police officers speeding through a red light with his headlights off, and was chased at high speeds for 20 miles.

Mr Moorhouse, one of the two officers, said he saw something flying out of the car before Sweeney lost control but had no idea it was a toddler.

The little girl was then found with a deep cut to her head – a scar she still has today. 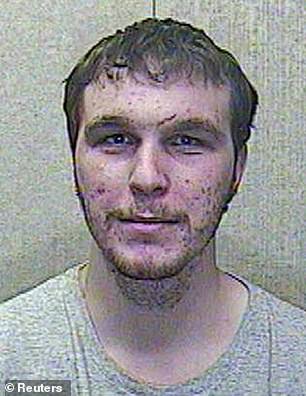 Mr Moorhouse wrapped Emma up in his coat to keep her warm in the sub-zero temperatures as his partner Mr Beresford-Smith handled her kidnapper.

Mr Beresford-Smith said he had no doubts Sweeney would have killed the toddler had she not been found that night.

He said: ‘I think he was probably going to kill her, he knew what he had done to her and he was trying to dispose of her.

‘If we had not found her she would not have been with us today.’

The officers, however, refuse to be considered heroes.

They both said they are thrilled Emma turned out to be a well-balanced young girl after her ordeal.

But Emma, who is awaiting the results of a parole bid made by her kidnapper, said she feels safer having met the two officers.

She added that she felt like a ‘child on Christmas’ during their meeting.