Bystanders rescue girl, 11, after a strange man tackled her to the ground in broad daylight as she walked to a friend’s house

The brave actions of a band of bystanders may have saved a young girl from a dire fate after she was tackled by a stranger in broad daylight.

The 11-year-old girl was walking to a friends house when she was grabbed by the stranger in Brisbane’s north on Saturday afternoon.

Without saying a word, the stranger ran up behind her and pulled her to the ground.

A group of witnesses made to intervene in the random attack, shouting at the assailant from across the Francis Road overpass.

The attacker, who is believed to be in his early 20s, quickly fled the scene on foot.

No demands were made of the girl and she was left physically unhurt, though mentally distraught.

‘She was quite distraught, which is understandable, however she’s in okay spirits now,’ Detective Senior Sergeant Joseph Zitny told The Courier-Mail.

The attacker remains on the run from police, who have since released a description of him. 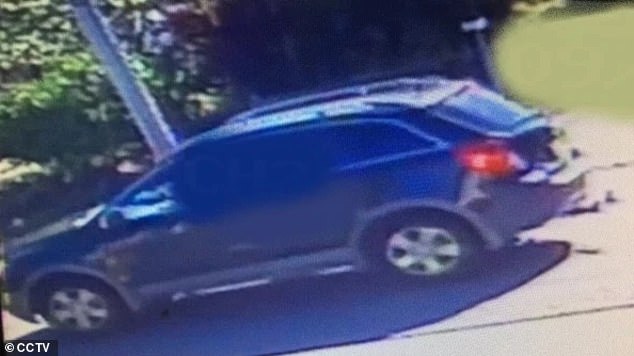 He is described as Caucasian with a shaved or bald head, aged in his early 20s with a slim build.

He was wearing a blue T-shirt, running shoes, black shorts and a chain around his neck.

Police believe he ran to a black Holden Captiva parked on a nearby lane before fleeing the scene.

Detectives have urged anyone in the area who may have seen someone, or drivers who have dashcam footage, to contact police.