The family of a Good Samaritan doused in petrol and turned her into a human fireball by a monster neighbour today slammed her attacker’s girlfriend for standing by him.

Raymond Bowen blew a kiss in court to his lover Lauren Russell as he was jailed for 19 years for the sickening attempted murder of Kirsten Ashby, 27.

Kirsten has been left with no finger tips, no ears, layers of her skin on her face melted away and her shoulder length brown her all burned away.

As she lies in a hospital bed trying to rebuild her shattered life, Kirsten mother Lynn Ashby blasted Ms Russell for supporting the father of her five children while her daughter suffers a life sentence.

‘Now my daughter is the one left serving a life sentence. She’s in isolation in hospital and she thinks she might never even be able to hold her own daughter’s hand again after her hands were so badly damaged.’

RaymondBowen was jailed for 19 years for the attempted murder of Kirsten Ashby, 27. The young woman is scarred from head to toe (pictured) after Bowen doused her in gasoline and set her on fire 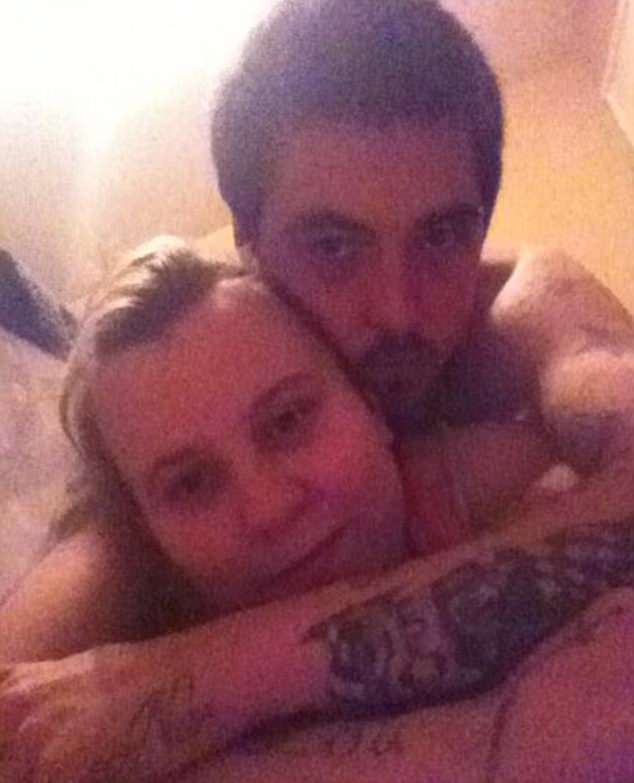 As Raymond Bowen appeared in court to be sentenced he blew a kiss to his lover Lauren Russell (pictured together). Now Ms Ashby’s family has blasted Ms Russell for standing by the monster

She continued: ‘She’s already had 80 operations and she’ll continue having surgery for the rest of her life.

‘We’re looking after her nine-year-old daughter Madison and we’re all having to move out of our family home over this. Kirsten did a good deed for Lauren and this is how she’s been repaid.’

Kirsten, a mother of one, from Milton Keynes, Bucks, was attacked after she had help tattooed Bowen’s girlfriend, who was suffering from a fit.

The monster, who had taken cocaine and drunk a whole bottle of Jack Daniels before the completely unprovoked attack when he poured petrol over her and smirked as he set her alight.

Bowen stood doing nothing as his victim’s face melted away to leave her completely unrecognisable after she sustained third-degree burns at the hands of Raymond Bowen, who’d taken cocaine and necked a bottle of Jack Daniels whisky before the completely unprovoked attack.

Ms Russell, 22, had a fit and Kirsten had gone next door to help her – but Bowen flew into a rage when Kirsten suggested calling an ambulance when Ms Russell had a seizure. 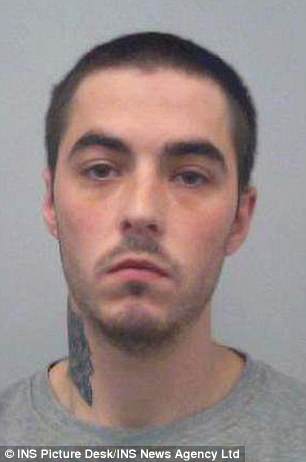 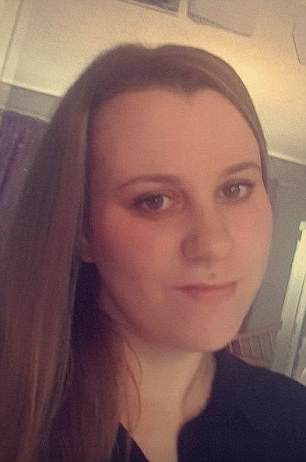 Ms Russell, 22, (right) had a fit and Kirsten had gone next door to help her – but Bowen (left) flew into a rage when Kirsten suggested calling an ambulance when Ms Russell had a seizure

He went to get petrol from the shed and poured the top half of her body in the flammable liquid before setting her alight with his lighter.

Bowen stood ‘smugly’ smoking a cigarette while listening to her screams – witnessed by Ms Russell and two of their youngest children who were standing by the door.

Kirsten’s father Paul, 54, continued: ‘Her lasting memory is the click of a lighter and we think he threw it at her. He stood there watching her desperately try to put out the flames. He’s never once shown any regrets at all for what he’s done.’

It took another neighbour to come in and call an ambulance after realising that there was an almost unrecognisable charred body on the floor after Bowen had fled the scene.

Kirsten was rushed to hospital where a priest read her last rites as she wasn’t even expected to make it through the night.

Her mum cried as she said: ‘When it first happened Kirsten thought, ‘this is it, I’m going to die.’ 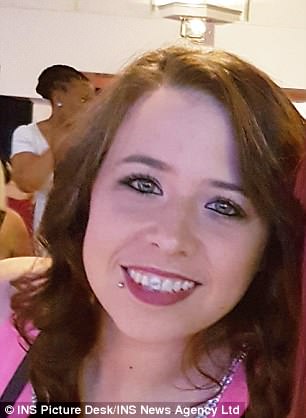 Kirsten (before the incident), from Milton Keynes, Bucks, was attacked after she had help Bowen’s girlfriend, who was suffering from a fit

‘Why would someone even do something like that to someone?

‘At hospital she had life-saving surgery and I got a priest to read her last rites.

‘Kirsten was in a coma and she can remember feeling like she was falling. But she suddenly thought about Madison and that she had to get back to her, so she fought back. That’s the only reason why she’s alive today.’

Their daughter remains under the care of London’s Chelsea and Westminster Hospital where she faces a struggle for the rest of her life. She is currently isolated due to an infection with constant surgery and skin grafting to rebuild her face and body.

Lynn went on: ‘Madison is out of school over this and living with us. We’re all having to move house as a family for fear of reprisals. We don’t even know yet when Kirsten will be fit enough to leave hospital.

‘Kirsten worries that her hands are so disfigured – she can only use her little fingers and thumbs – that she’ll never be able to hold her daughter’s hand again. But Madison just thinks her mum is a ‘superhero’ and she’s been absolutely amazing with her when she’s been in to see her.’

Paul added: ‘I don’t think about Bowen. But it would be nice if just once he showed some remorse for what he’s done, instead of just feeling sorry for himself because he can’t see his kids.

‘Kirsten is in isolation in hospital and she can barely see her daughter. When she hasn’t even done anything wrong.’

A fundraising page has been set up for the Ashby family. Donate here.