Do YOU visit your ‘hometown’? Nearly half of Britons say they rely solely on TEXTING to keep in touch with friends and loved ones in the place where they grew up

Social media, a lack of time and travel costs are preventing Britons from sharing ‘real-life’ connections with friends and family in their hometowns, a new survey has revealed.

Many people rely solely on text messages for staying in touch, it said.

A study of 2,000 people in the UK found the top thing they miss about their hometowns is the people, with a large proportion saying they miss being close to family (30 per cent), childhood friends (25 per cent) and the houses they lived in (23 per cent).

And while the majority (51 per cent) consider their hometown to be the place where they grew up, one in three (34 per cent) say it is where they were born while a quarter (24 per cent) acknowledge it as where their parents live now.

The survey, by One Poll, was commissioned by Holiday Inn and Holiday Inn Express and also found that because many Britons fly the nest to be with their partner (29 per cent), pursue a career (26 per cent) or find peace away from the city (16 per cent), the average person has two towns or cities they call home.

However, 38 per cent still retain the hometown status for just one place. Though one in 12 (four per cent) say they have as many as five hometowns.

Memories from childhood are what Britons are most likely to miss about their hometown, with nearly two fifths (37 per cent) wanting to relive those moments.

Even with this feeling of nostalgia for those that no longer live in their hometown, nearly half (47 per cent) struggle to get back to visit friends and family as often as they would like, blaming not having enough time (51 per cent), the cost of travel (37 per cent) and living too far away (36 per cent).

Almost a third (32 per cent) said it takes a special occasion for everyone to get together and connect in person with those they love most.

And in a world where technology increasingly dominates how people connect, the results also showed that nearly half (48 per cent) rely solely on text messages to keep in touch with family and friends, while over half (53 per cent) use only voice calls. 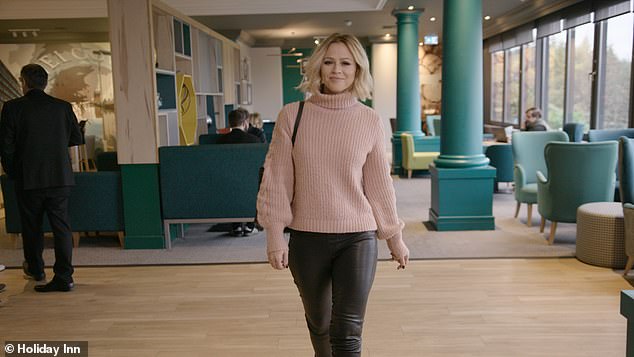 Girls Aloud singer Kimberley Walsh has teamed up with Holiday Inn to encourage people to go back to their hometowns. She travelled back to her hometown of Bradford

On top of this, some friends and family stay connected with loved ones entirely through social media (33 per cent), and more traditionally by sending letters (nine per cent).

Girls Aloud singer Kimberley Walsh has teamed up with Holiday Inn to encourage people to go back to their hometowns to reconnect with friends and family in person.

The hotel chain arranged for her to take a trip back to her hometown of Bradford to reconnect with Deana Morgan, her former dance teacher.

Kimberley credits Deana with much of her success after encouraging her to apply for Popstars: The Rivals. 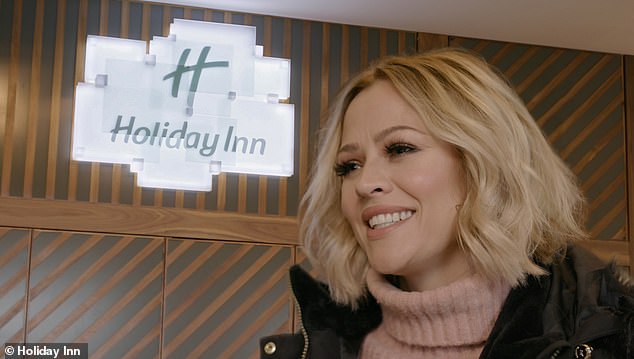 Kimberley left her hometown of Bradford to start a new chapter of her life after applying for Popstar: The Rivals and joining Girls Aloud

Applying for the show led to Kimberley, like so many others, leaving her hometown and friends and family behind for a new chapter.

Heather Balsley, senior vice president for global marketing, mainstream brands, at InterContinental Hotels Group, said: ‘As we move around more than ever before, staying in touch with the ones we love the most can be challenging.

‘In-person relationships are one of the most important aspects of our lives, yet we can often forget just how crucial our connections with other people are. This is true for both business and pleasure.

‘Our research shows that far too many people rely on social media and digital devices to keep in touch, whilst longing for time together face-to-face. At Holiday Inn and Holiday Inn Express, our aim is to be there for our guests to help them connect with those who matter most.’

Top 10 places Britons consider to be a hometown