Giuliani: Not ‘a stitch of evidence’ that Trump colluded with Russia

Former New York City Mayor and brand-new Trump lawyer Rudy Giuliani is already playing the role of pit bull for the president, telling a New Hampshire television station that the Russia probe is ‘a disgrace.’

‘I can guarantee you this: When Mueller is finished, no matter whatever he does, he’s not going to have a stitch of evidence that he colluded with the Russians,’ Giuliani told WMUR. ‘There isn’t a person in the world who thinks he’s guilty of collusion with the Russians.’ 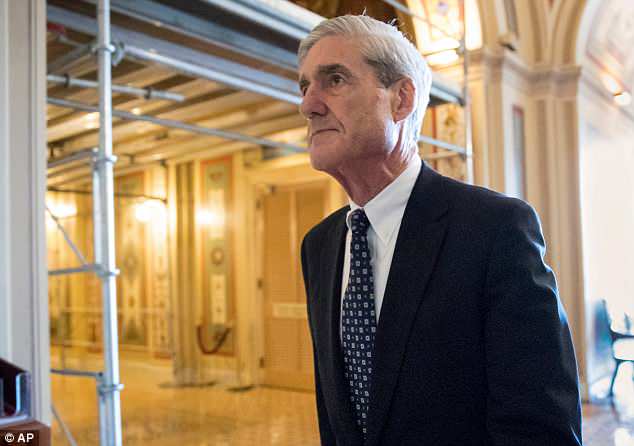 Giuliani said he trusts Special Counsel Robert Mueller, but said  Mueller wouldn’t find ‘a stitch of evidence’ that President Trump colluded in 2016 with the Russians 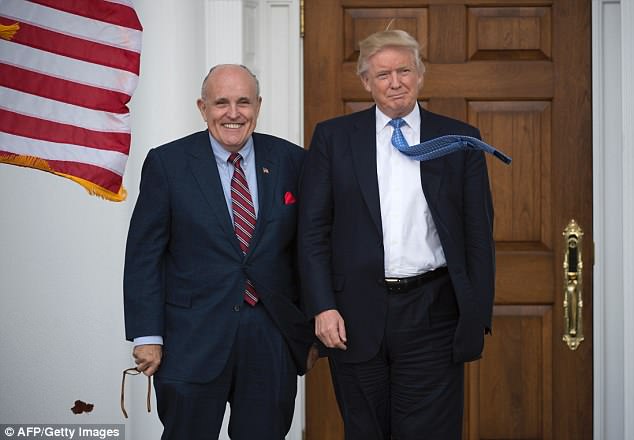 ‘I think it will be liar’s poke tonight,’ Giuliani said Wednesday from New Hampshire. ‘It’ll be a guy who has forgotten how to tell the truth.’

‘He is an absolute embarrassment to the FBI,’ the former New York City mayor added.

Giuliani has a history with Comey, having hired the fired FBI chief in the 1980s to work in the U.S. Attorney’s office in Manhattan.

Giuliani knows Mueller too, and told WMUR that he trusts the special counsel, who led the FBI before Comey, though he argued that Trump is ‘innocent.’

Before his trip to the nation’s first primary state, Giuliani sat down with Mueller on Tuesday, the Washington Post has learned.

Giuliani reopened discussions on a potential interview between Trump and Mueller, conversations that had broken down in the aftermath of the FBI’s raid on longtime Trump lawyer Michael Cohen’s office, hotel room and home.

It’s important for investigators to understand the president’s intent as they look into potential obstruction of justice, Mueller noted.

While neither the special counsel’s office nor Jay Sekulow, another one of President Trump’s attorneys, would comment about this initial meeting – which included members of Giuliani and Mueller’s team – a source told the Post it was to ‘feel each other out.’

President Trump had initially told reporters he was keen to speak to Mueller, but his tune changed in the aftermath of the Cohen raid.

The president’s last attorney, John Dowd, had quit over the matter.

Dowd had warned Trump that sitting down for an interview would put him in legal jeopardy.

Another attorney, Ty Cobb, is handling the Mueller probe from inside the White House.