A young businesswoman has emerged as a key figure behind the controversial trade deal between Victoria and China.

Victorian Premier Daniel Andrews has been widely criticised for joining the Belt and Road Initiative, which provides loans and investment in infrastructure projects from the Chinese government.

Victoria is the only Australian state to sign up, and did so despite the disapproval of the federal government and warnings from security agencies.

As the chief executive of the Australia-China Belt and Road Initiative company, Jean Dong, 33, had a big part to play in securing the deal.

The glamorous businesswoman, who has a background in connecting China with the rest of the world, boasted about her political influence in a YouTube video titled ‘Journey of influence’.

The footage provides a look into Ms Dong’s life, from her early days as a student journalist in Beijing, to rubbing shoulders with Australian prime ministers and other political leaders.

Jean Dong, 33, (pictured) has emerged as a key figure behind the controversial trade deal between Victoria and China 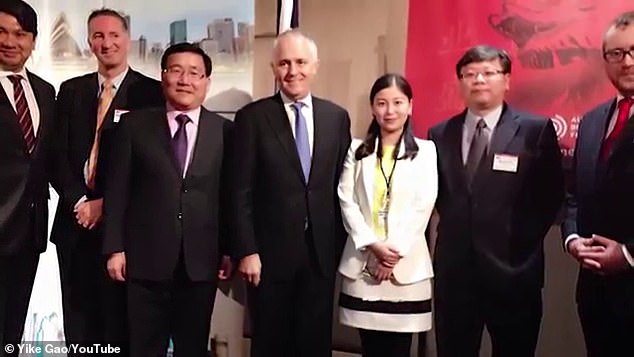 The footage begins with Ms Dong standing on a hill with the Melbourne skyline behind her as she speaks about the people who have inspired her before she talks about her own success.

The former Chinese television journalist moved to Australia to commerce at the University of Adelaide. After graduating in 2009 she moved to Melbourne to study international law before taking on a consulting position at firm PwC. 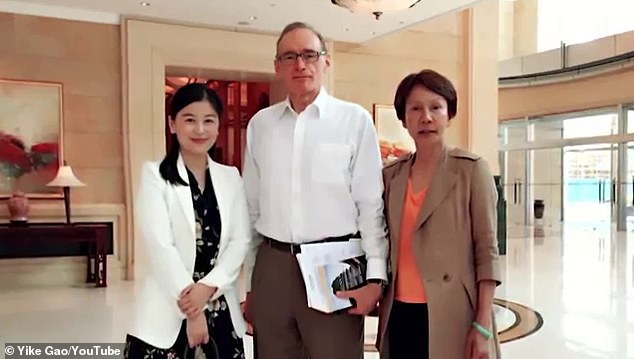 ‘At the age of 21 I presented and convinced the PwC Australian leadership to consider Asia growth as a priority strategy and to achieve a clear advantage over its competitors,’ she says in the YouTube video.

‘At the age of 26 I successfully facilitated a mutual and long-term economic collaboration agreement through China-Australia free-trade agreement for both countries.’

The video was filmed while she was working as the managing director of Spark Corporation Group.

The company focused on Chinese investment in Australian agriculture and resources. 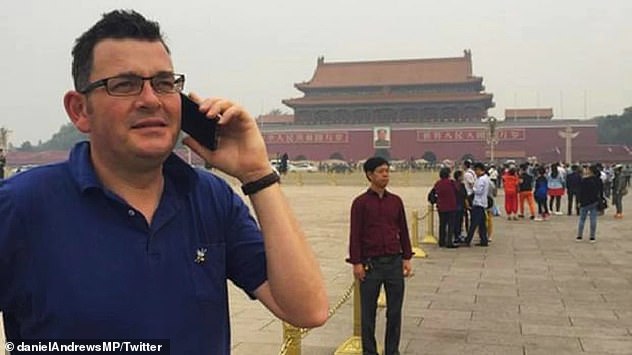 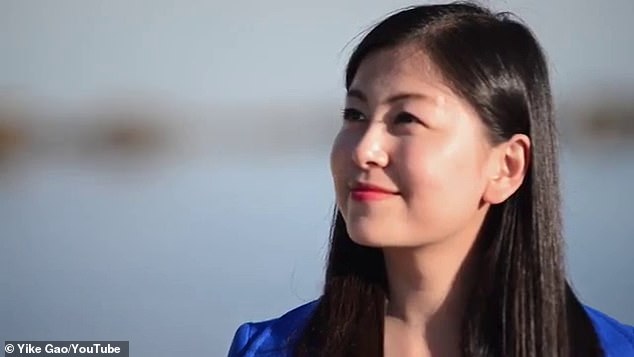 The glamorous businesswoman with a background in connecting China with the rest of the world boasted about her political influence in a YouTube video, titled: ‘Journey of influence’ 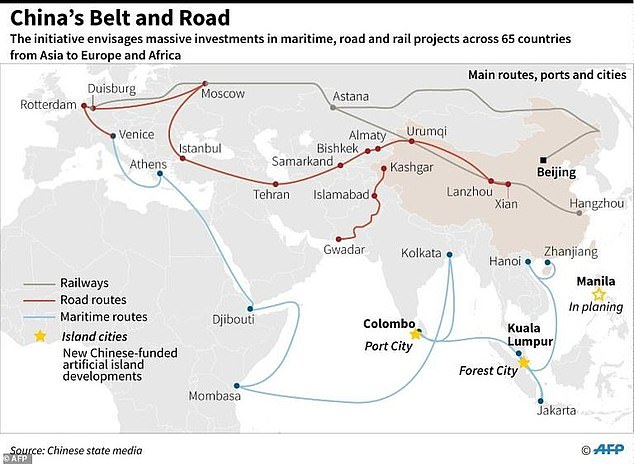 Ms Dong described it as ‘expansion of Australian businesses into Chinese markets through strategic partnerships’.

Between half and two-thirds of all Australian barley is sold to China.

Barley is grown across 4,035,000 hectares, with the largest amount being grown in Western Australia.

Australia’s grains industry accounts for more than 170,000 jobs across Australia from farm to export dock.

About 65 per cent of Australia’s overall grain produced is exported.

This includes up to 90 per cent of that grown per in Western Australia and South Australia.

Mr Yang and Ms Dong both attended a youth delegation to China in 2014. There were only 30 delegates to the Beijing conference.

The well-connected Labor Party operative is believed to be the reason behind Mr Andrews’ strong relationship with China’s communist government.

Years after the conference, Ms Dong was tasked with promoting the Belt and Road Initiative to Mr Andrews.

During that time her pro-Chinese company also paid to provide advice on the deal.

The company was awarded two taxpayer-funded contracts advising on China’s global commercial play in 2017-18 and 2019-20, totalling $36,850, The Australian reported. 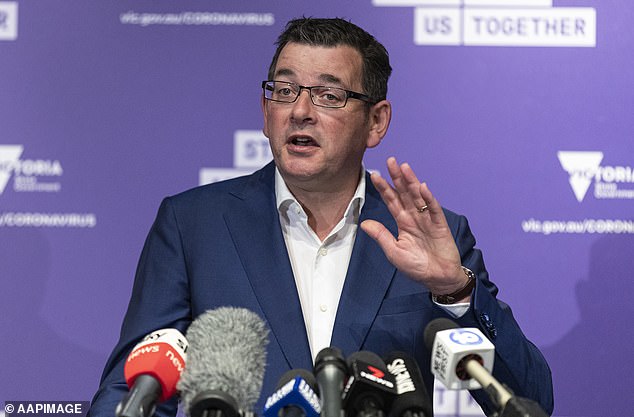 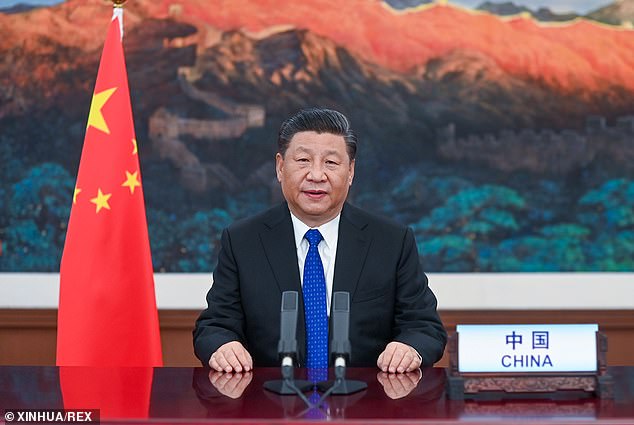 Belt and Road is s criticised by Western governments as a stealthy expansion of Chinese influence (Chinese President Xi Jinping pictured), and as a means to trap smaller countries into debt Beijing then uses as leverage

The Andrews government blamed the breach of disclosing the information on an administrative error.

‘The advice from ACBRI provided valuable insights into opportunities for Victoria arising from the BRI,’ a government spokesman told the publication.

What is the Belt and Road Initiative?

Unveiled in 2013 in Kazakhstan and Indonesia by Chinese President Xi Jinping, the Belt and Road Initiative is the most ambitious infrastructure project in modern world history.

The multitrillion-dollar initiative involves hundreds of projects, most of them built by Chinese contractors and financed by loans from Chinese state-owned banks, across an arc of 65 countries from the South Pacific through Asia to Africa, Europe and the Middle East. 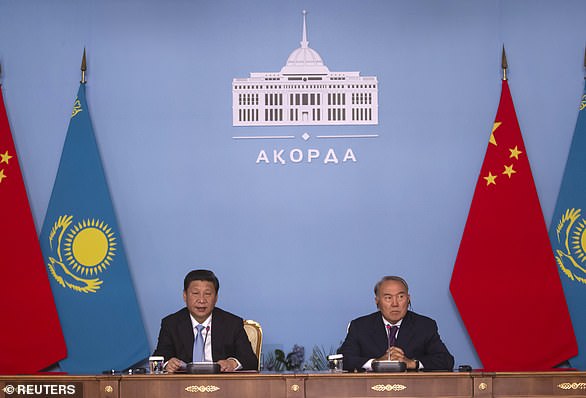 The Belt and Road Initiative, essentially a Modern Silk Road, is made up of a ‘belt’ of six overland corridors that direct trade to and from China and a maritime ‘road’ of shipping routes and seaports from the South China Sea to the Indian Ocean.

The initiative countries account for 40 per cent of global gross domestic product growth and 44 per cent of the world’s population, according to an analysis from Morgan Stanley.

As of July 2018, more than 100 countries and international organisations had signed Belt and Road cooperation documents with China, extending the initiative’s scope from the Eurasian continent to Africa, Latin America and the Caribbean, and the South Pacific region.

The Chinese government calls the initiative ‘a bid to enhance regional connectivity and embrace a brighter future’.

Other observes and critics, however, see it as a push for the country’s position as a global economic power with a China-centered trading network while burying some countries under massive debt.