Glaswegian policeman hounded lover after she dumped him

A controlling police officer ordered his lingerie shopgirl lover to wear a long fleece to work and bombarded her with 190 calls in a day after she dumped him.

James Addison, 21, made abusive remarks towards Emma Coulter, 20, about her uniform at the busy Glasgow city centre shop where she worked.

He also turned up at her house uninvited and on one occasion looked around inside at 3am after refusing to believe she wasn’t home.

When Miss Coulter called the relationship off, he relentlessly bombarded her with phone calls and messages, and even changed the settings on his phone to bypass a block against his phone.

Addison, from Cowie in Stirlingshire, also threatened to post pictures of her online. 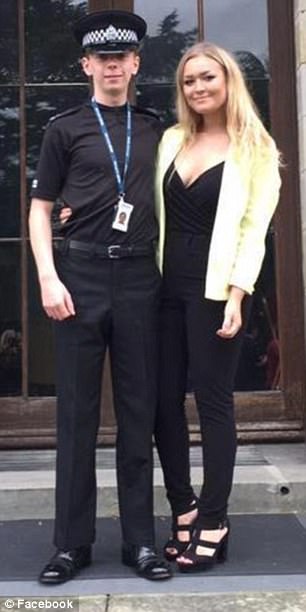 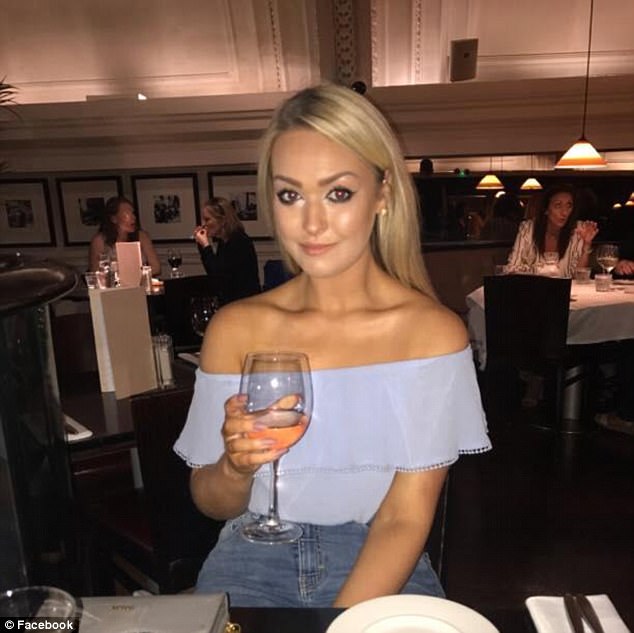 The court heard the couple got together in April 2014 when Miss Coulter, pictured – who is now a lingerie sales adviser at Debenhams – was still at school

At Glasgow Sheriff Court, he pleaded guilty to stalking Miss Coulter by engaging in a course of conduct which caused her fear or alarm, between January and September 2016.

Addison – a former officer in Lothian and Borders – was given community, compensation and non-harassment orders.

Sheriff Alan MacKenzie told him he will be supervised for 12 months and has to carry out 100 hours of unpaid work within six.

Addison must pay his victim £750 and not approach or contact her for two years.

The court heard the couple got together in April 2014 when Miss Coulter – who is now a lingerie sales adviser at Debenhams – was still at school. 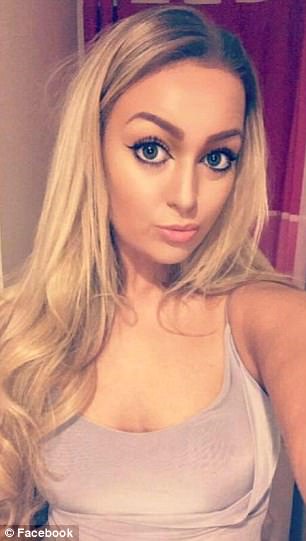 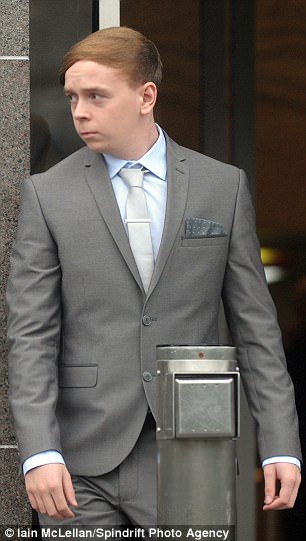 When Miss Coulter, pictured left, called the relationship off, Addison, pictured right, relentlessly bombarded her with phone calls and messages 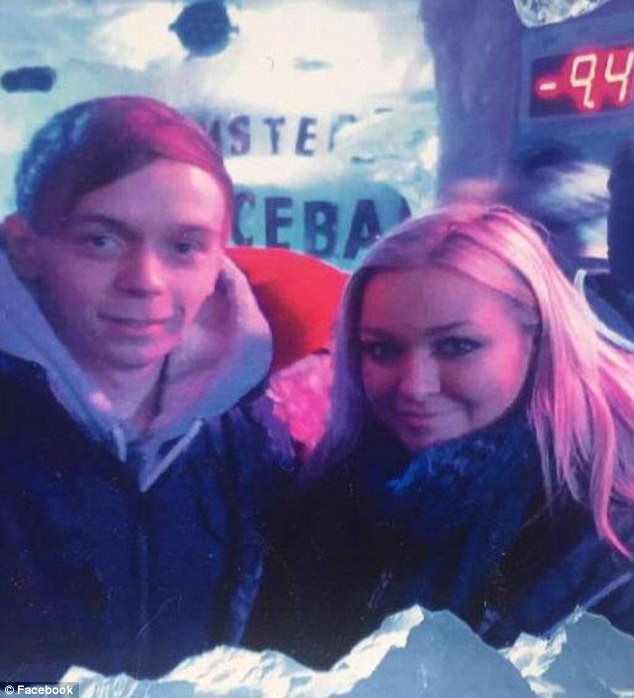 But, just over two years later she brought it to an end because of Addison’s jealous, abusive and controlling behaviour prompting Miss Coulter’s concerned mother to contact police.

Procurator fiscal depute Elizabeth Aitken said: ‘During the relationship he (Addison) would phone and text her very regularly.

‘He would frequently make remarks about where she had been, having gleaned that information as a result of his monitoring her.’

Addison often turned up at the shop she worked at in Glasgow and on one particular occasion shouted at her for what she was wearing.

Miss Aitken said: ‘He made abusive and derogatory remarks. He wanted her to wear clothing which concealed her figure and objected to her fitted work t-shirts.

‘He wanted her to wear her fleece which came down to below her bottom.’

A colleague noticed on another occasion Miss Coulter was visibly unhappy and nervous when Addison showed up.

Between January and May, he repeatedly turned up at her house uninvited and sat outside in his car. 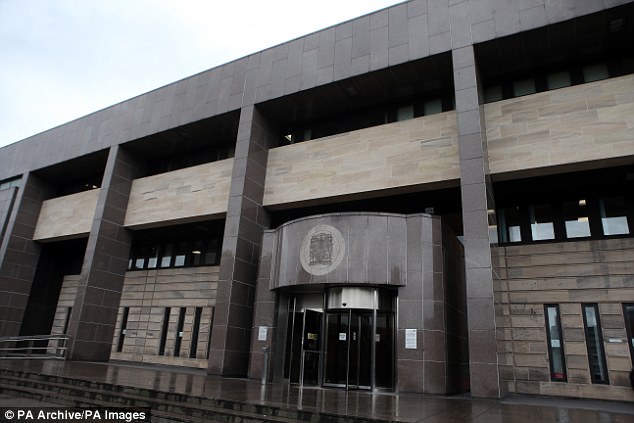 At Glasgow Sheriff Court, pictured, Addison pleaded guilty to stalking Miss Coulter by engaging in a course of conduct which caused her fear or alarm (stock photo)

Miss Aitken said: ‘On one occasion the accused came to the door at 3am asking to see Miss Coulter and did not appear to believe when he was told she was not home.’

Not taking no for an answer, he was allowed in to check for himself.

Miss Coulter ended the relationship in July 2016 but the volume of calls and texts increased.

He ‘constantly bombarded her’ with phone calls, emails, text and WhatsApp messages before she blocked him number.

Miss Aitken added: ‘Instead he began to send her hundreds of emails and changed the settings on his phone to an ‘unknown number’ so he could bypass the block and continued to bombard her with calls.’

The court heard that between August 11 and 12, Miss Coulter received 190 calls from him with 100 being made between midnight and 1am.

He sent around 1000 emails between July and September begging her to take him back, or being angry and threatening.

Miss Coulter described his behaviour as ‘relentless’ and said it ‘wore her down, making her feel fearful and constantly upset and tearful’.

Her mother became so worried she contacted the police in September last year and after investigations began, Addison was arrested in October.

Addison is no longer a serving police officer.