Matthew Morrison, 42, and his wife, Renee Puente, 36, have welcomed their second child.

On Monday People shared the Glee star and his spouse had their daughter Phoenix Monroe on June 28.  The couple already have a son named Revel James Makai, aged three.

‘We Rise! Our family is now complete. Welcome, Phoenix Monroe!’ the stars told the publication.

Happy at last: Matthew Morrison, 42, and his wife, Renee Puente, 36, have welcomed their second child 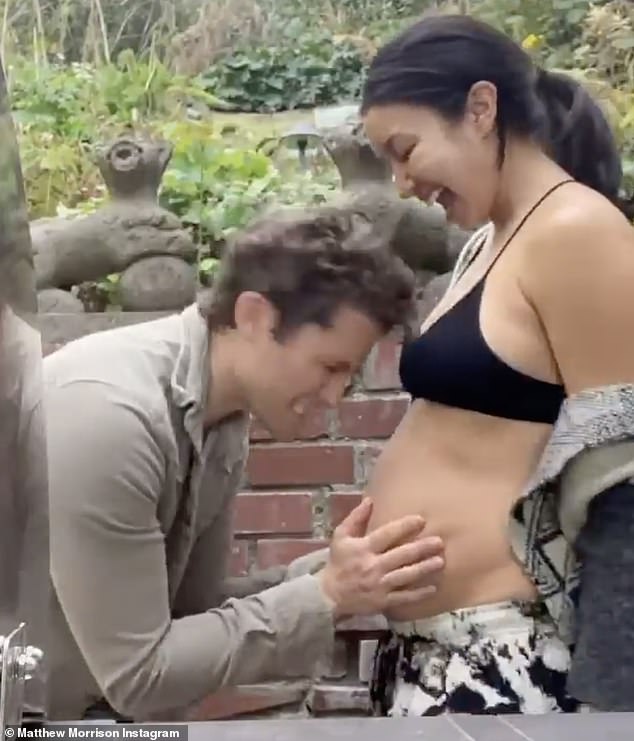 Thrilled: On Monday People shared the Glee star and his spouse had their daughter Phoenix on June 28. The couple already have a son named Revel James Makai, aged three. ‘We Rise! Our family is now complete. Welcome, Phoenix Monroe!’ the stars told People 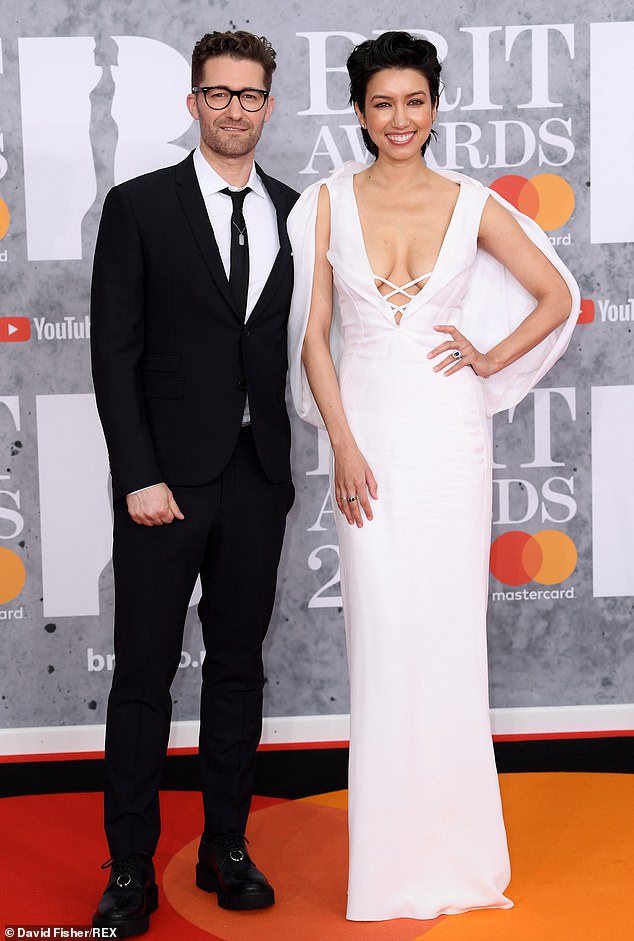 Power couple now a family of four: Morrison and Puente at the 39th Brit Awards in 2019

This is certainly had news for Puente who suffered a miscarriage last year.

‘I just went through one of the most vulnerable, raw, massive, confusing, just phenomenal experiences that a woman could ever endure,’ she said in October about the loss.

‘Matthew and I have been so intentionally trying to get pregnant and calling our child … I’m trying to call in my child that I know is waiting for us. And I want to just open my life and my arms to this human. And so on our second cycle of calling this child in, we got pregnant. And it was among just such extraordinary intention and love. I miscarried. I found out at four weeks and began the cycle of miscarriage on my sixth week.’

Morrison and Puente were first romantically connected in 2011, and the Tulip Fever actor popped the big question two years later.

The performer was previously engaged to actress Chrishell Stause in 2006, although the two broke off the engagement the following year. 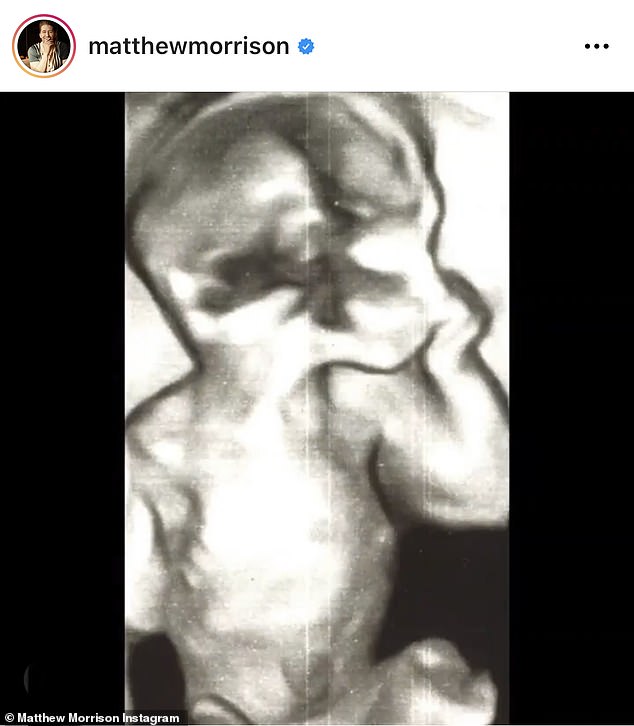 Another one: Earlier this year, Morrison took to his Instagram account to announce that he and Puente were expecting to welcome a second child into their lives

Morrison went on to announce that he would be expecting a second child earlier this year through a post shared to his Instagram account where he shared a picture of his child’s ultrasound.

The Broadway mainstay also wrote a lengthy message in his post’s caption where he reflected on his family’s experience quarantining together and expressed his excitement for adding another kid into the mix. 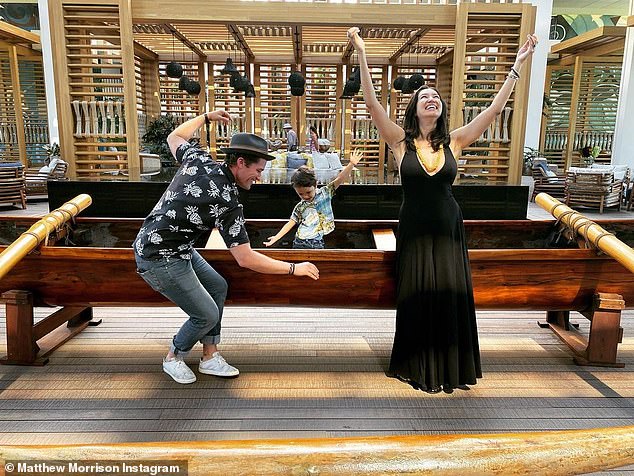 So much joy: The actor and his now-wife tied the knot in 2014 and went on to welcome their first son in 2017

The performer began his message by writing: ‘The thing that resonates most when I look back on this past year is the amplification of love that our little tribe has been gifted.’

Morrison then informed his followers that, although his wife experienced complications with fertility, they were happy to finally welcome another child.

‘After 3 miscarriages, a pandemic, and the loss of many loved ones…. Renee, Revel, and I are elated to be bringing a little joy into the world,’ he wrote.

The actor then expressed that he had learned about several new values that he and his spouse hoped to implement into their approach to raising their forthcoming kid. 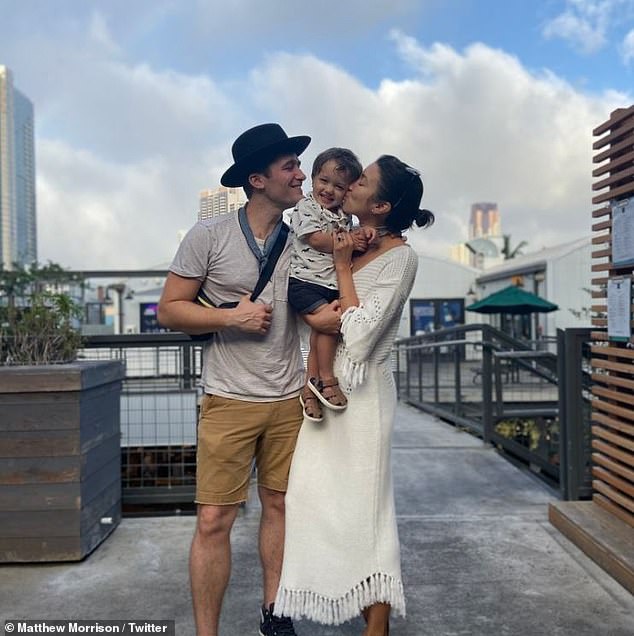 Looking up: Although the Broadway mainstay admitted that his wife experienced complications with fertility, he noted that they were ‘elated to be bringing a little joy into the world’ 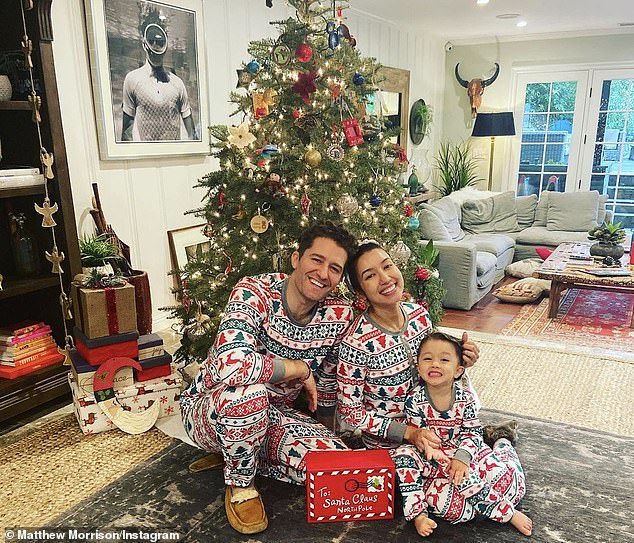 ‘Patience, reflection, and introspection are a few of the many tools that we have learned this year. And we are excited to bring those tools into our parenting,’ he expressed.

Morrison wrote that he was aware that his followers wanted to see his new kid and remarked that his wife and son were just as excited as he was.

He noted: ‘Can’t wait to meet our little baby boy/girl? Who knows! We are waiting for the big day to greet the being that will change our family yet again!’ 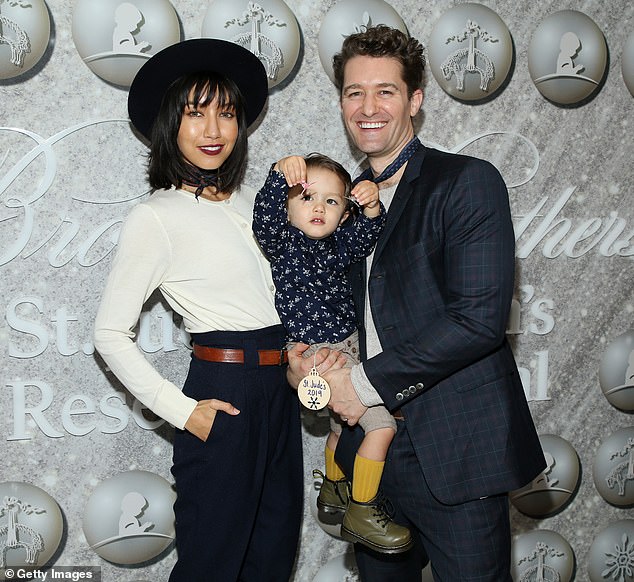 Happy dad: Morrison specifically pointed out that quarantining with his family had taught him ‘patience, reflection, and introspection’; he is seen with his wife and child in 2019