There was plenty of drama throughout the match – as Argentina booked their place in the semi-finals of the World Cup – before Agüero clashed with two-goal hero Weghorst.

The duo came head-to-head in the tunnel after the match before Aguero later mocked Holland for the defeat with a string of social media posts that evening. 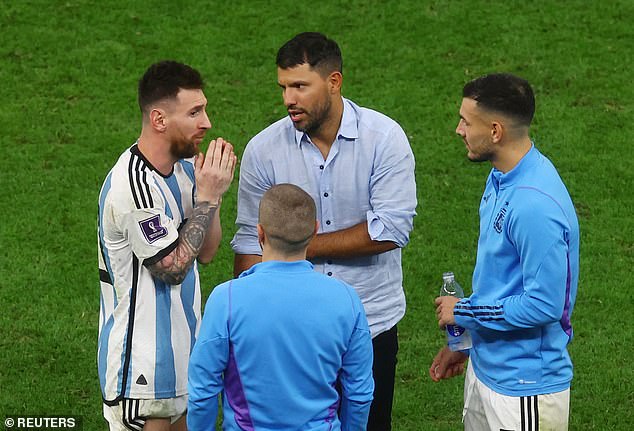 Tensions were high after Argentina secured a penalty shootout win over Holland – after drawing 2-2 in extra-time – before footage showed the two clashing.

In the clip, the Dutch striker is seen standing in the tunnel – seemingly waiting for something or someone – before Agüero enters the frame and starts yelling: ‘Shut up!’

Weghorst was left bemused by the retired star’s instructions and quickly barked back at him. He claimed he was waiting to shake the hand of someone – likely an Argentina player or a match official.

Argentina duo Lisandro Martinez and Lautaro Martinez both intervened and attempted to diffuse the situation before Agüero was pulled to one side. 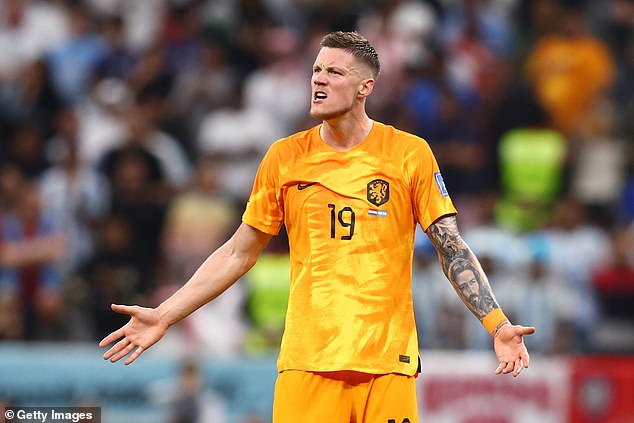 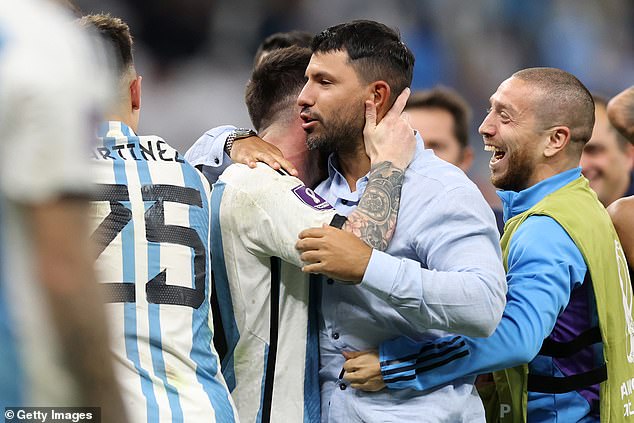 Even after the clash in the tunnel, Agüero refused to leave the result alone and took to social media to post a string of Tweets mocking Holland after their defeat.

A viral image showed the Holland squad dejected after their shootout defeat – with the Argentina players screaming in joy – to which Agüero reposted it with the caption: ‘Go play fifa’.

Another clip showed Lionel Messi confronting Weghorst during his post-match interview, which Aguero jokingly captioned: ‘When they look at your girl’ with a couple of laughing emojis.

He shared another lighthearted message when a fan asked how his heart was feeling – given the fact he retired due to a heart condition – to which he replied: ‘The doctor wrote to me several times, so imagine.’ 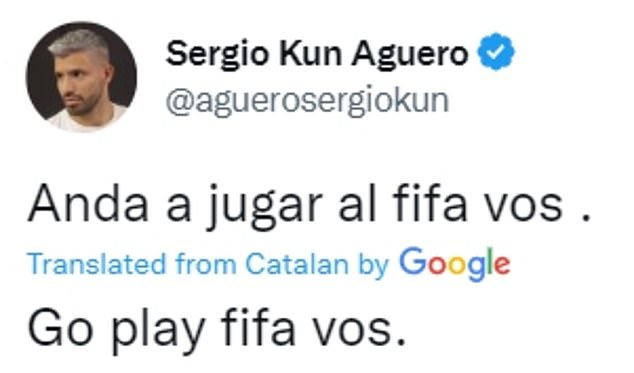 The quarter-final clash was filled with drama as the two sets of players clashed on numerous occasions throughout the game.

Argentina took a two goal lead before Holland’s Weghorst scored a late brace to bring the scores level in the dying moments of the game.

At that point, the game erupted beyond the referee’s control as a number of on-field brawls began playing out. 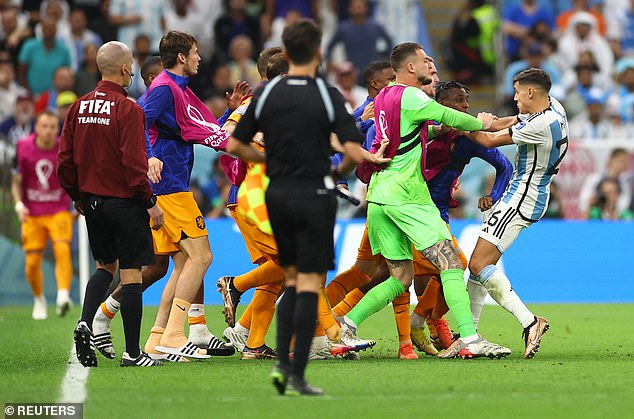