A young couple who suffered serious burns to their faces in a gas explosion on the Gold Coast early on Friday morning have been identified as James Rutland and Jessica Horsley.

The couple were in the midst of planning the opening of their new business, Local Harvest Cafe Robina, with Ms Horsley sharing her excitement in an Instagram story just hours before the blast occurred.

‘Sweet treats in the making’ read the post, which shared a video from the inside of the cafe’s kitchen.

Rutland, 26, and Horsley, 23, had been gleefully posting a countdown to the grand opening on social media, with the devastating explosion occurring just weeks before they planned to open its doors.

For the past week the couple had been eagerly advertising the cafe’s August 2nd opening date with daily updates and a free coffee promotion posted to social media.

’19 days and counting until we open! Who will be us on open day?’ a recent post read.

The latest update shared to the Instagram was made a day ago with Ms Horsley celebrating the arrival of the cafe’s new logo.

‘Local Harvest Cafe finally have its own fresh look’ the post reads.

Ms Horsley made another heartbreaking post moments before the tragic incident happened.

In an Instagram story, the couple hinted they were in the process of preparing baked treats, posting a video of baking ingredients and tagging her chef partner from the cafe’s kitchen. 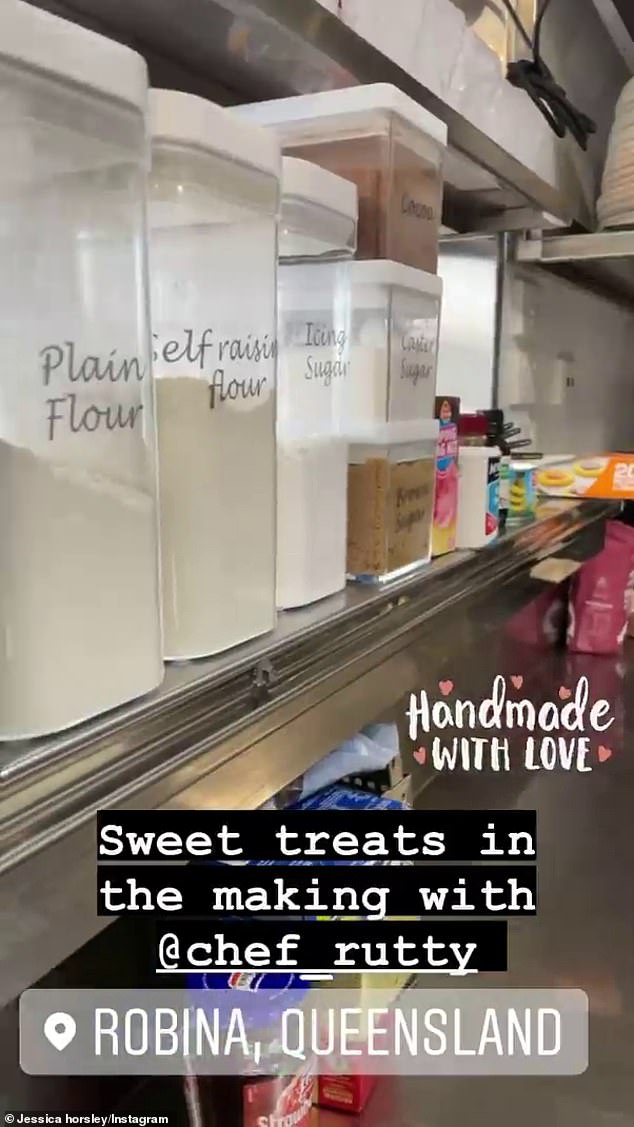 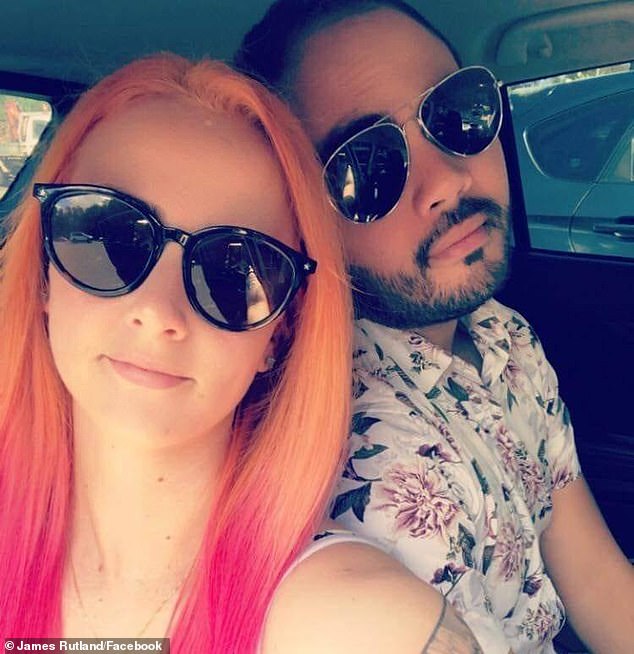 The couple sustained significant burns to their faces, limbs and abdominal areas after the gas explosion on Friday

Paramedics were called to the scene at around 12.15pm, after a gas bottle set off an explosion while the couple were testing equipment.

Mr Rutland and Ms Horsley were rushed to Royal Brisbane and Women’s hospital in a serious but stable condition, suffering significant burns to the face, limbs and abdomen.

‘A 26-year-old male and a 23-year-old female were … setting up the kitchen within [a] new coffee shop,’ Queensland Ambulance Service spokesperson Andre Gollop said.

‘When they were testing the gas system, they’ve had a flash explosion occur and both the male and the female occupants have sustained pretty significant burns to their arms, legs, their torso, and their faces.’ 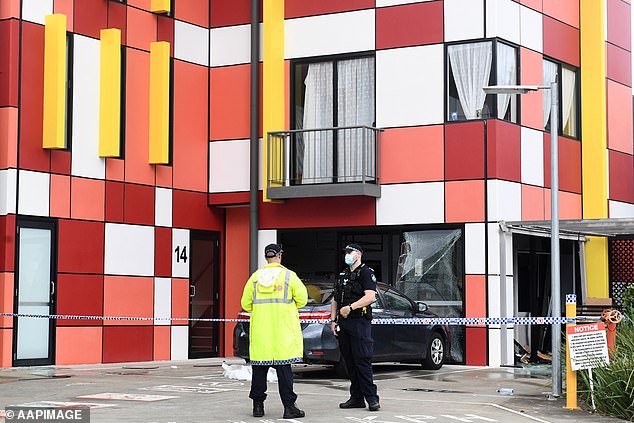 A gas explosion in a Robina cafe (pictured) has left two workers with severe burns to their face, limbs and abdominal regions at about 12.15pm on Friday 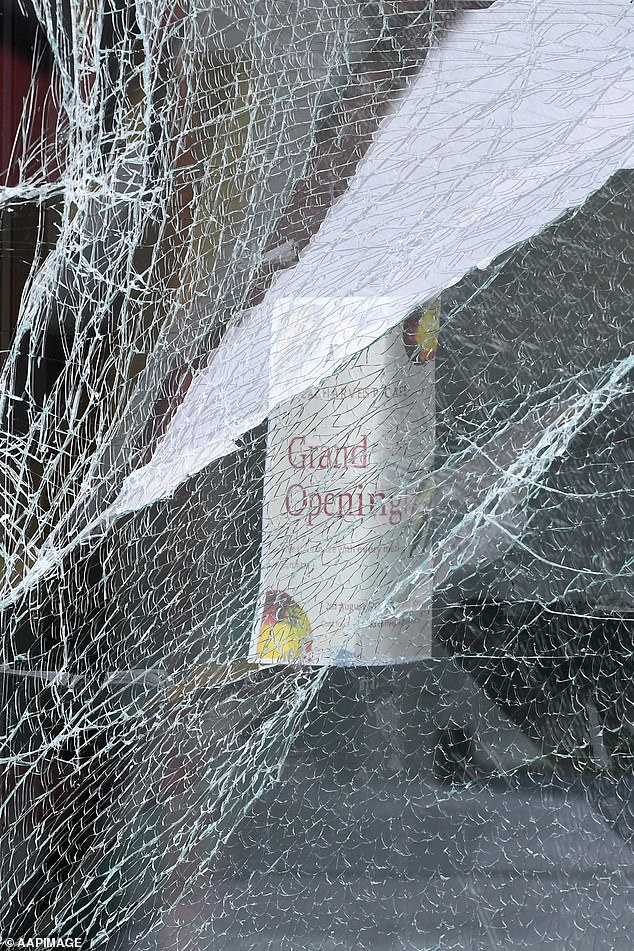 The workers were said to be testing gas equipment when the blast occurred, and a man, 26, and a woman, 23, have been taken to Royal Brisbane and Women’s Hospital where they are in a severe but stable condition

Witness Josh Waddell works in the same estate as the café formerly known as Otve, and told Daily Mail Australia the two people inside appeared to be badly burnt.

‘Everyone immediately ran out and tried to attend to them,’ he said.

‘Lucky the [Robina] police station is directly across the road,’ he said. ‘They came quickly to cover them with towels.’

Mr Waddell said the café had recently been taken over and he has seen the new owners preparing over the past two weeks for the grand opening as Local Harvest café.

‘We were all evacuated down the road.’

A Toll courier said he’d been about to enter the cul-de-sac to deliver a package to the building next door to the café when he heard the explosion.

‘It was just this incredibly loud bang and then the sound of glass hitting the concrete outside,’ he said. 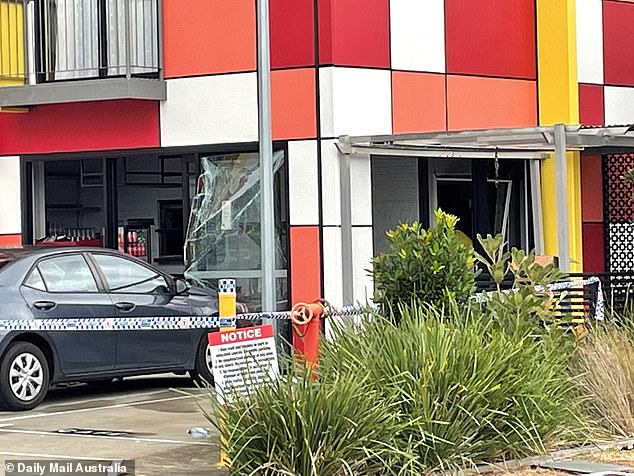 The injured couple have significant burns to their faces, limbs and abdominal area, the Queensland Ambulance Service said 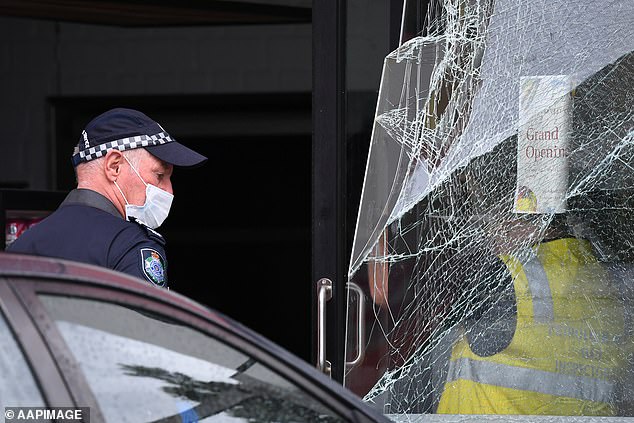 Valerie De Jersey heard the explosion and saw the windows of the café explode while dropping off her friend at a nearby business. Pictured: Cops at the scene 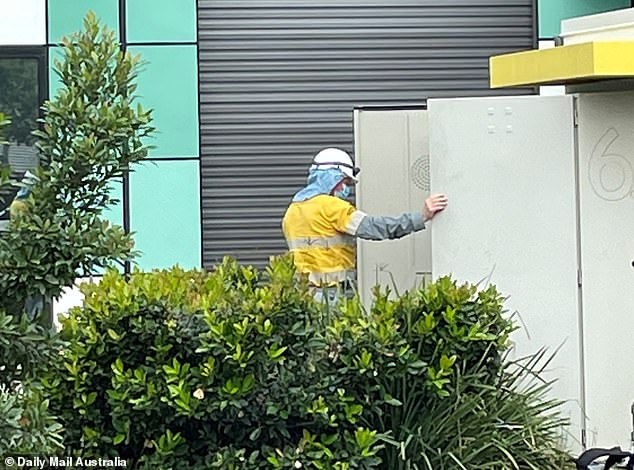 Sergeant Matt Howard from the neighbouring police station told media that officers had run across the road to enter the café and turn off the gas bottle.

Valerie De Jersey heard the explosion and saw the windows of the café explode while dropping off her friend at a nearby business.

‘It happened as we drove in,’ Ms De Jersey told The Courier Mail.

‘I just pulled up here and the window just blew out, literally just blew out. They (the cafe owners) ran out screaming for help and I ran over to see what I could do to help.

‘The police ran across and put towels and water on them. They were pretty badly burnt and shaken.’

Police remain at the scene as maintenance workers checked nearby connections to ensure there were no further leaks.