Goldie Hawn, 75, and Kurt Russell, 70, are the picture of lasting love as they walk arm-in-arm following lunch date in Brentwood

They’ve been together for 38 years.

And Goldie Hawn and Kurt Russell were the image of lasting love on Saturday afternoon while out grabbing a bite to eat at the Brentwood Country Mart.

During their outing, Goldie, 75, was seen tenderly holding on to the 70-year-old actor’s arm as they strolled.

Loved up: Goldie Hawn, 75, and Kurt Russell, 70, enjoyed some quiet time together when they headed out for a bite to eat in the Brentwood section of Los Angeles on Saturday

Even though she was wearing a face mask in the face of another surge of COVID-19, Hawn’s effervescent personality still shined through.

At 75, Goldie’s figure still looked fit while dressed in black sweatpants and a black tank top.

She completed the casual getup with a pair of bright white sneakers.

The Oscar-wining actress had her blonde tresses styled long and flowing well past her shoulders, with some added volume and a partial center part. 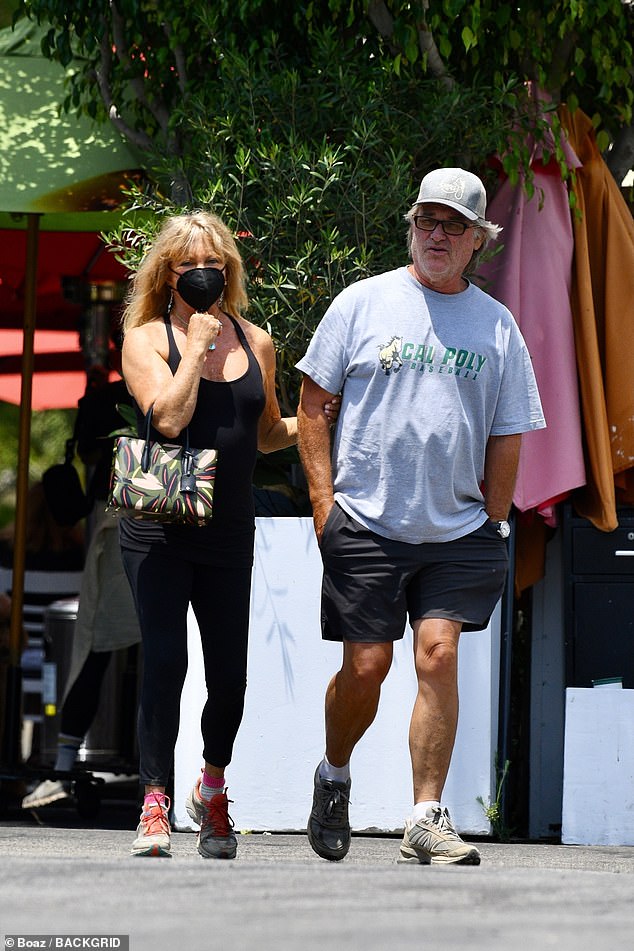 Hollywood romance! Both dressed casually, the couple have been an item for more than 38 years and counting

It was the Private Benjamin star’s subtle touch of hand holding that made it more than apparent that they still have a strong bond as they near four decades as a couple.

Russell, 70, kept it super casual in the fashion department in black shorts and a grey Cal Poly t-shirt.

Taking a note out of Goldie’s book, Kurt also decided to kick around in a pair of white running sneakers. He had a baseball cap over his outgrown greying locks.

Earlier this month, the couple were seen packing on the PDA as they cruised down the French coast to Saint-Tropez aboard a luxury boat while in the area for the Cannes Film Festival. 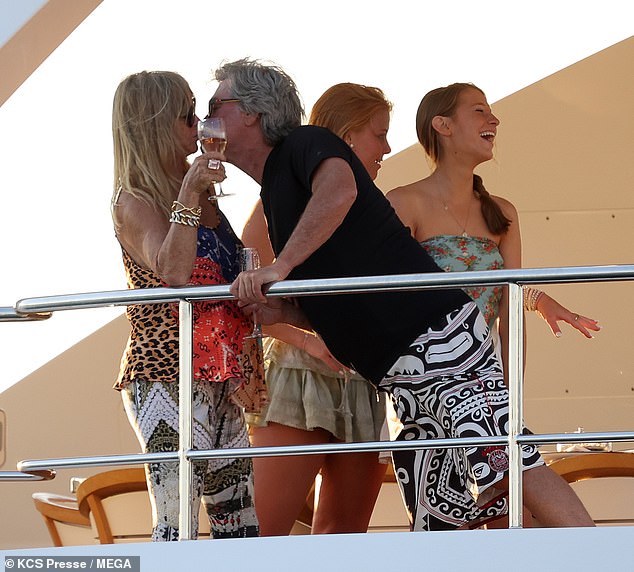 Packing on the PDA: Earlier this month, Hawn and Russell were seen sharing a number of kissed when they cruised down the French coast to Saint-Tropez aboard a luxury boat while in the area for the Cannes Film Festival

Some might say their relationship had some destiny involved, being that the pair met on the set of The One And Only, Genuine, Original Family Band in 1966, when Russell was 16 and Hawn was 21.

Although Hawn thought the Disney star was ‘adorable’, she also knew he was ‘much too young.’

But they crossed paths for a second time while shooting their second film together, 1983’s Swing Shift, which inspired romantic feeling between the pair.

Goldie and Kurt share son Wyatt Russell, 33, and Russell has been more than a step-dad to Hawn’s daughter Kate Hudson, 42, and son Oliver Hudson, 44, that she had while still married to ex-husband Bill Hudson. 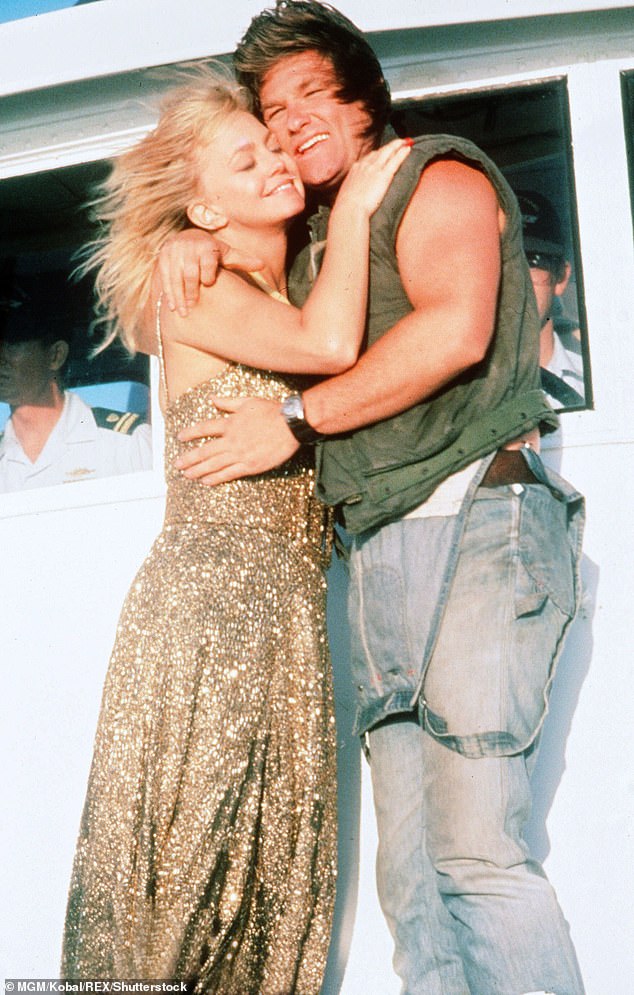 Longtime loves: Hawn and Russell first met in 1966, but didn’t start dating until 1983 while on the set of Swing Shift; they are pictured during the shoot for 1987’s Overboard