Gone with the Wind is back on HBO Max, two weeks after it was temporarily removed over concerns about its depiction of slavery.

The movie returned to the streaming platform on Wednesday with an added video disclaimer that states the film ‘denies the horrors of slavery’.

It now opens with a four-minute introduction discussing the movie’s depiction of race in the Civil War era and ‘why this 1939 epic drama should be viewed in its original form, contextualized, and discussed’.

The film ‘presents the antebellum South as a world of grace and beauty without acknowledging the brutality of chattel slavery upon which this world was based’, TCM host and film scholar Jacqueline Stewart says in the introduction. 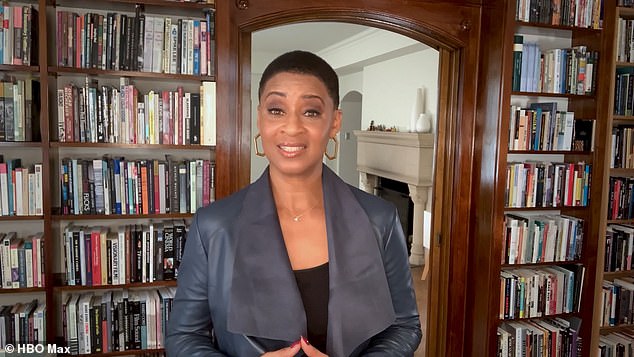 ‘Eighty years after its initial release, “Gone with the Wind” is a film of undeniable cultural significance,’ Stewart adds.

‘It is not only a major document of Hollywood’s racist practices of the past but also an enduring work of popular culture that speaks directly to the racial inequalities that persist in media and society today.’

Stewart recalled that the film won eight Academy Awards, including best picture, and set a milestone when supporting actress Hattie McDaniel, who played a maid, became the first African-American actor to win an Oscar.

She also noted that at the Oscar ceremony McDaniel had to sit at a table far apart from her white cast members because of racial protocols at the time.

‘The film has been repeatedly protested, dating back the announcement of its production,’ Stewart says.

‘Producer David O. Selznick was well aware that Black audiences were deeply concerned about the film’s handling of the topic of slavery and its treatment of Black characters.

‘Watching “Gone with the Wind” can be uncomfortable. Even painful. Still, it is important that classic Hollywood films are available to us in their original form for viewing and discussion,’ Stewart continues. 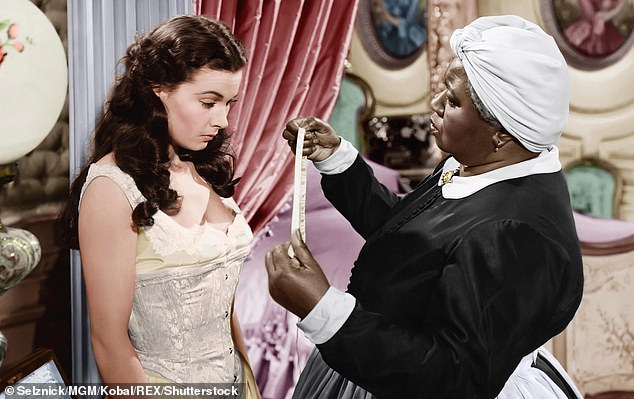 The movie set a milestone when supporting actress Hattie McDaniel (pictured), who played a maid, became the first African-American actor to win an Oscar 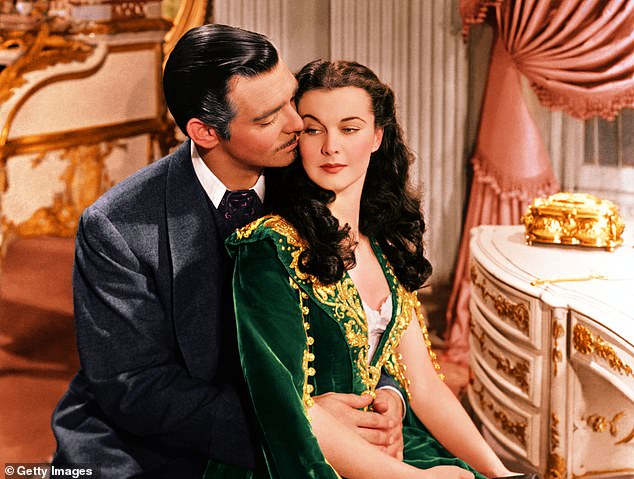 Gone with the Wind, starring Clark Gable and Vivien Leigh, was temporarily removed from streaming service HBO Max on June 10 over concerns of its depiction of slavery 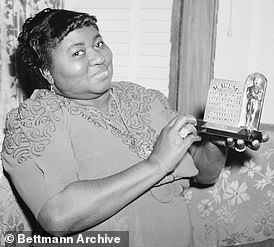 Hattie McDaniel with her 1940 Oscar

‘They reflect the social context in which they were made, and invite viewers to reflect on their own values and beliefs when watching them now.’

The newly returned movie is also accompanied by a recording of a panel discussion about the movie at the Turner Classic Movie (TCM) festival in 2019.

‘The Complicated Legacy of Gone With the Wind’ is an hour-long discussion moderated by author and historian Donald Bogle.

The Oscar-winning 1939 film was pulled from the HBO Max platform in June 10 as the United States began a mass reckoning with systemic racism triggered by nationwide protests over police brutality.

HBO Max, a unit of WarnerMedia, said at the time that it would return with a discussion of its historical context.

The Civil War epic, starring Clark Gable as Rhett Butler and Vivien Leigh as Scarlett O’Hara, is based on a novel written three years previously by Margaret Mitchell.

It tells the story of a turbulent romance during the Civil War and Reconstruction period. Hattie McDaniel, who would’ve been 127 today, won the Academy Award for Best Supporting Actress, becoming the first African American to win an Oscar.

Yet the film has been viewed through a more critical lens in recent years, with many questioning whether a film that glosses over the horrors of slavery should still be shown.

In the light of the killing of George Floyd on May 25, the debate has gained added power.

HBO Max eventually made the decision to temporarily pull it from the platform after John Ridley, screenwriter for 12 Years A Slave, wrote in the Los Angeles Times that the film should potentially be removed.

The film was controversial from the beginning, however.

African American film critic Earl J. Morris, who wrote for the black Pittsburgh Courier newspaper, urged readers to write to the Motion Picture Producers Association and demand that the ‘n-word’ be removed from the script, because it featured heavily in the novel.

Morris also reported that many black actors refused to take the demeaning roles, but added that ‘we cannot criticize’ the black actors, ‘for they are economic slaves.’

When the movie was released in January 1940 the NAACP criticized McDaniel, who played Mammy, as an ‘Uncle Tom.’

McDaniel reportedly responded by saying she would ‘rather make seven hundred dollars a week playing a maid than seven dollars being one.’

McDaniel was seated at a table in the back during the Oscars, separate from the rest of the cast and crew.