A Good Samaritan went the extra mile to stop a motorist from ruining their car after finding a branch sticking out of the radiator.

TikTok user Karen’s Husband spotted a note taped to the window of a hatchback in Woombye, Queensland, warning the driver a branch had been impaled into the car.

‘Please do not drive this car. You have a stick poking out of your radiator and the water has leaked out,’ the note read.

‘If you drive the car it will seize in under a minute.’

Some social media users praised the anonymous Good Samaritan for taking the time to print the warning letter.

‘Nice of the person to leave a detailed note though,’ one user replied.

‘Good on the person who left the note,’ another added.

However other users were suspicious of the note being printed out and not hand written.

‘Somebody walking around with lots of printed copies and sticks to ruin people’s day,’ one user alleged.

‘What criminals!! Had typed a sheet out, they set you up!’ another wrote. 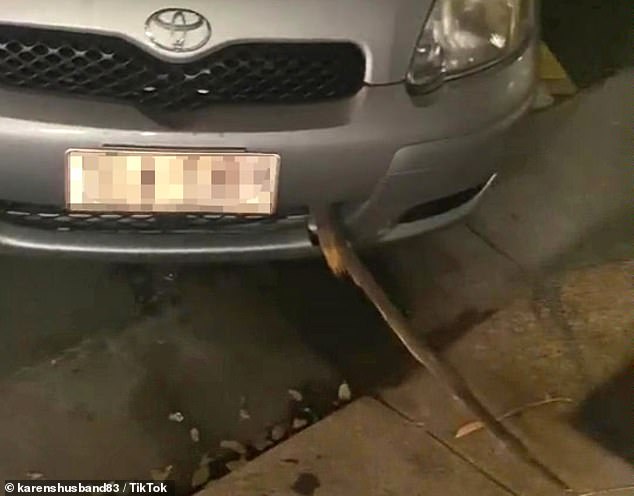