‘Goodbye to one of my testicles’: Australian larrikin urges men to get checked for common cancer

‘Goodbye to one of my underwhelming testicles’: Office worker urges men to see a doctor after he noticed something ‘wasn’t quite normal’ and was diagnosed with a deadly cancer

An office worker has urged men to get checked by a doctor after he noticed a lump on one of his testicles that turned out to be a deadly cancer.

Sydney office worker Josh Ellice-Flint noticed something ‘wasn’t quite normal’ and told his partner Elizabeth, who forced him to go and see a doctor.

Mr Ellice-Flint was quickly diagnosed with testicular cancer and had life-saving surgery to remove one of his testicles.

The 30-year-old is raising money for men’s health this month through Movember, and took to his Instagram to share his story.

‘Based on an ultrasound scan it looks like testicular cancer, however, other than officially becoming a one nut Beta for the rest of my life, happy to say my CT scan was clear and it doesn’t look like anything has spread.

‘Thank you so much to all my friends and family for your amazing support. You’ve all been incredible and I’m very grateful you all put up with me on a regular basis.’ 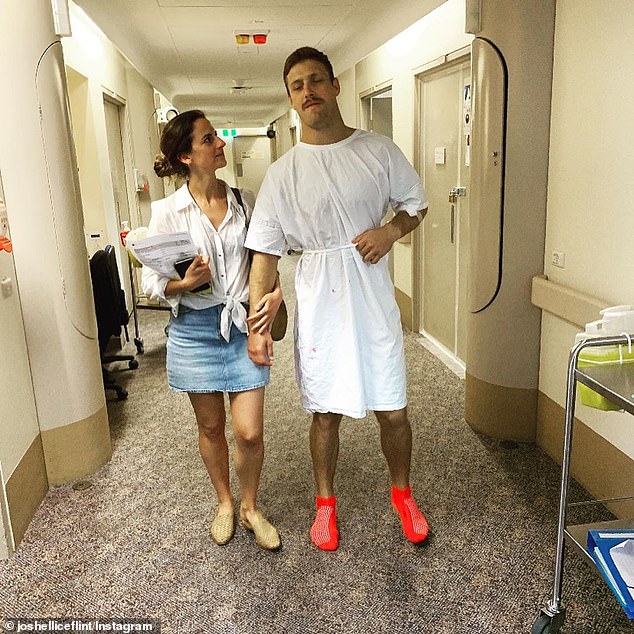 Mr Ellice-Flint (pictured with partner Elizabeth) had the testicle removed, and is using his social media channels to tell men to get themselves checked, while raising money through Movember

Testicular cancer is the most common form of cancer for males between 15 and 39, with early detection giving men the best chance of survival.

Mr Ellice-Flint left a message to his followers to get checked and keep an eye out for a mate in need.

‘I’m not usually one to talk about myself or my feelings, but I felt an obligation to highlight the importance of this month. If there’s a bump where it shouldn’t be, or an ache you feel like you’re man enough to handle – don’t ignore it,’ he said.

‘If a mate’s gone quiet and doesn’t seem himself – don’t ignore him – he’s just a call away.’

Mr Ellice-Flint has raised more than $2,600 in his Movember campaign. 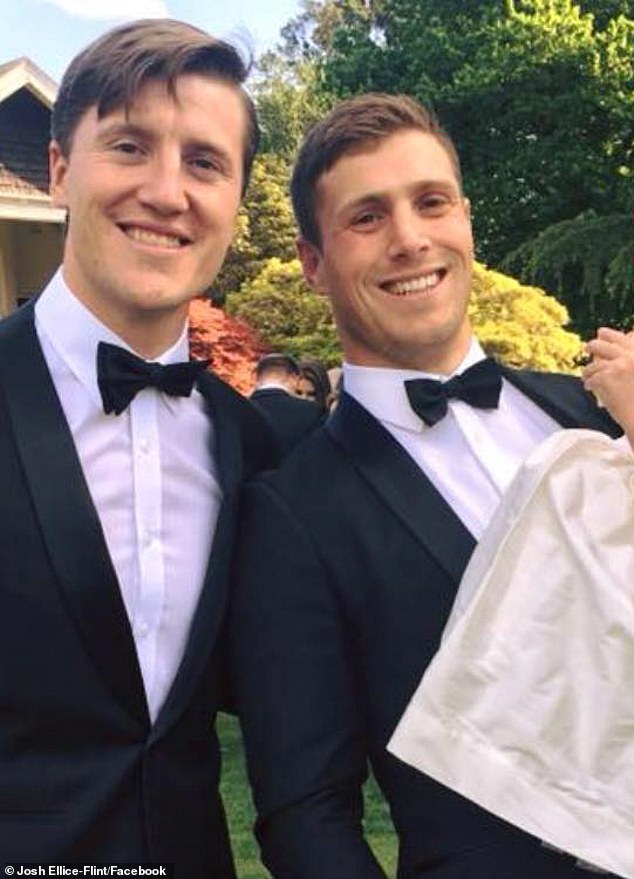 ‘If there’s a bump where it shouldn’t be, or an ache you feel like you’re man enough to handle – don’t ignore it,’ Mr Ellice-Flint posted