Users of Amazon’s Fire Stick and Google’s Chromecast will be happy to know that a fight limiting their capability to use flagship apps from both companies has been put to rest.

For the first time since 2017, users of Amazon’s Fire Stick will be able to use the official YouTube app to stream content while users of Google’s Chromecast will now be able to stream videos using Amazon Prime.

The announcement from the companies ends fallout from a spat stemming from Amazon’s refusal to sell certain Google products on its platform — among them, the Google Home and Nest camera products.

Streaming battles between Google and Amazon may have quieted, but the broader market is seeing more competition than ever.

Because of what Google described as a ‘lack of reciprocity,’ according to a Reuters report, the company pulled the YouTube app from the Amazon Fire Stick and in in response Amazon disallowed Prime video capabilities on Chromecast, the Fire Stick’s Google-backed competitor.

‘We are excited to work with Amazon to launch the official YouTube apps on Fire TV devices worldwide,’ said Heather Rivera, Global Head of Product Partnerships at YouTube in a statement.

‘Bringing our flagship YouTube experience to Amazon Fire TV gives our users even more ways to watch the videos and creators they love.’

While Amazon Fire Stick users were able to subvert Google’s blockade by using a third-party app that gave access to the YouTube website, a company-sanctioned app will allow for a more feature-complete viewing experience, giving the option to stream in 4K at 60 FPS and seamlessly switch between YouTube Kids and YouTube TV.

As Google and Amazon put their squabbles to rest, elsewhere in the market, the streaming wars are just beginning with added competition from several major media players. 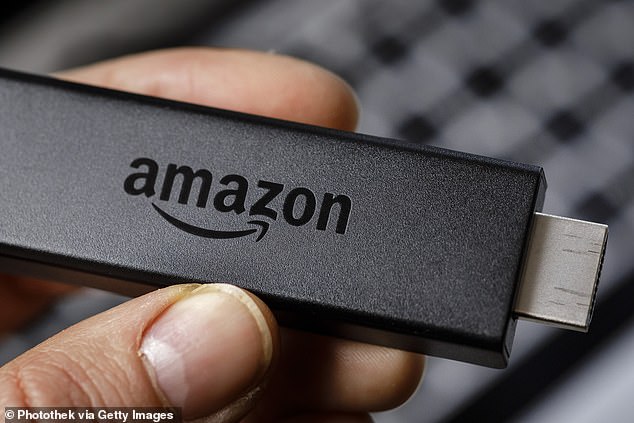 Recently, Apple has entered into the business of original content, using a keynote address in March to outline its plans to deliver Apple TV+ with contributions by director M. Night Shyamalan and Oprah among others. The company said it will roll out the service this fall.

Adding pressure on streaming stalwarts like Netflix and Amazon will be arguably the most powerful player in media of them all, Disney.

This month Disney announced that it will begin offering their own service called Disney Plus — a paid subscription service that will offer exclusive content including, movies, TV shows, and documentaries.

Among the day-one offerings from the new service will be an array of Marvel content including Captain Marvel, Iron Man 3, and multiple installments of the Thor series.

Disney, which recently increased its stake in the streaming service Hulu, announced this month that it that it will likely begin to bundle services together that will include Disney+, Hulu, and ESPN+ for one price.

WHAT SHOWS WILL BE AVAILABLE ON APPLE’S NEW NETFLIX-RIVAL STREAMING SERVICE?

Apple is making a billion-dollar bet on its own on-demand television service that is tipped to launch in 2019.

The streaming platform, which will rival popular services Netflix and Amazon Prime Video, is set for release as early as next March, reports suggest.

Since October 2017, the firm has bought a dozen projects – nine of which have been green-lit for a full series.

The programming would only be available on a subscription channel, most likely bundled with the company’s existing Apple Music streaming service.

According to sources close to the project, several of the projects have been delayed by Apple, which has pushed back on mature content.

M. Night Shyamalan’s show has reportedly been pushed back because Apple requested the removal of crucifixes from the house of the main characters.

The news network drama series has also been pushed back because execs were hoping for a more ‘upbeat’ show.