Google and Facebook swap the gun emoji for a water gun

Google and Facebook are following in the footsteps of other tech giants by changing their pistol emojis into a toy water gun.

The change should already be accessible for Android users via a software update, according to Emojipedia.

Facebook has confirmed that the toy squirt gun will soon replace the pistol emoji after it consults with the Unicode Consortium, the group that establishes standards for emojis.

Google said it’s swapping out the pistol emoji for a squirt gun, following in the footsteps of several other tech giants. The update is rolling out to Android users in a software update

Apple was the first to lead the charge when it eliminated its hand gun emoji in 2016, swapping it out for bright green toy water gun.

Now, Microsoft is the lone holdout that still features the realistic handgun emoji.

That fact is particularly ironic given that Microsoft initially had a 50’s style ray gun emoji between 2013 and 2015.

But in 2016, the software giant controversially decided to use a pistol emoji instead of the ray gun. 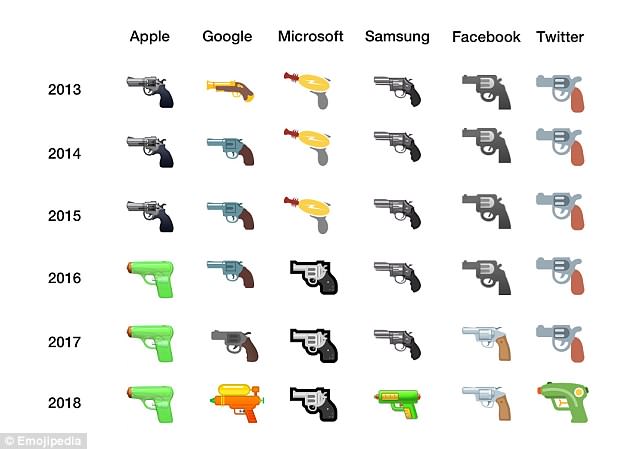 Almost every major tech giant has switched out the realistic pistol emoji for a toy water gun, except for Microsoft. It used a ’50’s style ray gun until 2015, before bringing back the gun

Microsoft said at the time that it switched to a pistol so that emojis would appear properly between different platforms.

However, now that every other major tech firm has or plans to transition to using a water gun, it seems likely that Microsoft will make the move as well.

Across all the platforms, Google seems to have changed its gun emoji the most frequently.

The firm told Emoji Wrap in 2016 that it was cautious about swapping out the gun emoji for the bright green water gun, as it wanted to be compatible with other systems.

Google has frequently changed its gun emoji over the years to be in uniform with what other platforms were using, Emojipedia noted. It’s now adopting the water gun emoji 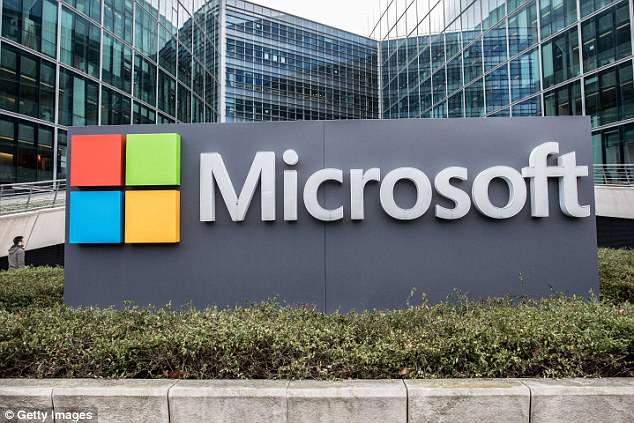 Microsoft still features the pistol emoji instead of the water gun. Now that every other tech firm has transitioned to using a water gun, it seems likely that it will make the move as well

But as more and more tech companies have adopted the water gun glyph, others have followed suit.

It also isn’t the first time that Google has been wrapped up in a controversy surrounding emojis.

Last November, the firm was enveloped in ‘burgergate’, which involved how its cheeseburger emoji was designed.

While Apple and many other companies designed their cheeseburger emoji with the cheese on top of the patty, Google faced scrutiny for placing the cheese beneath the burger patty.

Google’s CEO Sundar Pichai said he would ‘drop everything to correct the issue and the change was made in Android 8.1.

WHAT EMOJIS DID APPLE PROPOSE DEPICTING PEOPLE WITH DISABILITIES?

Apple has proposed 13 emojis that are meant to represent several kinds of disabilities.

Once approved by Unicode, the emojis could appear on your smartphone by March 2019.

The emojis proposed include: 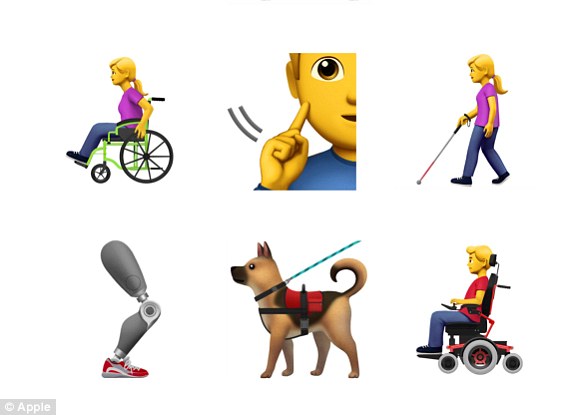