Pichai began his keynote speech by jokingly addressing a ‘major bug’ that the firm had to deal with this year – referring to ‘burgergate’, when users criticized where the cheese was placed on the firm’s burger emoji.

He shifted to a more serious topic, explaining that expectations are greater than ever before about how technology affects society, saying that while it can create a positive impact, we ‘can’t just be wide-eyed’ and need to address the negative consequences, too.

The firm made some significant announcements around Google Assistant, its latest mobile OS Android P, Google Lens, Google Photo and Waymo, among other areas.

Pichai announced that its AI Assistant is getting six new voices, to make it more conversational and natural.

The goal is to capture dialects, languages and accents more accurately and realistically on a global scale, the firm said.

What stole the show, however, was when Google announced that award-winning R&B artist John Legend would be voicing some commands for Google Assistant.

Google also surprised viewers when it debuted a new Duplex tool that enables Assistant to call businesses and schedule appointments or make reservations.

In a live conversation, Assistant is able to field many questions and even knows to ask how long the wait is without being prompted. 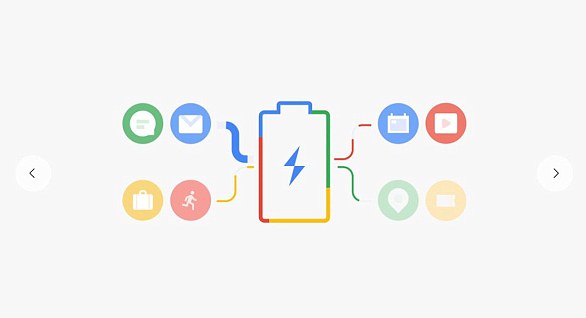 Plenty of new features are on the way with Android P, including ‘Digital Wellness’ tools to limit screen time, iPhone X-like gesture controls and AI to extend battery life

Google revealed new details about Android P, which is the successor to its Android O, or Oreo, software that currently runs on billions of smartphones.

Plenty of new features are on the way with Android P, including ‘Digital Wellness’ tools to limit screen time, iPhone X-like gesture controls and sophisticated AI to extend your phone’s battery life.

Google also unveiled a suite of ‘Digital Wellbeing’ apps aimed to cut down on screen time and smartphone addiction.

Other new features include App Actions, which try to predict which apps you use most and least often, as well as ‘Slices’ which shows snippets of apps in other application windows to help with multitasking.

To download Android P beta, users have to sign up to be a part of the Android Beta Program. 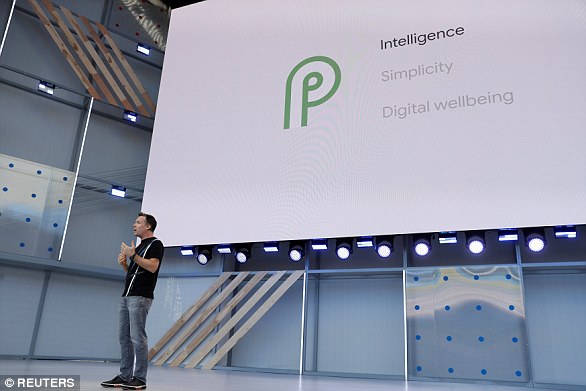 Other new Android P features include App Actions, which try to predict which apps you use most and least often, as well as ‘Slices’ which shows snippets of apps in other application windows to help with multitasking

Waymo’s driverless car service is heading to Phoenix before the end of the year.

CEO John Krafcik took to the stage at Google’s I/O 2018 developers conference today to reveal the firm’s plans to extend its self-driving car rides to members of the public in just a matter of months.

Waymo has been testing out the technology on public roads in the metropolitan area through it’s ‘early riders’ program – but soon, anyone will be able to download the app and hail a ride.

According to Krafcik, Waymo’s driverless ride-hailing service will be available to the public in Phoenix later this year. 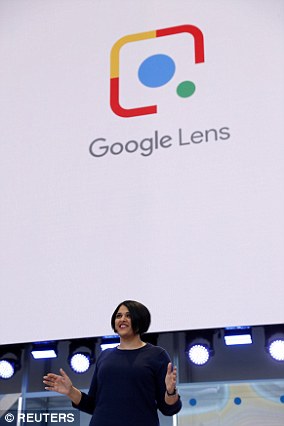 After passengers book a ride through the app, he says an autonomous vehicle will pull up and ‘whisk them away’ to their destination.

It uses machine learning and AI to help identify objects and answer questions just by using the smartphone’s camera.

Now Google Lens is getting some major updates, arriving in the cameras of many major smartphones and new features like ‘Smart Text Selection’ and ‘Style Match’.

Smart Text Selection allows you to copy and paste words from the real world right onto your smartphone’s screen, just by highlighting them, while Style Match lets you point your camera at an outfit, which prompts the phone to serve up suggestions for items that are similar to what it sees.

Those features are expected to arrive in the coming weeks.

Google Photos is also getting a variety of useful tools, like suggested actions that give you the option to brighten, share rotate or archive a photo.

An even cooler feature allows users to instantly colorize old black-and-white photos, or pop out one color and keep the background greyscale.

Google says these features are expected to arrive on the Google Photos app soon. 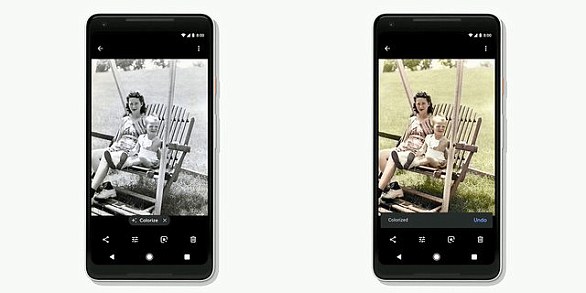 An even cooler feature, coming soon to Google Photos allows users to instantly colorize old black-and-white photos, or pop out one color and keep the background greyscale

Google is working on some nifty new features for Google Maps, including a short list of your favorite places, the possibility of a ‘virtual positioning system’ and more.

Assistant is coming to Google Maps in a big way, with a ton of new shortcuts, as well as the ability for the digital assistant to text your friend when you’re on your way.

Google is rolling out a tool called ‘Your Match’, which uses machine learning to determine your location and interests, serving up targeted suggestions for new businesses opening up in your area and more. 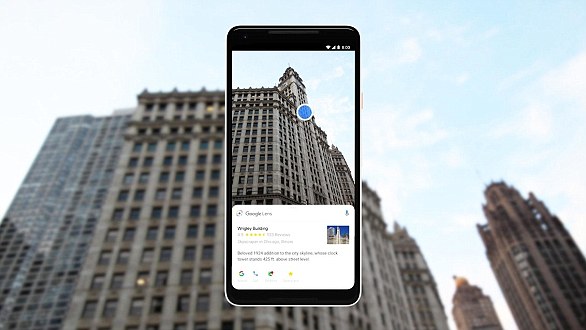 Google Lens is getting some visual features, like info cards that pop up in the app to tell you which building your looking at, in this case the Wrigley Building in Chicago

From there, users can create a shortlist of their favorite destinations that they can share with their friends.

And Google could soon roll out a new version of maps that addresses an age-old issue where you’re unable to figure out which way is North or South.

Instead, a new version of Maps would use Google Lens to show you on-screen which way to go, as well as insert a playful assistant, in this case a fox, to help guide you on your way.