A Google Maps car captured the exact moment a man fell backwards down a set of stairs in front of a home in New Jersey.

The vehicle equipped with 360 cameras was driving down Willow Avenue in Hoboken when it approached the man just as he appeared to miss a step and lose his balance.

He tried to catch the wrought-iron railing but failed, finding himself hurtling backward as the cameras recorded his dramatic tumble from three angles.

The cringeworthy moment a man fell backward down a set of stairs was captured by cameras atop a Google Maps car driving down a street in Hoboken, New Jersey 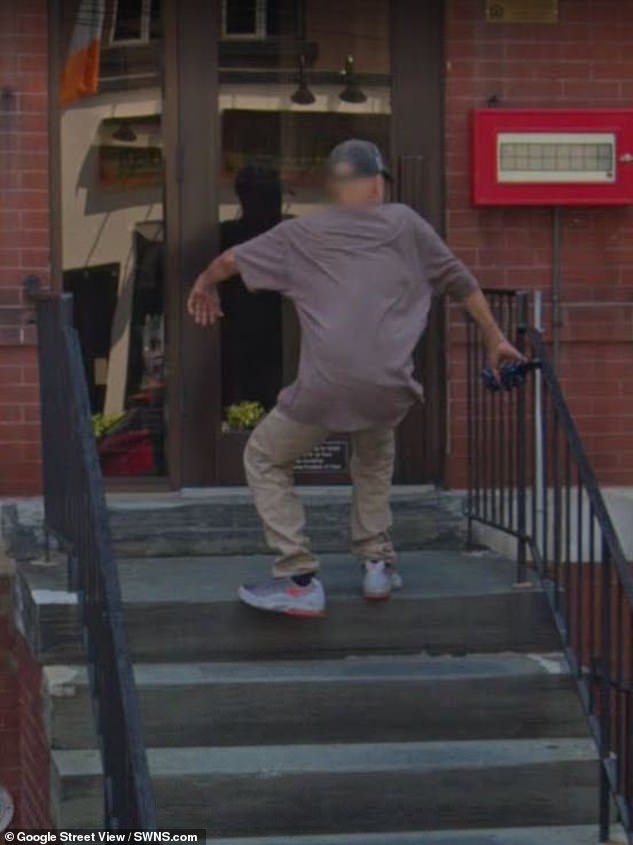 The man appears to plant his foot a tiny bit too close to the edge of a step before trying, and failing, to catch the railing before he tumbles backward 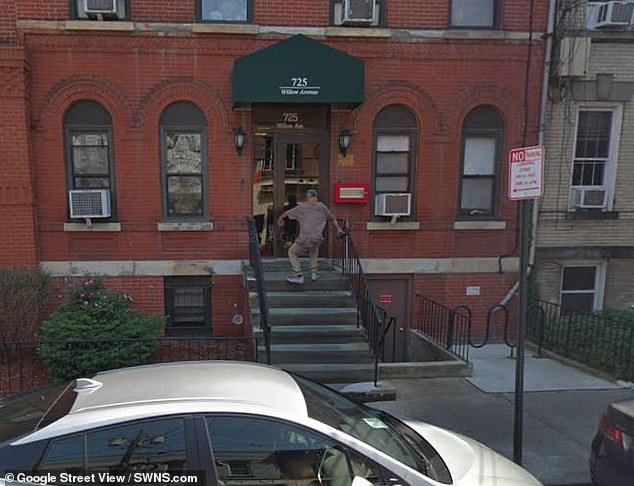 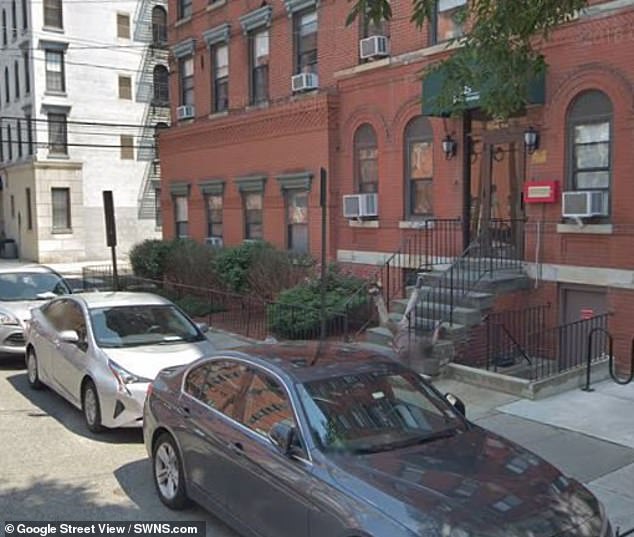 By the time the Google Maps car passed the home, the man had flipped down several steps 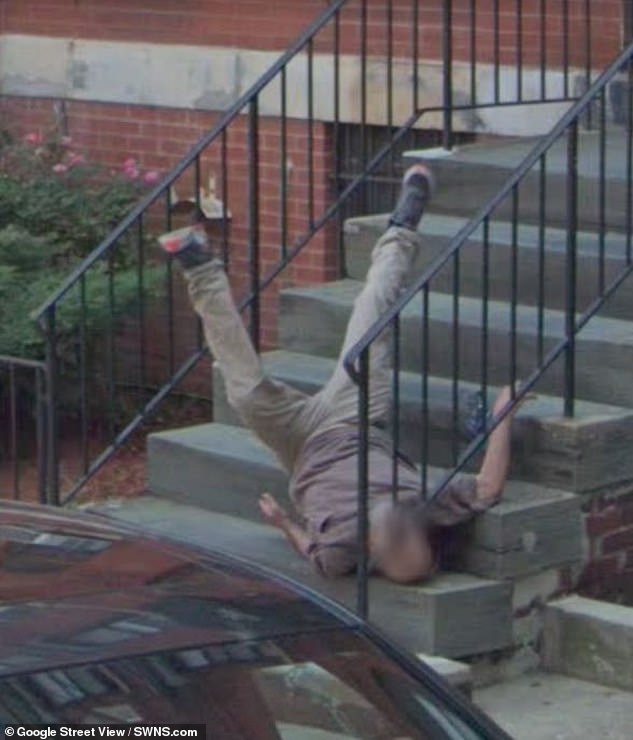 The first panic-inducing photo shows the man with one foot teetering on the edge of the top step as one arm reaches for the railing and the other is flung out to the side.

There’s only a slight shift between the first photo taken as the car approached and the second, which was taken head on.

The third photo taken after the car passed shows the clumsy character with his legs up in the air as the back of his head makes contact with the concrete step five below where his dramatic descent started.

The man in the photo has not been identified and his condition after the fall is unknown.

His face was blurred by Google Maps, which uses car-top cameras to document towns and cities worldwide. 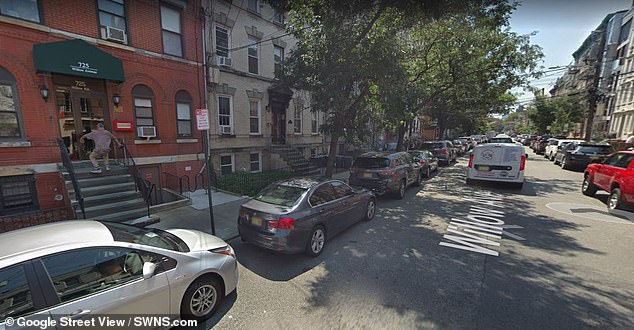