Google News users could be paying a FORTUNE

Is Google News costing YOU a fortune? The Android app uses several gigabytes of data when running in the background – and users are completely unaware

People who use Google News are reporting that the app is costing them hundreds by burning through huge amounts of data when open in the background.

The news aggregate app has drained the data of hundreds of people triggering extortionate overuse fees from their network provider.

Users took to the Google News Help Forum to complain about the bug, with some claiming it burned through several gigabytes of data in just a few hours.

HOW CAN YOU AVOID THE GOOGLE NEWS DATA BUG?

While Google try to reconfigure the app to avoid the issue, users can protect their data by turning off background data usage.

This feature is located under Settings and Connections and will stop all use of mobile data when an app is not in use.

Deleting the app from your phone is another solution to the problem.

One wrote: ‘I woke up and Google News used 7.65GB of background data overnight.

‘I was connected to WiFi but the signal was weak so it’s possible it was connecting/disconnecting.

‘Even still…have no idea how Google News would have a way to use that much in such a short time unless there was a problem.’

Another user said: ‘I’ve had the same problem last week here in the UK and have reported this to O2 as they have billed me £194 for excess data usage.

‘Google you need to contact all service providers and sort out this appalling error and refund all those affected.’ 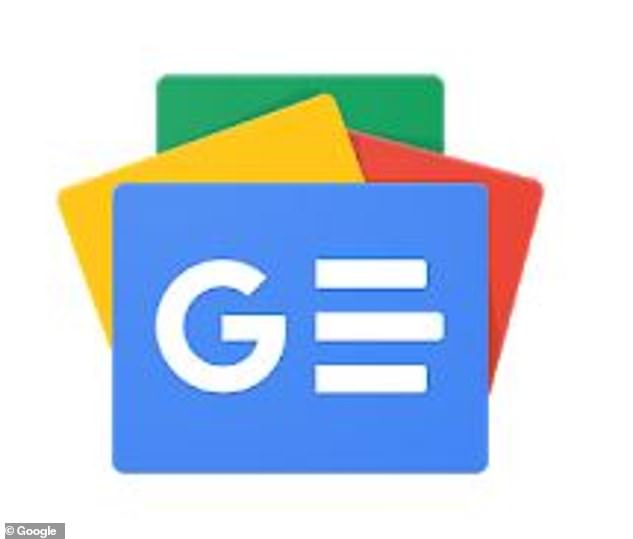 One user said: ‘I woke up and Google News used 7.65GB of background data overnight.’ Google is aware of the issue with its News app (pictured) and is working to resolve the problem

The issue was first addressed by Google in September and the firm claimed to be investigating and working on a fix – though it has yet to be resolved.

On the support forum, a Google representative said: ‘Thanks so much for reporting this issue to us – we understand the importance of getting it resolved as soon as possible.

‘The relevant teams are currently investigating and working towards a fix, and we’ll be posting updates directly to this thread.’ 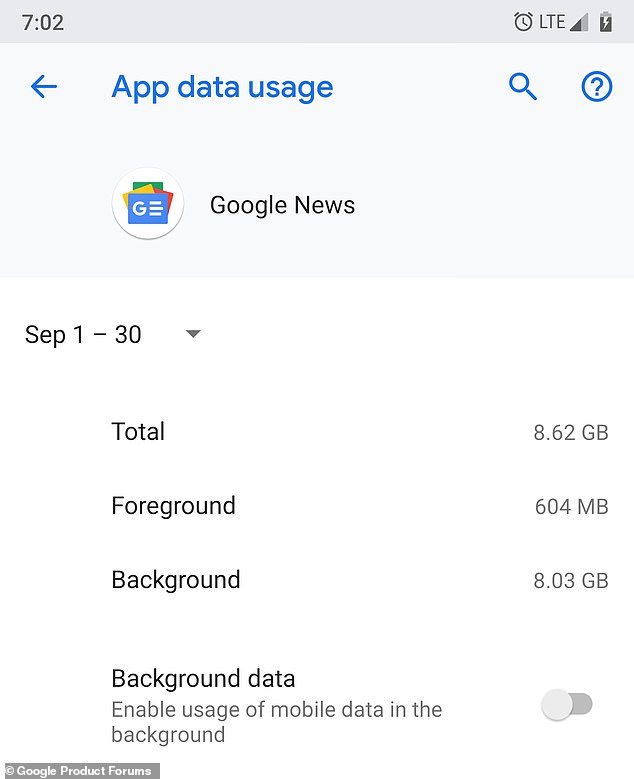 The continued usage of the app in the background has burned through several gigabytes (pictured) of data and caused large bills for several Android users. Turning off background data usage will prevent this issue from occurring

While Google try to reconfigure the app to avoid the issue, users can protect their dat by turning off background data usage.

This feature is located under Settings and Connections and will stop all use of mobile data when an app is not in use.

Alternatively, deleting the app from the phone completely is a drastic solution to the persistent problem.

A Google spokesperson told MailOnline: ‘We apologise for the inconvenience this issue has caused to our users. We are looking into this and how to remedy the problem.’