Google parent Alphabet shares lifted on a stronger-than-expected earnings report for the past quarter, as the tech giant’s results eased concerns over huge fines imposed by the European Union for antitrust actions.

Profit dipped 9.3 percent to $3.2 billion in the second quarter after accounting for the EU fines, the company said.

Revenues meanwhile jumped 26 percent from a year ago to $32.7 billion, better than most analysts expected.

Last week, EU officials slapped a 4.34-billion-euro ($5 billion) penalty on the US tech giant for illegally abusing the dominance of its operating system for mobile devices.

Brussels accused Google of using the Android system’s near-stranglehold on smartphones and tablets to promote the use of its own Google search engine and shut out rivals.

Shares in Alphabet jumped 4.5 percent in after-hours trade, which could mark a new record for the internet giant if confirmed when markets open Tuesday.

‘Our investments are driving great experiences for users, strong results for advertisers and new business opportunities for Google and Alphabet.’

Last week, EU officials slapped a 4.34-billion-euro ($5 billion) penalty on the US tech giant for illegally abusing the dominance of its operating system for mobile devices.

Brussels accused Google of using the Android system’s near-stranglehold on smartphones and tablets to promote the use of its own Google search engine and shut out rivals.

Google is appealing the ruling, which found it abused its dominance in mobile software.

Following a reorganization of the company, the Google unit that includes the main search engine and YouTube video service still delivered the lion’s share of revenues at $32.5 billion, with ‘other bets’ driving $145 million in revenue.

Within Google, advertising remained the key revenue source, pulling in $28 billion in the three months ending in June, a 24 percent rise from a year ago.

Alphabet’s $32.66 billion in second-quarter revenue, 86 percent of which came from Google’s advertising business, beat an average estimate of $32.17 billion.

Google’s dominance in online advertising has been challenged this year by the antitrust battle over its Android mobile software and other regulatory actions.

But the issues have yet to halt Google, which has grown quarterly revenue at least 20 percent year-over-year for two straight years.

A new privacy law enacted by the EU in May led the company to revise user privacy disclosures and clamp down on how it shares data with advertising customers.

Google also has tweaked its comparison shopping service as it strives to comply with an EU ruling from last year, and it plans to soon release changes to how it handles political ads.

Alphabet, Facebook Inc and other leading application makers have become big forces in advertising as consumers globally, and in turn, advertisers devote increasing attention to smartphone and TV apps instead of newspapers and traditional TV broadcasts. 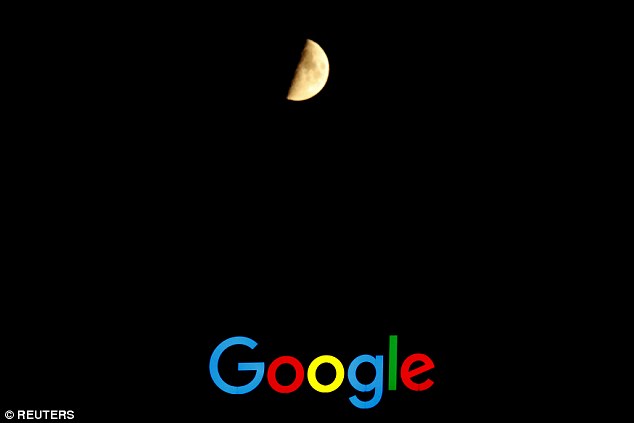 FILE PHOTO: The waxing moon is seen over the logo of Google at its European Engineering Center in Zurich, Switzerland July 19, 2018. Last week, EU officials slapped a 4.34-billion-euro ($5 billion) penalty on the US tech giant for illegally abusing the dominance of its operating system for mobile devices.

Alphabet shares also have been lifted, according to analysts, by a forecast that expense growth would level off in the second quarter because the company entered the second year of a costly deal to make Google the default search provider on iPhones.

Cost increases have come across the enterprise. Government pressure to improve moderation of user-created content has forced Google to hire more analysts. YouTube, a Google-owned streaming service, has increased spending on video content to keep consumers from shifting to offerings from Netflix Inc and expanding media conglomerates such as AT&amp;T Inc .

At least three financial analysts who follow Google have said this year that separating its various advertising businesses in financial results would help investors understand how the competition is affecting the company.

Google, though, has increasingly linked together its services technologically through automated ad-buying tools that empower algorithms rather than humans to pick where ads are placed.

Macquarie Group senior analyst Benjamin Schachter wrote in a report this month that ‘we are approaching a point where we (and we believe The Street collectively) are not understanding the size of search vs YouTube vs programmatic, which may lead to increasing volatility’ in share price.