Google seeks to grant $25 million to AI for ‘good’…

Google will give away about $25 million globally next year to humanitarian and environmental projects seeking to use artificial intelligence (AI) to speed up and grow their efforts.

The ‘AI Impact Challenge’ is meant to inspire organizations to ask Google for help in machine learning, a form of AI in which computers analyze large datasets to make predictions or detect patterns and anomalies.

Google announced on Monday that it would grant about $25 million globally next year to humanitarian and environmental projects seeking to use artificial intelligence (AI) to speed up and grow their efforts.

Google says for its AI to be used, projects must:

3. Be built and tested for safety.

4. Be accountable to people.

7. Be made available for uses that accord with these principles.

Humanitarian and environmental projects seeking to use artificial intelligence (AI) to speed up and grow their efforts.

Focusing on humanitarian projects could aid Google in recruiting and soothe critics by demonstrating that its interests in machine learning extend beyond its core business and other lucrative areas, such as military work.

After employee backlash Google this year said it would not renew a deal to analyze U.S. military drone footage.

Google AI Chief Operating Officer Irina Kofman told Reuters the challenge was not a reaction to such pushback, but noted that thousands of employees are eager to work on ‘social good’ projects even though they do not directly generate revenue.

At a media event on Monday, Google showcased existing projects similar to those it wants to inspire.

In one, Google’s computers recently learned to detect the singing of humpback whales with 90 percent precision from 170,000 hours of underwater audio recordings gathered by the U.S. government.

The audio previously required manual analysis, meaning ‘this is the first time this dataset has been looked at in a comprehensive way,’ said Ann Allen, a National Oceanic and Atmospheric Administration ecologist.

To be sure, the data have gaps since whales are not always singing, and getting vessels to use animal location data could require new regulation, two whale experts said.

Google will not charge for such tools, Cattiau said, though users could choose to pair them with paid Google cloud services. 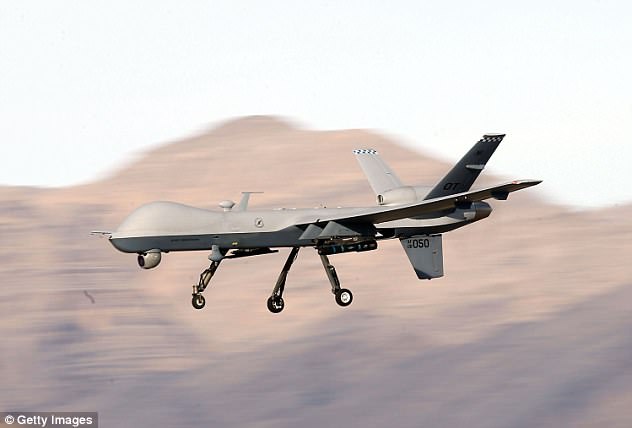 The move comes after Google said it is calling off its controversial ‘Project Maven’ program with the Pentagon. The contract is set to expire in 2019 and Google Cloud CEO Diane Greene said they won’t renew it past then

This year, Google.org filtered grant applications with its own machine-learning tool for the first time, Fuller said, after receiving a record number of entries for an Africa-specific competition.

GOOGLE’S AI BAN: WHERE WILL ITS SOFTWARE NOT BE USED?

Google says it will not let its AI be used for: