Google has rolled out a tandem of new features as part of its update program designed to keep the Pixel 4 fresh.

One of its planned features, set to the roll out this month, will be a tool called ‘Call Screen’ which is designed to filter out spam calls automatically before they reach your phone.

The screening feature will look to mitigate the onslaught of robotic calls that have inundated devices throughout the last several years. 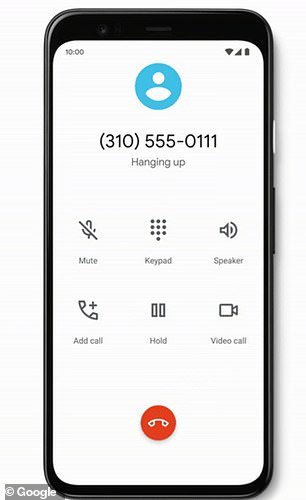 As reported by The Verge, Call Screen will automatically kick-in when a users receive a call from an unknown number.

If the caller is genuine, Call Screen will provide a brief transcript of who is calling and then relay that transcript to users so they can answer the phone if they desire.

This also adds an additional step to the process for those placing call to a user with the screening feature turned on. Before being connected, a caller will have to state both their name and the reason for calling.

In addition to better robocall protection, Google will also introduce a new portrait mode feature that allows users to add portrait blur to photos after a photo has already been taken.

This feature is unprecedented among any smart phone, including the iPhone, which typically require users to activate Portrait Mode prior to taking a picture.

Lastly, Google will also throw its powerful machine-leaning algorithms toward its Duo video-calling feature (the company’s equivalent to FaceTime).

A new feature will keep users centered in the frame of their video feed and will automatically readjust if more than on person enters to fit both.

AI will also help to make calling smoother by filling in the gaps when audio is disrupted by guessing which sound was lost.

All the features are expected to be release in the coming weeks.