Facebook is currently at the center of a widespread privacy scandal that has revealed just how vulnerable users’ online data is to exploitation.

But it may not be the only Silicon Valley giant that’s guilty of mismanaging user data.

Experts now say Google may be at fault, too.

In a blog post earlier this week, Facebook admitted it collects call logs and messaging histories from some Android users who installed its Messenger app or Facebook Lite, a stripped-down version of its core app.

Facebook is currently at the center of a widespread privacy scandal that has revealed just how vulnerable users’ online data is to exploitation. But it may not be the only Silicon Valley giant that’s guilty of mismanaging user data. Experts say Google may be at fault, too. File photo

Users had to opt in to the feature in order for the information to be collected.

Once they opted in, they could also opt out by changing their app’s settings.

Facebook maintained that it doesn’t sell the data, which includes phone contacts and text history, or collect the content of your data.

However, the blog post didn’t delve into why the controversial data collection was restricted to Android users only.

iPhone owners weren’t subject to having their phone calls and texts logged by Facebook’s apps because Apple has tighter security restrictions.

‘Apple’s fundamental approach is to collect the minimum amount of information to keep the service running, and keep customers in control of the information,’ Rich Mogull, CEO Of the security firm Securosis, told CBS.

Many Android apps would request access to a user’s address book to upload contact information, without telling them that that also meant recording call logs and text messages. Many people who own Android devices were stuck with handing over personal data to third-party apps. If they didn’t agree to hand over contacts and other data, apps might be useless 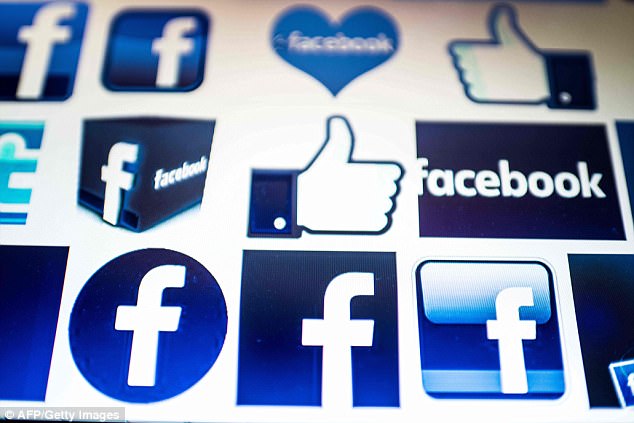 It was until 2015, when Android released version 6.0, or ‘Marshmallow’, that Google required app developers to separately request access to contact information as well as access to log calls and texts. It was that same year that Facebook began collecting data on Messenger

That said, many of these apps required users to agree to those permissions because rejecting access meant the apps wouldn’t work.

It was until 2015, when Android released version 6.0, or ‘Marshmallow’, that the firm split up those permissions categories.

Facebook started collecting that information during the same year.

While Android did take steps to strengthen its app permissions in the latest version of Android, it still doesn’t seem to have resolved the issue.

That’s because most Android users aren’t using the latest version of the software.

When Apple releases a new version of its mobile operating system, the iOS update gets pushed out to all devices automatically because the firm owns both the software and hardware. Android apps may request access to a user’s address book to upload contact information, without telling them that that also meant recording call logs and text messages

By comparison, Google can’t do this because not all Android devices are manufactured by the company.

There are nearly 20,000 Android phone models out in the world, according to CBS.

Roughly 65% of iPhone users are running the latest iOS software, while shockingly, less than 1% of Android devices are using the latest software, Android 8.0, or ‘Oreo’.

A little over half of all Android users are running the two previous versions of the software, which let them reject sharing of communication logs, CBS noted.

Questions still remain as to why Google didn’t require app developers to disclose they were collecting call logs and messages in the first place.

A Google spokesperson told CBS that they couldn’t say how many apps may have access to call logs or how many users’ call logs had been transmitted to app developers.

The answer seems to be that Google, like Facebook, can attribute much of its value to the massive treasure trove of user data it oversees.

Also like Facebook, Google uses its vast collection of user data to serve up advertisements tailored to users’ interests. There is a search bar that says ‘How can we help?’. Type in ‘delete account’.

This will link you to Facebook’s Delete Account page, where you will need to select ‘Delete My Account’ and enter your login credentials.

‘If you do not think you will use Facebook again and would like your account deleted, we can take care of this for you’, the message reads.

‘Keep in mind that you will not be able to reactivate your account or retrieve any of the content or information you have added.’ If you want to keep your personal data you need to download it before deleting your account. Pictured is Mark Zuckerberg

After two weeks, Facebook will begin the process of deleting all your data from the site, which may take up to 90 days.

If you want to keep your personal data you need to download it before deleting your account.

It’s possible that Android wanted to catch up to Apple’s App Store by building a bigger library of apps, CBS said.

One way to do that is to have lax permissions rules for developers.

Experts are concerned that Facebook may not be the only platform that’s liberally collecting personal user data and making it available for third-party apps.

But it remains unclear how many of them may also be scraping call logs, text messages and other intimate data.