Goole mum banned from Wetherspoons for being ‘too messy’

Celia Kelly, 22, pictured with her five-month-old son Jayson, has frogmarched out of her local Wetherspoons as she was accused of lobbing soiled nappies and underwear across the customer toilet

A mother has been banned from visiting her local Wetherspoon pub along with her five-month-old son for being ‘too messy’ – after allegedly leaving her bra in the loo.

Celia Kelly, 22, was disgusted after she was frogmarched out of the building as she was accused of lobbing soiled nappies and underwear across the customer toilet.

The mother-of-one says the accusations are ‘borderline laughable’ and says the alleged events are ‘100 per cent untrue’.

When Celia attempted to order food at the bar with her five-month-old son Jayson, she was told that she was banned indefinitely after leaving the toilets in a state during a previous visit.

She was told by staff they had photo evidence and CCTV footage of the mess at The City and County JD Wetherspoon pub in Goole, East Yorkshire.

Celia said: ‘It’s just a personal vendetta against me.

‘When I was speaking on the phone to them I just felt like they were telling me I’m not good enough to go in there.

‘The accusations are laughable – I just don’t know where they’ve got it from. They are just lies, they are 100 per cent not true.

‘At the end of the day it’s their loss because I sometimes go in there four or five times a week – so they’re losing custom.’

Celia, who works as a carer at a care home, was escorted off the premises on August 15 after allegedly making the mess the week before. 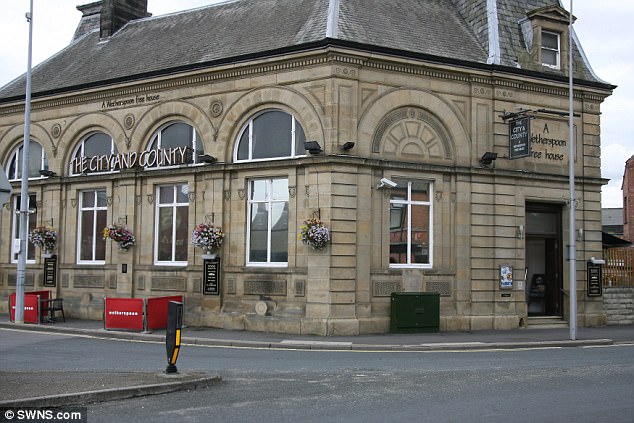 Celia was told by staff they had photo evidence and CCTV footage of the mess at The City and County JD Wetherspoon pub in Goole, East Yorkshire, pictured

She had attempted to order food when the member of staff said she couldn’t serve her and called over a senior colleague.

The deputy manager of the pub then escorted Celia outside into the street and said she ‘wasn’t welcome’ because her child was ‘too messy’.

Celia said: ‘I was told that Jayson was too messy and they had CCTV footage and photographic evidence of me leaving dirty nappies and a bra in customer toilets.

‘I was sat with my friend Ellie before I ordered, but she was told that she wasn’t banned from the premises.

‘How can my five-month-old make all that mess? I’m furious with it – he’s not big enough to even sit in a high chair.’

Ellie claims that when she later rang the pub to see if they had any evidence she had made a mess a staff member said they had CCTV images of the mess in the toilet. 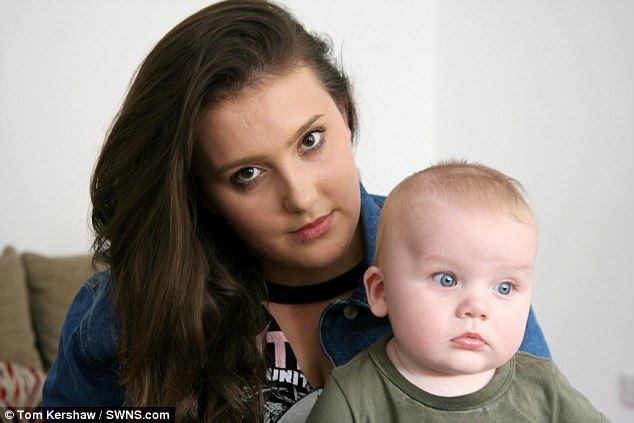 Speaking about the accusations, Celia added: ‘It’s all unbelievable.

‘I’m not exactly flat chested, if you know what I mean, so people would know if I had taken my bra off.

‘I mean why would I throw dirty nappies around? Why? I just couldn’t believe it – I still can’t.

‘The staff members who work there as well have been given me dirty looks and when I’ve been out in the town centre they’ve looked at me in disgust.’

Celia’s partner Korben Bailey, 20, added: ‘It just infuriates me how staff at the pub could treat customers like that – I think it’s wrong.

‘I wanted to go in to speak to them – but Celia stopped me and said it would just make it worse.’

A spokesperson for JD Wetherspoon commented: ‘We can confirm that Celia has been barred from the City and County pub in Goole. 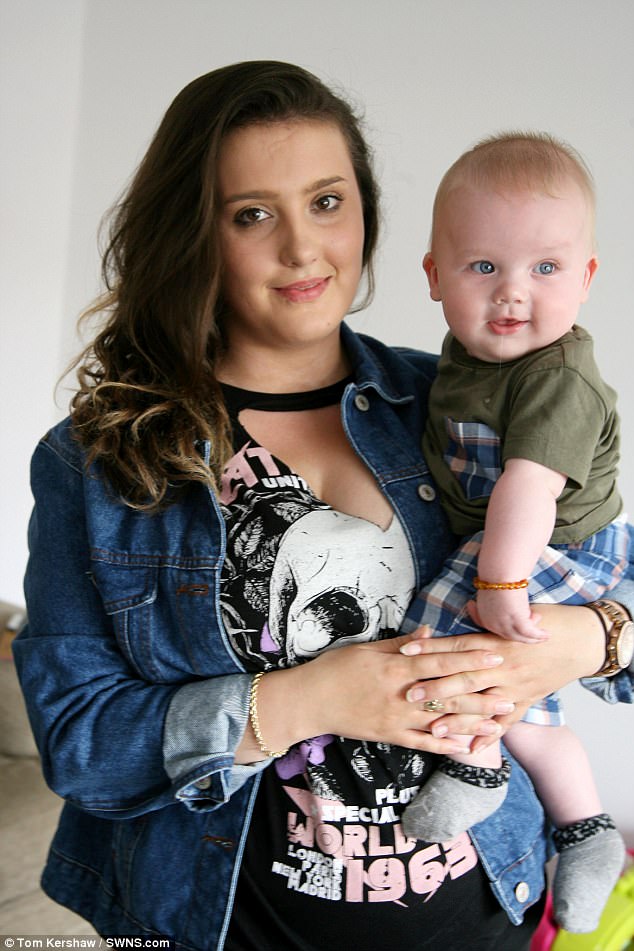 ‘It is a decision taken by the management and one that is totally supported by the company. The reason for the exclusion is due to a previous visit.

‘The reason for the exclusion is due to the amount and type of mess, which was left in the customer area, on and around the tables, on the seats and floor, including dirty nappies, which were also left in the toilets.

‘The pub staff and management are extremely proud of their high standards of cleanliness.

‘We accept that a certain amount of mess is to be expected, however, this was an unacceptable level and a clear disregard for fellow customers and pub staff.

‘Ellie is not barred and is welcome back. Additionally, the CCTV cameras do not cover the public bathrooms.’

The spokesperson confirmed the matter was being dealt with internally.