A civil rights activist and a Republican lawmaker who supports the National Rifle Association are the latest to join the assault weapon ban.

US Rep Brian Mast, from Florida, write in an op-ed for the New York Times that he is a longtime member of the NRA but wants to see a ban on the sale of assault rifles.

‘If we act now by changing laws surrounding firearms and mental illness, we too can save lives,’ the 37-year-old said.

Mast, an Army veteran who lost both his legs in Afghanistan when a roadside bomb detonated, said the AR-15 19-year-old suspected gunman Nikolas Cruz used to kill 17 students and staff members at Marjory Stoneman Douglas High School last week was similar to the gun the Army gave him to kill the enemy during war.

US Rep Brian Mast, who is a longtime member of the National Rifle Association, said he supports the assault weapon ban 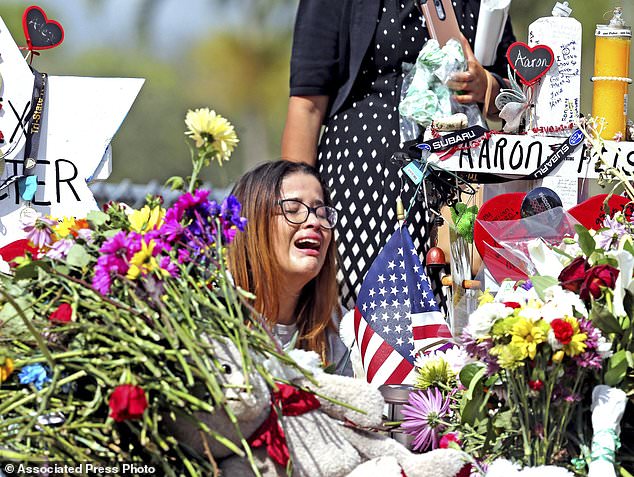 Mast said he now supports defining what constitutes as an assault weapon after 19-year-old Nikolas Cruz opened fire inside a Florida high school killing 17 students and staff members. Pictured is a former Marjory Stoneman Douglas High School crying next to a memorial set up for the victims 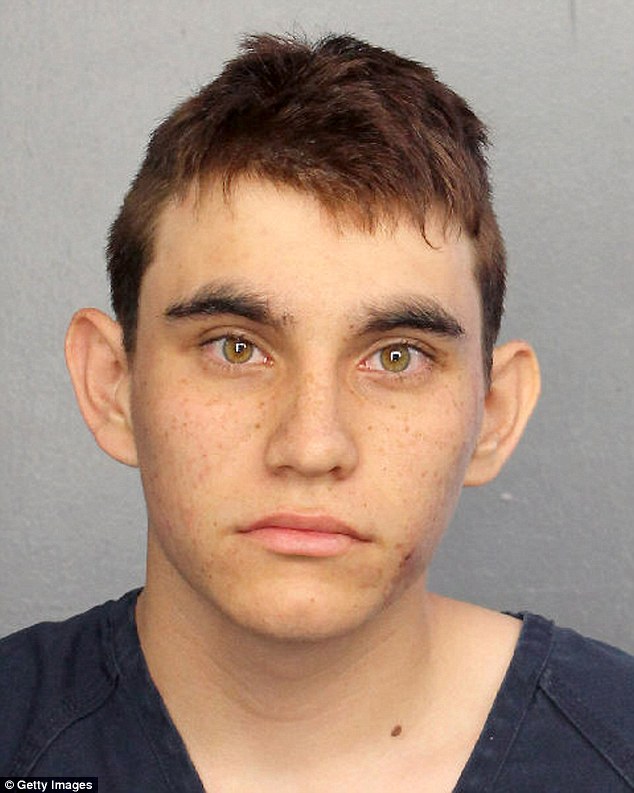 Cruz, who attended Marjory Stoneman Douglas but was expelled for disciplinary reasons, was arraigned on 17 counts of premeditated murder

‘I cannot support the primary weapon I used to defend our people being used to kill children I swore to defend,’ he said, adding: No firearm is evil. Guns are tools that fulfill the intent of their users, good or bad. But we’ve seen that the rifle of choice for many mass shooters is the AR-15.’

Mast said he supports ‘defining what constitutes an assault or tactical firearm and not allowing them for future purchase — just as we already prohibit the purchase of fully automatic firearms.’

Civil rights activist Ruby Bridges Hall also announced her support of the assault weapon ban on Friday saying that she is distressed by mass shootings happening at US schools.

‘When I think about our babies today and them not being safe in school, I think that should be the next civil rights movement, you know, is to ban the assault weapons so that our babies can be safe,’ she said at a gala in Jackson, Mississippi where she and other civil rights leaders were being honored. 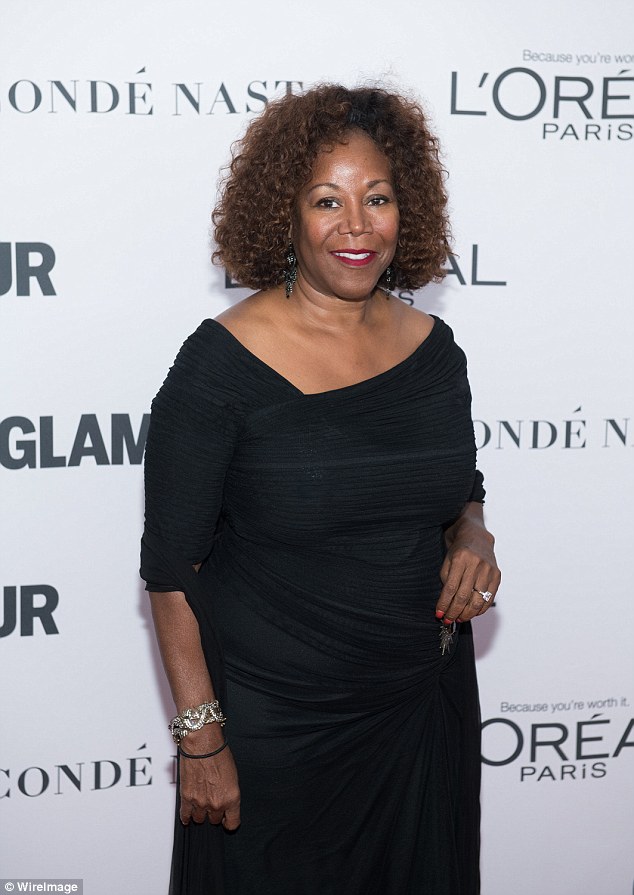 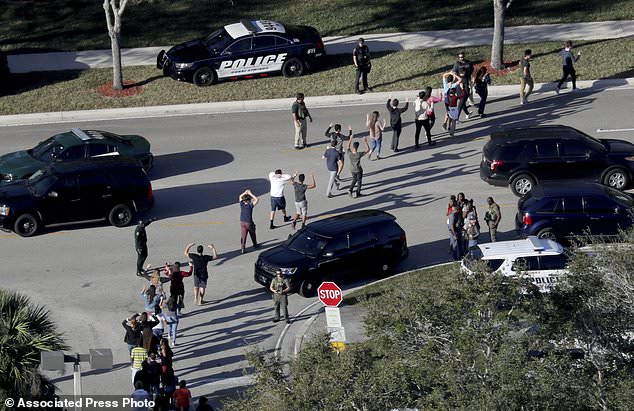 Hall, 63, became the first African American child to enroll in an elementary school in New Orleans in 1960 at the age of six. Some white parents withdrew their children from the school as a result and Hall could only eat food from home after receiving threats that she would be poisoned.

Cruz, who allegedly confessed to killing 17 of his former students and teachers during the February 14 massacre is being held on 17 counts of premeditated murder.