EU Ambassador Gordon Sondland on Wednesday revealed how he and President Trump exchanged an expletive-filled conversation about the Ukraine and even talked about the rapper A$AP Rocky during a phone call in a Kiev restaurant overheard by U.S. officials.

Sondland, in his testimony before the House Intelligence Committee, confirmed previous reports of a phone call he had with Donald Trump on July 26 – the day after the president’s now infamous phone call with Ukrainian President Volodymyr Zelensky.

The call took place in restaurant in Kiev where Sondland was having lunch with other U.S. officials, who said Trump was speaking so loudly they could hear both ends of the conversation. 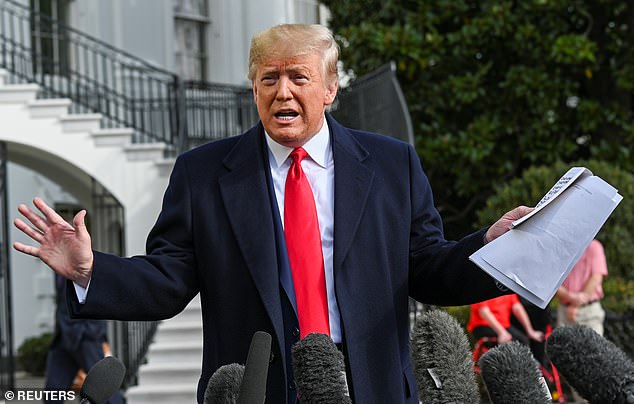 Sondland, who said he never takes notes, said his memory of the call was jogged by a reference to the rapper A$AP Rocky, who, at that point, was being held in Sweden on assault charges. President Trump was advocating for Rocky’s release and tweeting about the rapper’s plight.

‘What triggered my memory was someone’s reference to A$AP Rocky, which I believe was the primary focus of the phone call,’ the ambassador told lawmakers.

He said the two men had talked about the rapper and conceded the conversation could have been overheard by his dining companions.

‘I probably had my phone close to my ear,’ he said, holding up his hand a few inches away.

‘Yeah, that sounds like something I would say,’ Sondland quipped, to chuckles in the hearing room. ‘That’s how President Trump and I communicate. A lot of four-letter words. In this case, three letters,’ he said.

State Department official David Holmes testified behind closed doors last week he was having lunch with Sondland in Kiev on July 26 when the ambassador dialed up the president on his cellphone and Holmes could hear Trump’s voice.

‘Other witnesses have recently shared their recollection of overhearing this call,’ Sondland said.

‘For the most part, I have no reason to doubt their accounts. It is true that the President speaks loudly at times. It is also true that we discussed A$AP Rocky. It is true that the President likes to use colorful language. While I cannot remember the precise details – again, the White House has not allowed me to see any readouts of that call – the July 26 call did not strike me as significant at the time. Actually, I would have been more surprised if President Trump had not mentioned investigations, particularly given what we were hearing from Mr. Giuliani about the President’s concerns. However, I have no recollection of discussing Vice President Biden or his son on that call or after the call ended.’

Holmes testified that Sondland told Trump that Zelensky ‘loves your ass’ to which Trump responded: ‘So, he’s gonna do the investigation?’

‘He’s gonna do it,’ Sondland replied, according to Holmes’ testimony.

The investigation referred to the administration’s push for Zelensky to open a probe into the Bidens, including Hunter Biden’s role on the board of the gas company Burisma and Joe Biden’s push as vice president to have the Ukraine dismiss a top prosecutor.

Sondland testified Wednesday that there was a ‘quid pro quo’ at work – that if Zelensky wanted a White House meeting with Trump he would have to agree to the investigations.

‘I know that members of this committee have frequently framed these complicated issues in the form of a simple question: Was there a “quid pro quo?”’ Sondland said. ‘With regard to the requested White House call and White House meeting, the answer is yes.’

And he said U.S. officials working on Ukraine policy did so at Trump’s direction – a direct implication of the president.

‘We followed the president’s orders,’ he said. 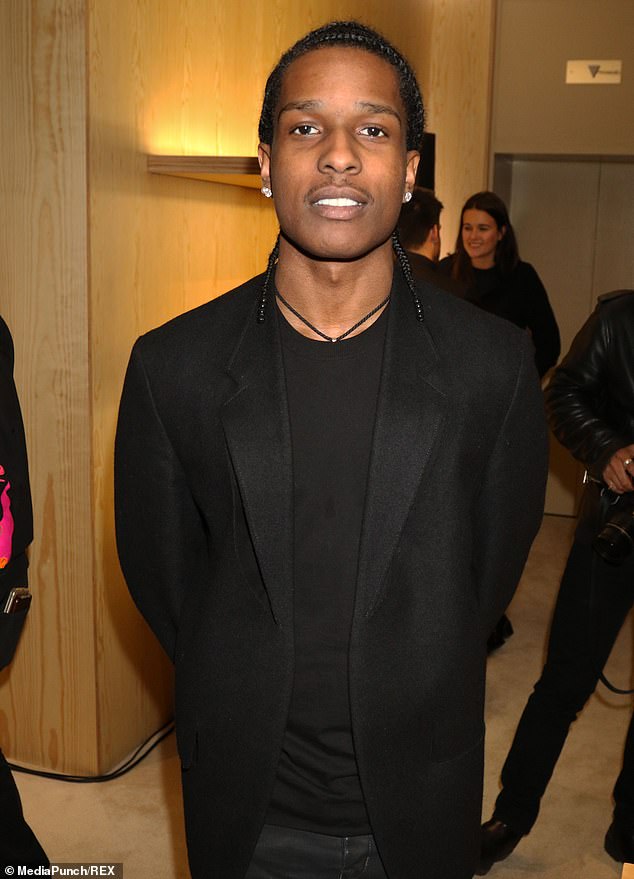 At the time of Trump and Sondland’s conversation, A$AP Rocky was being held in Sweden on assault charges 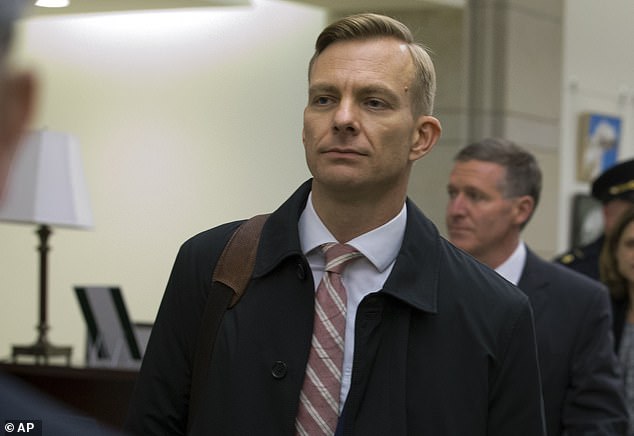 Sondland helped run U.S. policy toward the Ukraine at the direction of the president and had inside knowledge of the events being investigated in the impeachment inquiry.

Holmes told lawmakers he took notes on the July 26 call at the restaurant once he realized how important the subject matter was.

‘He claims to have overheard part of the conversation,’ Sondland said of Holmes. ‘I’m not going to dispute what he did or didn’t hear.’

Sondland conceded he probably said Zelensky was going to go ahead with an investigation into the Bidens and the 2016 election.

‘I probably said something to that effect,’ he said.

He added Zelensky ‘was just very willing to work with the United States and was being very amicable and so putting it in Trump-speak, by saying he loves your ass he will do what you want. He will work with us on a whole host of issues.’

But Sondland said the main purpose of the call was to discuss the situation with A&AP Rocky, who was being held in Sweden on assault charges. Sweden is a member of the European Union, of which Sondland is ambassador to.

Holmes said the Ukraine part of the call was quick and the two men quickly turned to talking about Rocky.

‘That Ukraine portion was three or four sentences, pretty quick, and they very quickly turned to the Sweden bit,’ Holmes said.

Holmes described how Sondland announced he was calling the president to give him an update, took out his cell phone and made the call.

He said Sondland ‘sort of winced and then moved the phone away from his ear, because the volume was loud.’

‘This was an extremely distinctive experience in my Foreign Service career. I’ve never seen anything like this, someone calling the president from a mobile phone at a restaurant, and then having a conversation of this level of candor, colorful language,’ Holmes said. ‘There’s just so much about the call that was so remarkable that I remember it vividly.’

A$AP Rocky, the American rapper whose real name is Rakim Mayers, was detained after a June 30 incident where he and two of his entourage were accused of attacking a group of teenagers.

He was arrested on July 3 and his jailing caused celebrity outcry and a diplomatic rift between Sweden and the US.

He was charged with assault which carries a maximum of two years in jail.

Trump advocated for his release, taking to Twitter to demand Sweden release the rapper.

‘Give A$AP Rocky his FREEDOM. We do so much for Sweden but it doesn’t seem to work the other way around. Sweden should focus on its real crime problem! #FreeRocky,’ he wrote on July 25.

On August 14th, he was convicted of assault, given a suspended sentence, and ordered to pay $1,270 in damages.