Gossip Girl CANCELED by HBO Max: Streamer ditches reboot and scuttles third season after it was branded a ‘stunning failure’ by critics

HBO Max has given its Gossip Girl revival the boot after just two seasons on the streaming service.

The cancellation, which ends hopes of a third season for the drama, was announced on Thursday.

Showrunner Josh Safran shared the news in an Instagram post from Thursday morning, in which he said the series was searching for a new home.

The new version of Gossip Girl, which featured an entirely new cast, mostly failed to live up to the reputation of the original Blake Lively and Leighton Meester–starring series and was panned by major television critics.

No more gossip: HBO Max announced it had canceled Gossip Girl after just two seasons on Thursday. The show failed to live up to critic’s expectations

Safran developed Gossip Girl based on the popular novels by Cecily von Ziegesar, as well as the original series, which aired on the CW for six seasons from 2007 to 2012.

The original show was developed by Stephanie Savage and Josh Schwartz, both of whom served as executive producers on the new version.

Gossip Girl’s second season still has to play out on HBO Max, with the finale scheduled for January 26.

‘We are very grateful to showrunner/executive producer Joshua Safran, and executive producers Stephanie Savage and Josh Schwartz for bringing us back to the Upper East Side and all the scandals at Constance Billard,’ read a statement released by HBO Max. 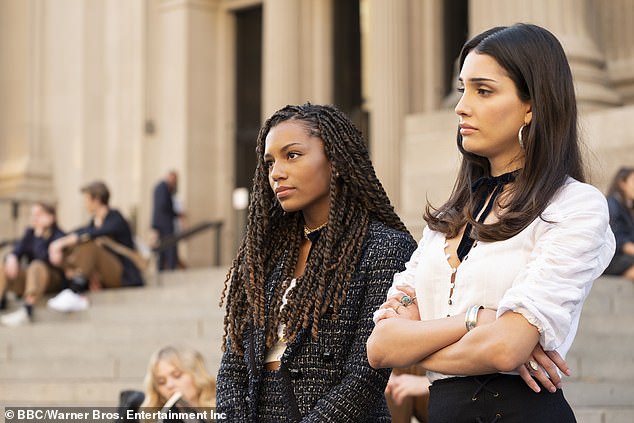 Not over yet: Gossip Girl’s second season still has to play out on HBO Max, with the finale scheduled for January 26; still from the series