Got a bad back? Read this before seeing a chiropractor

John Lawler, 80, from York, lost consciousness during treatment at a private chiropractic clinic in the city

When you suffer from back ache, having it ‘sorted’ by someone skilfully using their bare hands can sound very attractive.

This is no doubt part of the appeal of chiropractic — practitioners say they can improve pain and mobility by manoeuvring joints and muscles in and around the spine. They do this with short, sharp thrusting movements.

But just how safe is this form of complementary medicine? It’s a question prompted by reports yesterday that a chiropractor, Dr Arleen Scholten, 40, was arrested last week on suspicion of manslaughter after a retired bank manager died following treatment for back ache.

John Lawler, 80, from York, lost consciousness during treatment at a private chiropractic clinic in the city. He died the next day at Leeds General Infirmary from what his family claim doctors described as ‘a traumatic spinal cord injury’ on the death certificate. Dr Scholten has been released pending further investigations.

The safety of chiropractic has previously been called into question. 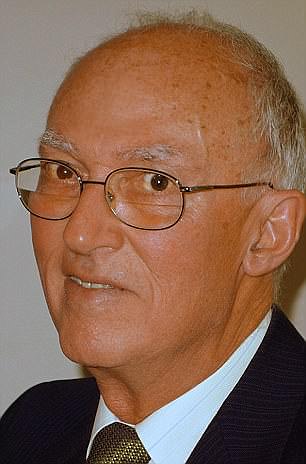 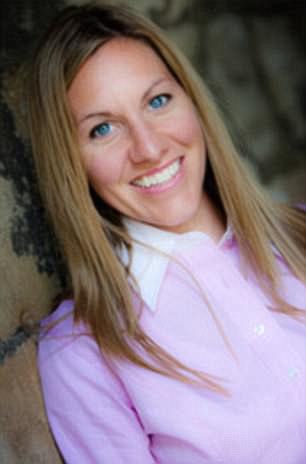 Dr Arleen Scholten, 40, (right) the chiropractor who treated Mr Lawler, (left) was arrested by police on suspicion of manslaughter

A 2010 study in the International Journal of Clinical Practice found at least 26 people globally had died after treatment and warned there could have been ‘many more’.

‘In my view, nobody should have this treatment and certainly not elderly people,’ says Edzard Ernst, emeritus professor of complementary medicine at Exeter University, who wrote the report and is a well-known critic of the therapy.

‘Older people have very fragile bones and are vulnerable to external forces such as spinal manipulations.’ He claims around half of patients will have side-effects after chiropractic manipulations.

‘These are only mild to moderate, such as stiffness and tiredness, and will last two to three days,’ he says, but adds more serious complications have been recorded, even deaths, mostly from strokes due to injuries to arteries supplying the brain. During neck manipulation, chiropractors may twist the neck suddenly to restore motion to the joint between the spine and neck and reduce inflammation.

But it’s been reported the force can cause a tear in the carotid artery that carries blood to the brain — a new study in the Journal of Family Practice suggests trips to the chiropractor may be responsible for nearly one in ten of these types of injury. Scientists at the University of Illinois studied 141 patients who were taken to hospital with a torn carotid artery over four years. Of those, 12 had recently undergone chiropractic neck manipulation. 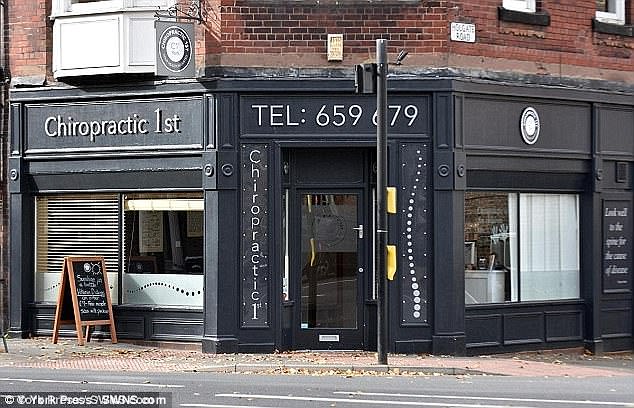 The authors said: ‘Patients who are considering chiropractic cervical manipulation should be informed of the potential risk.’

But these figures may not be as straightforward as they appear. Roger Kerry, professor of physiotherapy at Nottingham University, says a small number of those visiting chiropractors for persistent head or neck pain may already be in the early stages of a stroke, or at high risk of a stroke due to underlying health problems such as high blood pressure or high cholesterol.

He has worked with the World Health Organisation to raise awareness of the need to assess patients thoroughly before a neck manipulation. ‘The question we need to ask is not “is chiropractic dangerous?” but “can we identify patients who are most at risk?”,’ he says.

‘Chiropractors should take a thorough medical history to see if patients have high cholesterol, and do blood pressure checks to identify who might be at risk of a stroke.’

Peter Dixon, president of the Royal College of Chiropractors, insists its members carry out extensive assessments. ‘We abide by a strict code of practice that demands all patients are properly assessed. Patient safety is at the forefront of all we do.’

But what about the other key question: does it work? NICE states ‘manual therapy’ does have a role to play in the treatment of low back pain and sciatica — but only as part of a package that includes other things such as exercise.

It does not go as far as naming chiropractic as a possible treatment. (But NHS Choices does mention it as a treatment option for lower back pain.)

Critics, such as Professor Ernst, interpret this as NICE failing to endorse chiropractic. Peter Dixon disagrees: ‘There’s nothing ambiguous about what NICE says. It’s very clear that manipulation is useful for back pain when performed by trained practitioners — whether they are chiropractors, osteopaths or physiotherapists.’