Goulburn Supermax in lockdown as prison officers walk off the job

Some of the nation’s worst criminals have been left under minimal supervision after prison guards across the state walked off the job on Friday.

Staff walked off the job just before midday, with all prisoners placed in lockdown and only a skeleton staff in jails.

The walkout even includes the nation’s toughest prison Goulburn Supermax.

At Sydney courthouses, trials have been put on hold after guards informed judicial staff they will not be bringing up inmates after 2pm.

The decision by prison officers came after the soft stance taken by the NSW District Court against notorious inmate Bassam Hamzy last month for his assault on a guard.

Daily Mail Australia revealed last week that Hamzy, 35, had a sentence of 20 months quashed by the court for his assault on a prison officer in 2017. 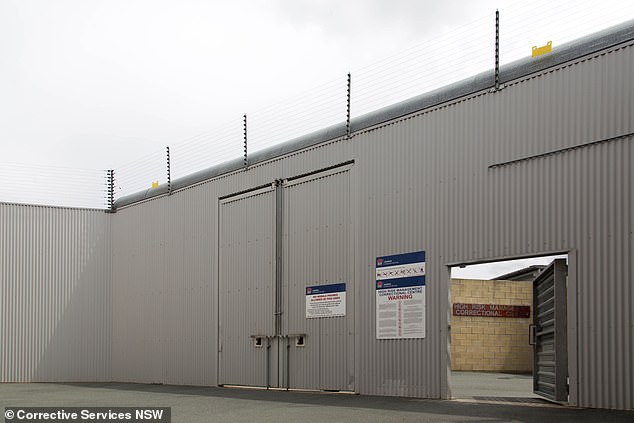 Staff walked off the job just before midday, with all prisoners placed in lockdown and only a skeleton staff – including leaving the guard towers empty – throughout the jail (Stock image)

Sources from inside the prison told the Goulburn Post the move had come because of a perceived lack of support for guards.

‘We are tired of being punching bags,’ one source said. ‘What if it had been a shiv?’

In a statement, Corrective Services New South Wales said a meeting had been set for Monday which they hoped would resolve the issue.

‘Staff safety and security is the highest priority for Corrective Services NSW,’ they said.

‘The Public Service Association raised the issue of staff safety in Goulburn’s High Risk Management Correctional Centre with CSNSW senior management earlier this week and a meeting has been scheduled for Monday.’

Hamzy was originally jailed for the 1998 shooting murder of a teenager outside a Sydney nightclub and has been a menace since entering custody. He founded the Brothers 4 Life gang from behind bars and ran a drug ring from his jail cell. 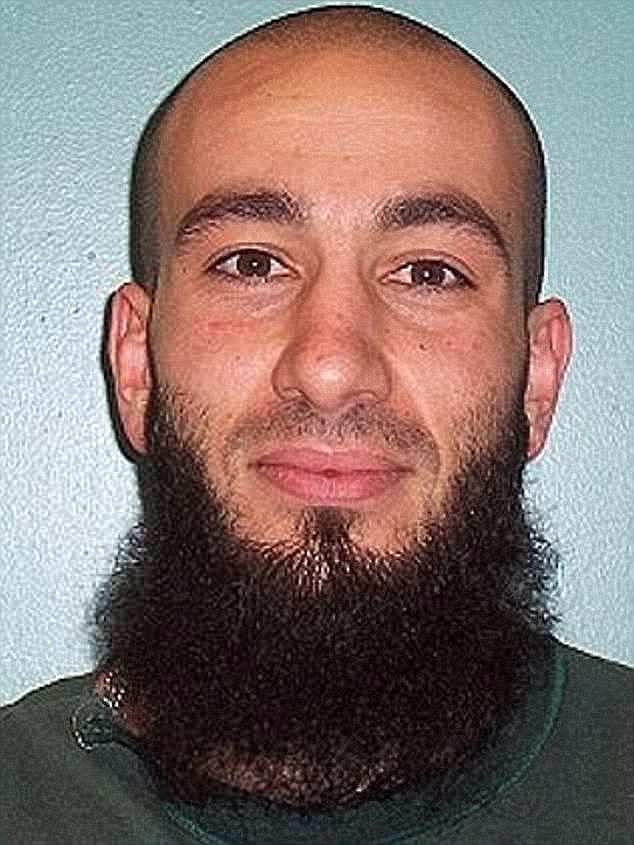 The decision by prison officers came after Daily Mail Australia revealed the soft stance taken by the NSW District Court against notorious inmate Bassam Hamzy (pictured), who assaulted a guard in 2017 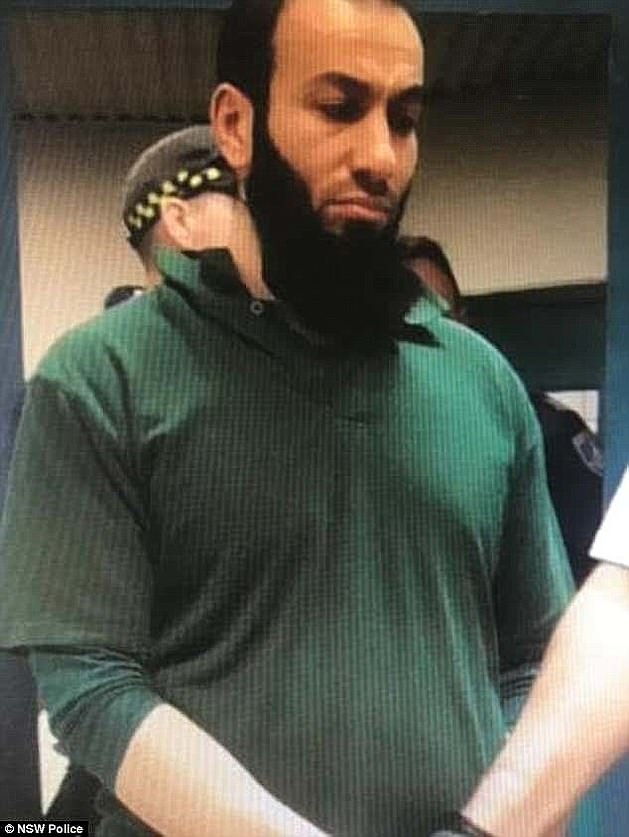 Acting Judge Graham told the court Hamzy had been wrongly punished twice for his 2017 attack on a prison officer, first by losing his jail privileges and secondly through the extension to his already lengthy sentence

Acting Judge Graham told the court Hamzy had been wrongly punished twice for his 2017 attack on a prison officer, first by losing his jail privileges and secondly through the extension to his already lengthy sentence.

‘It is a form of punishment and it can be real punishment.’

Hamzy, who can not apply for release from prison until 2035, represented himself in the matter after studying the appropriate legislation behind bars.

He argued that the ‘parallel punishment’ he received through his sentencing and the loss of privileges was an ‘extreme injustice’.

‘If an inmate is punished externally he is not to be charged internally your honour,’ he told the court in November last year.

‘It is not for the commissioner to create a parallel punishment system – the Behaviour Management Plan (BPM) – by simply giving it another name.’ 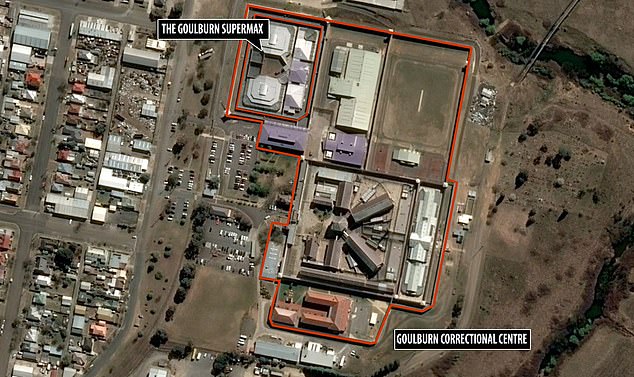 Acting Judge Graham said the way prisoners were punished within the four walls of the Goulburn Supermax (highlighted on the map), as well as in the courts ‘constituted an extreme case of oppression’ 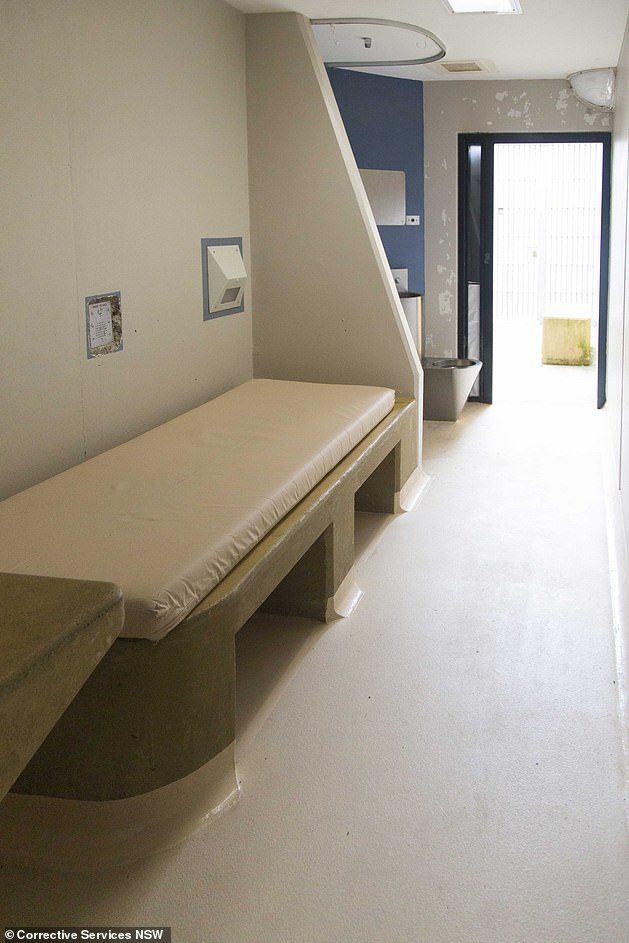 Inside one of the austere cells at the High Risk Management Correctional Centre at Goulburn, which is 197km south-west of Sydney. All inmates in ‘Supermax’ sleep just one to a cell

Acting Judge Graham agreed with the inmate in overturning the NSW Local Court’s sentence on Thursday.

He said the way Goulburn Supermax punished prisoners within their own four walls, as well as in the courts, ‘constituted an extreme case of oppression’.

‘The appellant (Hamzy) has been subjected to what he describes as a “compounding injustice” after the decision to regress him on the Behaviour Management Plan,’ he said.

‘It’s a breach of the statuatory regime set up to govern the way correctional facilities operate.’

Acting Judge Graham granted Hamzy a stay in proceedings and set aside the added jail time he received from the local court in 2018.