Government grants for home insulation to be offered under Eco+ scheme

Government will offer £1bn of grants to fund insulation for middle-income homes, claiming it could save households £310 per year

The UK Government has announced it will offer an extra £1billion in grants to insulate homes across the country from early 2023, which it claims could save eligible households £310 per year on their energy bills.

The Eco+ scheme will focus on offering low-cost insulation measures such as loft insulation and cavity wall insulation to homes which have poor energy efficiency ratings and are in lower council tax bands.

It is an extension of the previously announced Eco4 scheme, which offers help with insulation costs to lower-income households, those in social housing, on a low-income or who are classed as being fuel poor.

The Government said 80 per cent of the new Eco+ funding would be targeted at those who had not previously been eligible for Government support.

The UK Government has announced it will spend an extra £1 billion insulating homes across the country from early next year, funding improvements such as cavity wall insulation

Households will need to have an Energy Performance Certificate (EPC) rating of D or below to apply for this tranche of funding, and will need to be in ‘lower’ council tax bands, although the Government has not specified which ones.

Around a fifth of the fund will also be targeted to those who are the most vulnerable, including those on means tested benefits or in fuel poverty.

The new scheme, which is subject to consultation, is set to run from early 2023 until March 2026 and would help meet a recent target to reduce energy consumption by 15 per cent by 2030.

‘Our new Eco+ scheme will help hundreds of thousands of people across the UK to better insulate their homes to reduce consumption, with the added benefit of saving families hundreds of pounds each year,’ Chancellor Jeremy Hunt said in a statement.

Along with the scheme’s launch, the Government has asked energy providers not to hike direct debit payments for customers who are working hard to reduce their usage.

The business secretary, Grant Shapps has written to energy providers asking them to make sure energy bills reflect what customers are using, rather than over-estimating charges. He said he was concerned that bills were rising despite people reducing their energy use.

Ofgem has has also been asked to look at making bills more responsive.

Britain is currently facing its biggest squeeze on living standards on record, according to Government forecasters, driven largely by a surge in energy, food and fuel costs since Russia’s invasion of Ukraine pushed up natural gas prices across Europe.

Government subsidies for household energy bills are already forecast to cost £25 billion this financial year and £13 billion in 2023/24.

Shapps said the further roll out of the insulation programme would help make Britain less reliant on imported energy.

Existing insulation subsidies are targeted towards people in social housing or who are on low incomes.

Under the new plan, up to 80 per cent of the subsidies will be available to people who do not qualify for income-based assistance, but whose homes are not energy efficient and fall outside the top bands for council tax. 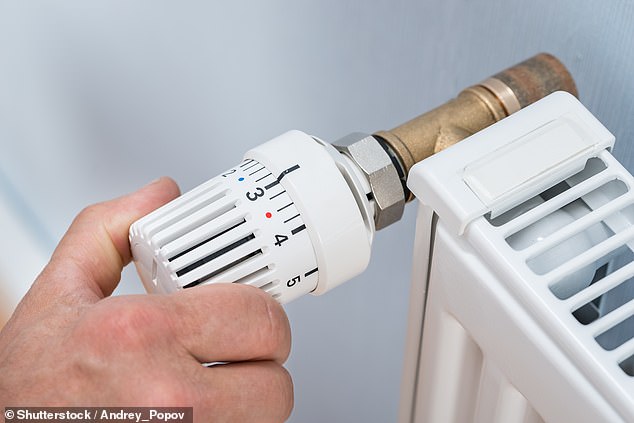 The £1billion of funding comes from a £12.6billion energy efficiency budget to cover the years up to 2028, which Hunt expanded in a fiscal statement on 17 November.

British energy companies suggested a similar scheme in September, and the precise details will be subject to public consultation and parliamentary approval.

The consultation will run from 28 November to 23 December, and information on the scheme will be published on the existing Help for Households website.

Shapps also said the Government was launching an £18million public information campaign to encourage the public to draught-proof their homes, turn down radiators in empty rooms, and run boilers at lower temperatures.

The Government claims that  if a typical household reduced their boiler flow temperature from 75⁰C to 60⁰C and turned down radiators in empty rooms, they could save £160 a year on their energy bill at current prices.