Nearly 80 per cent of estate agents surveyed by the Royal Institution of Chartered Surveyors said Brexit uncertainty represented the biggest headache for the housing market.

Over 70 per cent said political wranglings were hampering both would-be buyers and sellers, while only 8 per cent believe Brexit is having no impact on the market.

The Rics said: ‘Following Theresa May’s latest Brexit deal defeat, regardless of whether the UK now leaves the EU with or without a deal, the impact of further uncertainty is expected to be felt across all tenures of the housing market.’

The number of homes coming up for sale dwindled to a record low last month, with estate agents having only around 42 properties listed at their branches. This is the lowest since this element of the Rics survey was introduced in 1994.

February marked the eighth consecutive month of a fall in the number of homes coming up for sale. Unsurprisingly, supply issues were found to be the second biggest issue for estate agents behind Brexit.

The average time taken to sell a property from listing to completion, was unchanged in February at just under 19-and-a-half weeks, which is the joint longest average since the question was introduced to the survey two years ago.

Buyer demand fell for the seventh consecutive month in February, while the number of agreed sales also slipped, ‘with virtually all parts of the UK displaying a flat or negative trend’ in the latest results. 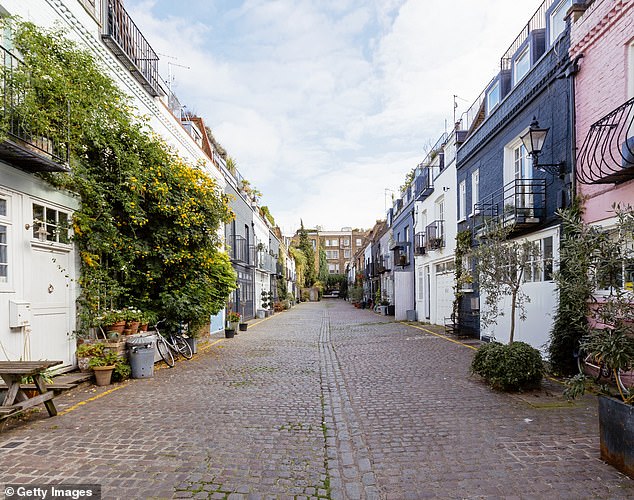 New low: The number of homes coming up for sale dwindled to a record low last month 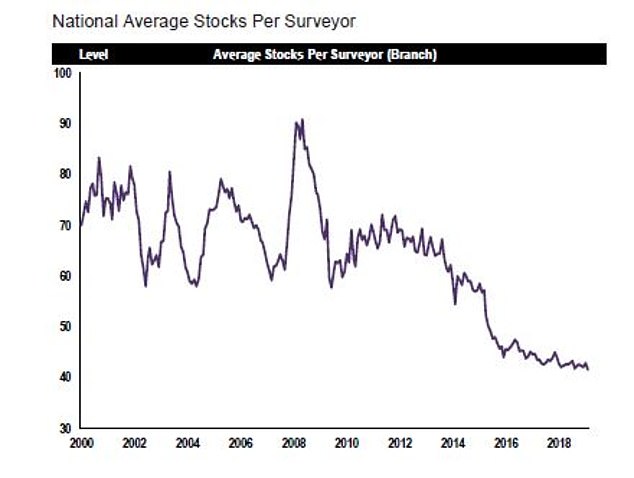 Depleted: The number of homes coming up for sale is a real issue for estate agents

On the property price front, the findings reveal that London, the South East of England, East Anglia and the South West are all continuing to see sales prices drop.

This marks a ‘noticeable change’ compared to six months ago, when eight out of the twelve regions countries covered by the survey were still seeing house prices rise.

Looking further ahead into the year, prices are expected to increase in every area apart from London and the South East, the Rics said.

The Rics house price balance, which measures the difference between the number of estate agents and property surveyors anticipating increases and those expecting decreases, dropped to -28 per cent last month, which is markedly worse than the -22 per cent figure published for January.

Simon Rubinsohn, chief economist at the Rics, said: ‘Although activity in the housing market continues to be weighted down by the lack of available stock, changes in the tax regime affecting property, and affordability; feedback to the latest RICS survey makes it pretty clear that the ongoing uncertainty around how Brexit will play out is the critical factor influencing both buyers and sellers.

‘And with little sign that the issue will be resolved anytime soon, it could prove to be a challenging spring for the housing market and the wider economy.

‘It is clear from professionals working in the market that this environment requires a greater degree of realism from those looking to move. 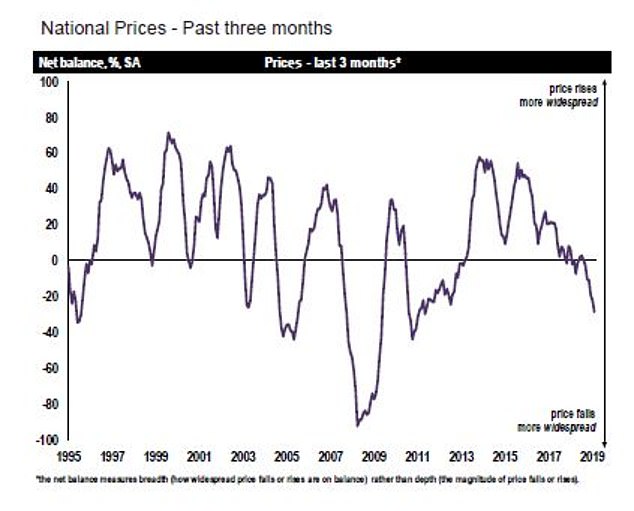 ‘A reluctance from some vendors to acknowledge the shift in the balance of power in the market will compound the difficulty in executing transactions.’

Back in September, Bank of England governor Mark Carney warned that a chaotic no-deal Brexit could cause house prices to fall by around 30 per cent.

At the same time, figures from the Office for Budget Responsibility suggest house prices are predicted to fall this year.

The figures from the Government’s Budget watchdog, published today alongside the Spring Statement, are a change of stance from its October 2018 forecast, when values were expected to rise 3 to 4 per cent in 2019 and the years beyond to 2024.

Property experts have said that concerns over Brexit and stretched affordability have caused house price growth to flag.