GRACE ON THE CASE: Vodafone wrongly opened a mobile account and are refusing to repay

I am a Vodafone customer and set up a second contract for my husband on the same Sim deal in April 2019 as I would get a discount.

However, I cancelled both contracts in January as we found better deals. No more money came out of my account but my husband realised in March Vodafone were taking payments and had been since May 2019.

After speaking to Vodafone, it eventually appeared the payments were for a contract that had been set up in my husband’s name, at the same time that I had set up the additional contract for my husband in my name.

We are now owed £489 from the phone company but it said it can only pay back three months of prepayment while we are also being chased by a debt collection company.

This is unfair as it wasn’t our fault. How can he get a full refund? C.B., via email

Grace Gausden, consumer expert at This is Money, replies: When you and your husband noticed money had been taken out of his account, you thought something phoney was happening such as impersonation fraud.

However, it soon became clear that the error was Vodafone’s entirely.

After speaking to the phone company, it recommended doing this as a second additional contract in your name as there would be a better discount than if your husband took the contract out in his name which you agreed to.

The Sim arrived, the direct debit from your bank covered the cost of both Sims and you thought nothing more of it.

In January, you cancelled both your contracts as you had found better deals with other providers.

You monitored your bank account to check the Vodafone final payments were taken which they were and nothing more.

However, in March, your husband asked why Vodafone were taking money from his bank account when the firm had never been given permission to take any funds, although it had details from when you initially signed him up on a separate contract.

At first, you thought he must have been a victim of impersonation fraud and someone used his details to set up another account with Vodafone.

Understandably, you were both concerned about the impact this could have on your husband’s credit file but immediately cut off the direct debit payments.

You say it was very difficult to get anyone to give you information on the phone as you were now an ex-customer and all you had was your old Vodafone account details and the direct debit reference number.

Eventually, you spoke to someone in Vodafone’s fraud team who said they would perform a investigation but within a week your husband received an email advising the fraud investigation had found no wrongdoing.

After many further hours on the phone, Vodafone admitted the charge was for a contract that had been set up in your husband’s name, at the same time you had set up the additional contract for your husband in your name. 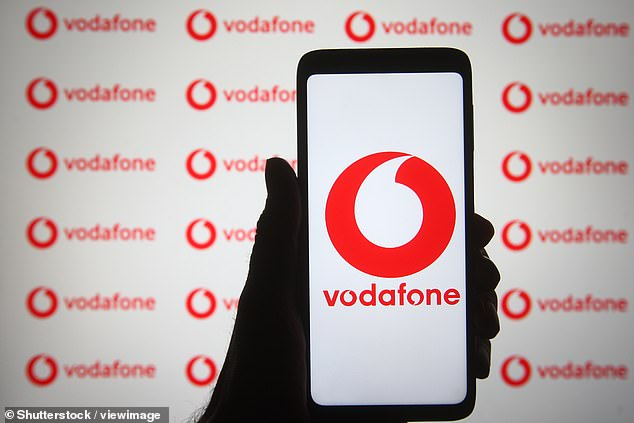 After checking the billing statements for the other contract, the customer service agent confirmed the mobile phone number had never been used.

They terminated the contract but Vodafone said it could only offer 3 months’ worth of repayments.

It, at one point, upped the offer to 6 months of repayments, which it said it would use partly to offset the collections charges that have accrued on your husbands account – currently standing at £48.

However, the complaint has since dragged on and you say you have ‘no faith’ the issue will be resolved to you and your husbands satisfaction – with the collection charges creeping up.

I contacted Vodafone as the stress of the impact this could have on your husbands credit file, plus the mounting charges, was making you both increasingly worried.

Fortunately, after speaking to the team, it admitted it was in the wrong and offered a full refund.

A Vodafone spokesperson said: ‘After having looked into this, it is clear that the extra line was set up in error without Mr and Mrs B’s knowledge. We are very sorry for this mistake and the inconvenience caused and are issuing a full refund.’

You have since confirmed you have received the money and that the markers had been taken off your husbands file.

While this is now resolved – little credit can be given to Vodafone who took months to rectify an error that was entirely theirs.

However, again, this is a reminder to always check your outgoings regularly in order to avoid being left hundreds out of pounds out of pocket. 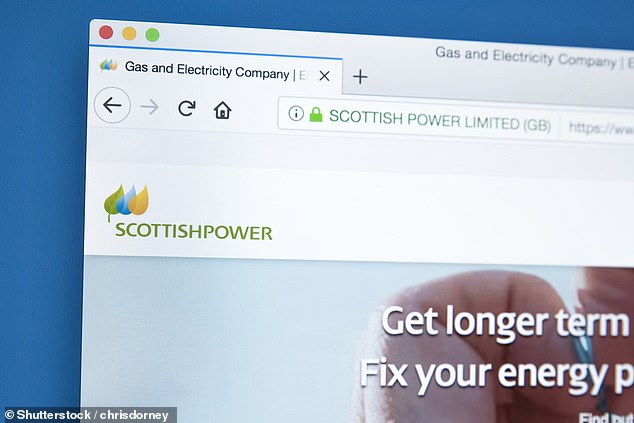 Miss: Scottish Power is under the microscope this week after reader, John, revealed the many issues he had been having with the energy firm.

He said: ‘I was recently charged with selling my parents property and settling and closing all utility bill accounts on completion of the sale.

‘My mother is in a care home with vascular dementia and my father is not in the best of health and is in sheltered housing.

‘The property was sold and the account for gas and electricity with Scottish Power was closed.

‘However, I have an issue with retrieving £374.58 paid by me to Scottish Power to settle my parents account which I paid by bank transfer.

‘When I paid the monies I did not include my parents account number on the payment, thus that attempt to settle the account failed.

‘I was subsequently contacted by an employee of Scottish Power chasing payment. I explained to him the mistake and agreed to pay the £374.58, this time with the account details included.

‘I visited my bank and was given a telephone number to obtain details of the transaction so I could get a refund of the initial payment.

‘Since then, I have made a number of attempts to resolve the issue via email and by phone calls, however to date all have been unsuccessful.’

Sorting out your parents finances was clearly a priority which is why you happily paid the amount twice, trusting that you would get your funds back in good time.

However, now you have been waiting for weeks for the payment, even though you are happy for the monies to be returned as a credit on your father’s new account.

I contacted Scottish Power to see why there was a delay on returning the initial payment as you said you were getting nowhere with the firm.

Luckily, the supplier recognised its error and has given the money back plus £100.

A spokesperson said: ‘We’re sorry for the difficulties experienced by Mr R when settling his parents’ energy account and have now issued a full cheque refund of the original £374.58 paid, which had been allocated to a suspense account.

‘We’ve also provided a further £100 as a goodwill payment in recognition of the poor customer service received, which brings this matter to a close.’

Trying to get a refund took too much energy but at least now you will no longer have to chase.

Hit: Meanwhile, reader Daona, praised the customer service she had received from Pyrex.

She said: ‘We bought three flat baking sheets few years ago. We noticed a chip from one corner and emailed Pyrex.

‘They asked for a picture and proof of purchase. We sent both over email and a few weeks later we got a new baking sheet. You can’t ask for more from a company.’