Grace Tame has accused Scott Morrison and his office of being ‘disingenuous and misleading’ and engaging in ‘careful spin’ with their response to her claims of being snubbed over a key government plan to combat child sexual abuse.

Ms Tame, a high-profile sexual abuse survivor, claims she was ‘blindsided’ when asked by ABC News 24 on October 22 what would be in the National Strategy to Prevent Child Sexual Abuse because she hadn’t been asked to help construct it.

‘Surely we the people deserve politicians who are above gaslighting victim-survivors?’ She Tweeted in her latest broadside directed at the PM.

Since being made Australian of the Year in January the 26-year-old, who was raped by her school teacher as a teen, has been a fierce activist for fellow sexual assault survivors – and critic of the prime minister. 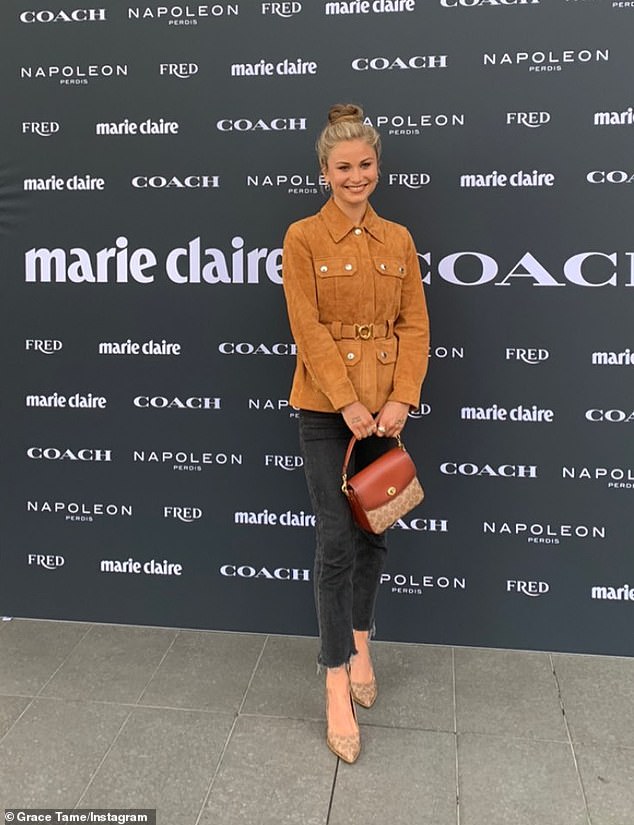 ‘Surely we the people deserve politicians who are above gaslighting victim-survivors?’ She Tweeted in her latest broadside directed at the PM

How Grace and the PM have fallen out

January 25 – Scott Morrison announces Grace Tame, an outspoken advocate for survivors of sexual assault’ as Australian of the Year. He presents her with the award at National Arboretum in Canberra.

March 30 – Ms Tame criticises the appointment of the new Commonwealth Assistant Minister for Women Amanda Stoker over her support for a men’s rights activist. In the same post she accused Mr Morrison of being ‘ignorant of the cultural issues at hand or [perpetuating them].’

May 24 – Ms Tame told the Betoota Advocate Mr Morrison made a crass comment on stage when he gave her the Australian of the Year ceremony, which was ‘gee I bet it felt good to get that out?’ Mr Morrison confirmed this.

In August and September – Ms Tame criticised Christian Porter’s temporary promotion and the handling of his sacking. He was been accused of rape, allegations he denies.

October 25 – Ms Tame accuses Ben Morton, assistant Minister to the PM of  being ‘disingenuous and misleading’ and engaging in ‘careful spin’ over her claims she was not invited to help draft the National Strategy to Prevent Child Sexual Abuse.

On Friday ABC presenter Ros Childs asked Ms Tame what would be in the influential plan, assuming she would be involved.

A visibly embarrassed Ms Tame admitted live before a national audience she wasn’t involved in drafting the strategy.

But when the matter was put to Mr Morrison in Federal Parliament, he asked Ben Morton, the Minister Assisting the Prime Minister and Cabinet, to answer.

Mr Morton detailed meetings and conversations with Ms Tame about the strategy in March, May and June.

But Ms Tame responded fiercely to Mr Morton’s comments, dissecting his claims in a long thread comprising of 10 Tweets.

‘I was genuinely blindsided on Friday,’ she clarified.

‘To be absolutely clear, last Friday 22/10 I was asked if I’d been involved in the strategy’s drafting live on air. I had not.

‘I have not written, seen or approved any official documents. They didn’t proactively engage me. To suggest otherwise is disingenuous and misleading.

‘Ben finished his answer today by saying “victim-survivors deserve to be above politics”. A defence of us? Or a veiled threat?

‘Surely we the people deserve politicians who are above gaslighting victim-survivors.

‘[Mr Morton’s answer] simultaneously made the government look like it values my input very highly and made me look uncooperative.’

Ms Tame claimed at least two of the meetings Mr Morton referred to were not ‘formal strategy consultation/drafting’ sessions.

One ‘meeting’, she said was actually an ‘informal introduction’ to Rebekah Kilpatrick from the National Office of Child Safety over breakfast. 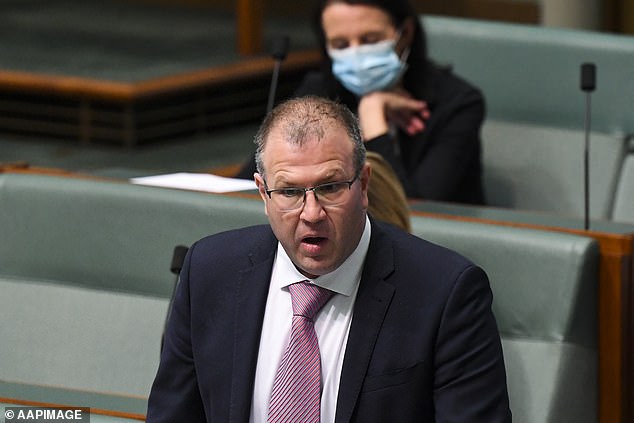 Another was a phone call with Mr Morton ‘to discuss budget figures that had already been decided, and my goals for law reform’.

When the Indigenous organisation The Healing Foundation sought Ms Tame’s contribution, it was told by a ‘a government-funded source’ that her involvement didn’t ‘align’ with it.

At another meeting in June, Ms Tame says Mr Morton and Ms Kilpatrick met with her and her partner where ‘we discussed my hopes for specific legislative reforms. We reviewed a table of legal definitions’.

What Scott Morrison’s office said about the Grace Tame snub

Australian of the Year and abuse survivor Grace Tame claimed she had not been invited to help draft the upcoming National Strategy to Prevent Child Sexual Abuse.

When Daily Mail Australia put this to the Office of the Prime Minister and Cabinet, we were given a timeline of her involvement. Below is the PMC claims with Grace Tame’s recollections.

3 March – Meeting with Grace Head of National Office of Child Safety (NOCS) for a briefing on the work of NOCS including development of the National Strategy.

Grace Tame said ‘I was informally introduced to Rebekah Kilpatrick from the National Office of Child Safety at a café while I ate bacon and eggs.’

13 May – Phone call between Grace and Minister Morton regarding the initial measures for the National Strategy announced in the May Budget. Media release regarding development of strategy emailed to Grace.

Ms Tame said: ‘Morton called me to discuss budget figures that had already been decided, and my goals for law reform [not] a formal Strategy consultation/drafting.’

27 May – On behalf of NOCS, The Healing Foundation invitation issued to a workshop for victim-survivors and their advocates relating to the final development of the National Strategy. A follow up was sent on 3 June. Invitation, no participation.

Ms Tame claims The Healing Foundation was told by a ‘government funded source’ that her involvement didn’t ‘align’ with it.

14 June – Meeting with Grace with Minister Morton and Head of NOCS in Hobart to discuss the development of the National Strategy and national definitions of consent.

Ms Tame says she and her partner met Ben Morton and Rebekah Kilpatrick in Hobart. They discussed ‘my hopes for specific legislative reforms. We reviewed a table of legal definitions [not] a formal Strategy consultation/drafting.’

20 October – NOCS issued an invitation to the launch of the National Strategy. This has not yet taken place.

Source: Department of the Prime Minister and Cabinet/Grace Tame Twitter