GRAEME SOUNESS: Don’t be naive and write off Liverpool, they WILL come good

I will never forget the headline in a national newspaper after Liverpool were beaten 3-1 by Manchester City at Anfield on Boxing Day of 1981, leaving us 12th in the First Division. ‘The Empire is crumbling’, it read. We went on to win the league.

So, when I hear talk of this Liverpool team being past their best, I really do laugh. You would be a raving lunatic to suggest they are in need of a rebuild.

Sportsmail ran the headline ‘Who’s in crisis now!’ after they lost 2-1 at Manchester United on Monday. OK, I understand, there is a demand to focus on the big teams when they’re not doing so well.

But some of the reaction is naive – it is three games, for goodness sake. I accept what we’re seeing is not the Liverpool of the past five seasons. But trust me, they will come good.

They were written off last season in March and ended up missing out on the title by one point. They need to stick to what has made them so successful.

I go back to 1981. We were told we were finished and people were on at us. We made some tweaks in terms of personnel, but we did not change a thing in terms of how we played as we had a proven formula. That was always drilled into us by the management.

Jurgen Klopp and his Liverpool team will be the same. The players will be angry with themselves and will want to prove the doubters wrong, like we were, but they won’t be pressured into changing anything. 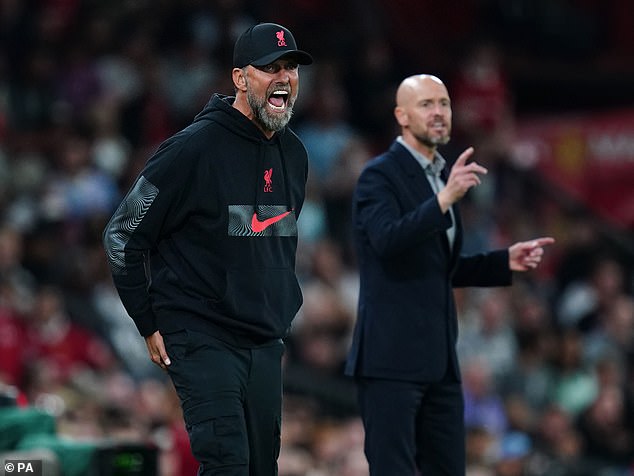 By that, I mean the wise guys are on about the high defensive line being a weakness again. We heard the same noises last season when they had a sticky patch in December and the year before when they were beaten 7-2 at Aston Villa.

And yes, we saw it for Marcus Rashford’s goal on Monday, breaking the line of the back four and ending up one-on-one with the goalkeeper. But we played exactly the same as that. If you want to be a top team, it is the only way to play.

The advantages of pushing up to halfway, over a hard nine months of the season, far outweigh the disadvantages. The three parts of your team have to be in contact with one another and, for that, your defence has to get right up the pitch.

The problem they have, right now, is that I don’t think every one of them is at peak fitness.

That can happen going into a season, it has always taken a few weeks for players to find their level. And if you play the way Liverpool do, it just takes one person not to press and the system fails. For me, not all of them are up to speed and that is why it is breaking down.

But this time of the season is a rollercoaster, it throws up as many strange results as the end of a campaign. 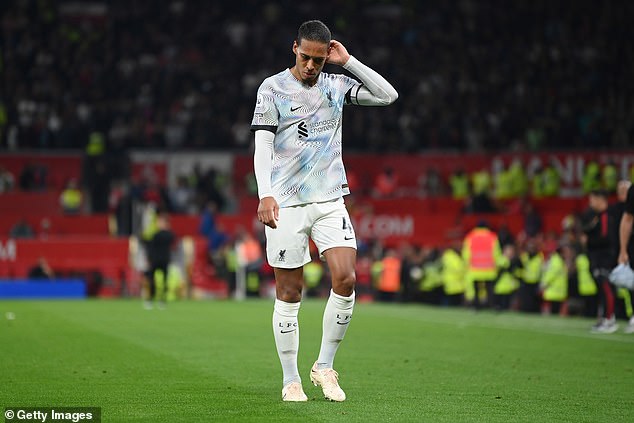 It was only a few weeks ago, after the Community Shield victory over Manchester City, that everyone was raving about how good Liverpool were.

A couple of weeks before that, when they lost to Manchester United in Bangkok, they were s***. Now, it is the same.

As for the game on Monday, everyone is saying United were great. They played very well for half an hour, OK. But you can’t be that great if you only have 30 per cent of the ball. Liverpool got themselves back into it and very nearly got a point. They weren’t well beaten, as some of the coverage suggests.

Even the players, among the very best in this country, are being targeted for individual criticism which is far too strong. 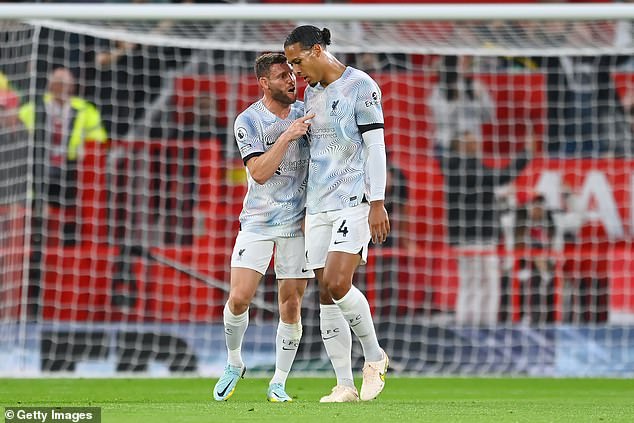 Virgil van Dijk, for example. Come on, are we really going to start writing him off? Madness. Van Dijk, like a lot of them, is into his 30s. That is being used as another reason to suggest they are on the downslope. Nonsense.

I played the best football of my career at 30 and 31 in the year before I left Liverpool for Sampdoria. And that was in the Eighties. These boys are a different level when it comes to fitness and conditioning.

That is how it should be, don’t wait until half-time for the manager to say something. I like it when players don’t absolve themselves of responsibility. I had James at Newcastle, I know what type of character he is. He was entitled to dig out his team-mate. I’ve been there, it is a positive. 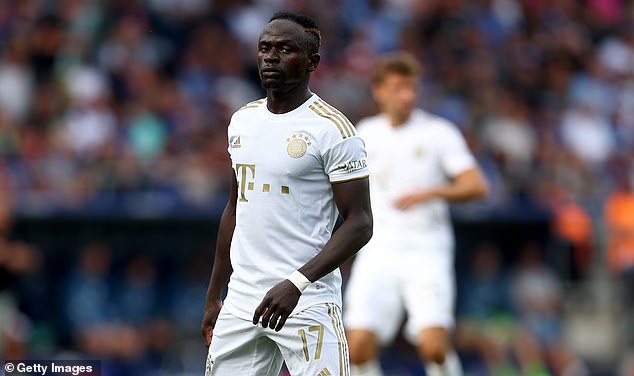 Then it is being said Liverpool aren’t the same team without Sadio Mane. Any side in the world would miss Sadio Mane!

You get my point. It seems to be open season to give Liverpool a kicking after three games without a win.

But it is also too early in the season for that to be reflective of where they’ll be going forward. Let us see who is in crisis come May.

Trippier foul is part of the game

I understand the nature of the foul by Newcastle’s Kieran Trippier on Manchester City’s Kevin De Bruyne on Sunday.

It was a cynical trip on the halfway line to stop an attack. That type of challenge will not hurt anybody unless the recipient falls awkwardly. It was rightly downgraded from a red to yellow card by VAR.

We have seen it for generations – a shirt pull, a trip when an opponent gets away from you. As a player or manager, even if my team was on the receiving end, I accepted it.

I have heard the suggestion of a sin-bin for such a foul but I’m not one for tampering with the rules like that. There is a penalty – you get a yellow card.

Try playing with a booking as a defender, you’re not the same player. Some people might not like it, but that foul will always be part of our game. 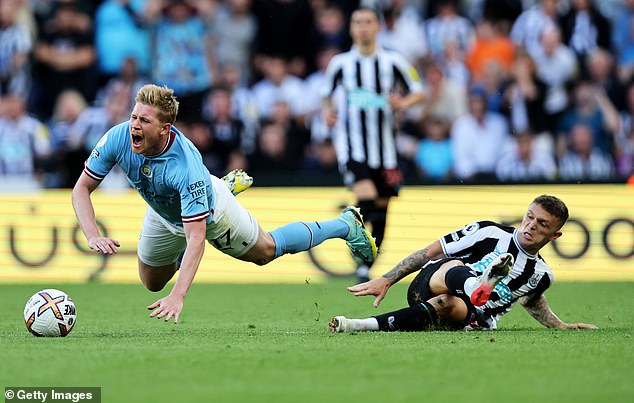 The foul that Kieran Trippier made on Kevin De Bruyne is cynical, but it is a part of our game

Conor Moore’s impression of me is brilliant

I have watched the impressionist sketch doing the rounds of myself and my Sky Sports colleagues Roy Keane, Jamie Carragher and Gary Neville. I have to say, it really made me chuckle, it is absolutely brilliant.

The guy, Conor Moore, has got us all off to a T. It ends with me throwing a chair through a studio window.

Now I have never thrown a chair through a window in real life, but I did once kick a TV when Rangers lost a Scottish Cup tie at Dunfermline in 1988. And yes, it broke. I was a young man back then, though…

Spike was a class act

Spike was one of our most gifted players and was a great lad with it, very clever with good banter. If he’d had a bit more devilment about him, I believe he could have played for one of the very top clubs and won more than his three England caps.

In terms of quality, he was top class. He could curl the ball into the net, which was difficult in the Seventies.

Most players went for power because of the state of the pitch, with the ball bobbling all over the place. He could craft it in a way others could not and was a real classy player.

He also did not miss a single game for eight years. While others were mixing it in midfield, he was playing his football. I told you he was a smart guy. Rest in peace, Spike.