‘They HAVE to be better than that!’ Graeme Souness lays into France after Kylian Mbappe got them out of jail against Denmark and says Les Bleus are ‘not terribly convincing’ – as fans claim the team are ‘SHOCKING’ without their star forward

Graeme Souness insisted France ‘weren’t terribly convincing’ in their 2-1 win over Denmark on Saturday despite confirming their place in the World Cup last 16 with the victory.

A Kylian Mbappe brace helped Didier Deschamps’ side claim their second win in as many games in Qatar but they were made to work for the three points after being pegged back by their opponents.

Souness, speaking on ITV, criticised the defending champions’ showing but admitted that France ‘don’t have to be brilliant to win things’ because of the brilliance of Mbappe. 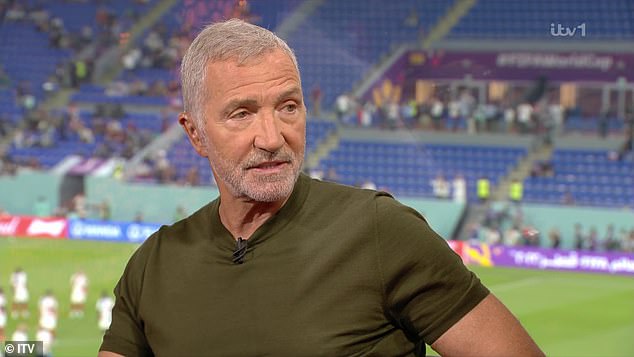 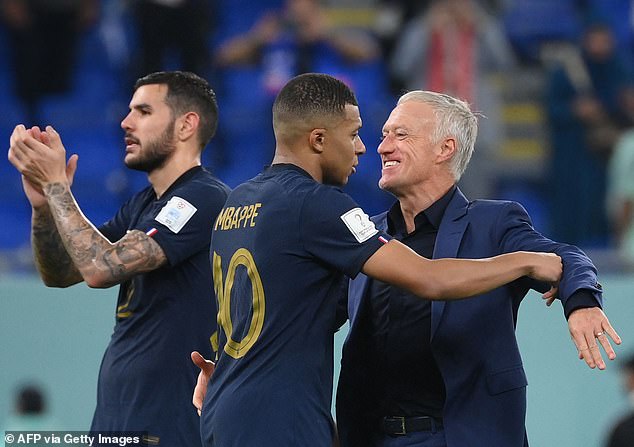 ‘They have to be better than that’, Souness began. ‘When you’ve got an absolute goalscorer which he [Mbappe] obviously is, and the way they play where they try to suck teams onto them, when you’ve got someone who can get goals for fun, you don’t have to be a brilliant team to win things.

‘For me tonight they weren’t terribly convincing all over the pitch but with an out-and-out striker like him who scores for fun they are dangerous.’

Mbappe has already equalled Lionel Messi’s tally of seven goals at World Cups and has now scored three goals in two games out in Qatar.

He has moved level with Zinedine Zidane in France’s all-time scoring charts with 31 goals in 60 games, including 14 in his last 12 outings. 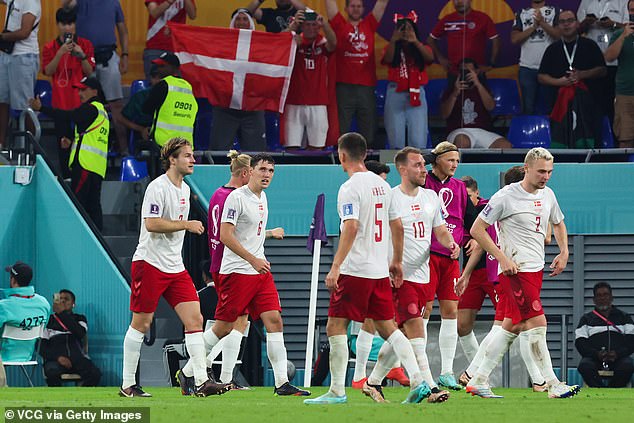 France were pegged back in the second half by their opponents, who had several chances

There is a worry amongst fans that the 23-year-old is carrying France, with several social media users suggesting his quality papers over the cracks in their squad.

Les Bleus still have to play Tunisia in their final game of Group D, but seem set to win the group and face the runner-up of Group C in the last 16 before a potential fixture against England in the quarter-finals.