Graham Arnold tells his stars: ‘No celebrations. No emotion’ after incredible Denmark win

Graham Arnold has urged his players to keep their feet firmly on the ground, insisting there would be no celebration after Australia reached the Round of 16 of the World Cup.

Mathew Leckie scored the only goal of the game as the Socceroos beat Denmark 1-0 on Wednesday afternoon (early Thursday morning AEDT) to reach the knockout stages of the World Cup for only the second time in their history.

Australia ended a 12-year wait for a World Cup win on Saturday when they beat Tunisia, but Arnold insisted his players would not get carried away as their job wasn’t done yet.

Ahead of the clash against Denmark, he urged his troops to avoid social media to remain focused on the task ahead and he reiterated both points immediately after clinching a spot in the Round of 16.

‘No celebrations tonight. That’s why we won after a great win against Tunisia,’ he said.

‘No celebrations, no emotion, sleep, no social media.’

Arnold was one of Guus Hiddink’s assistants when Australia first reached the knockout stages 16 years ago and ahead of the World Cup declared his players could emulate the class of 2006. 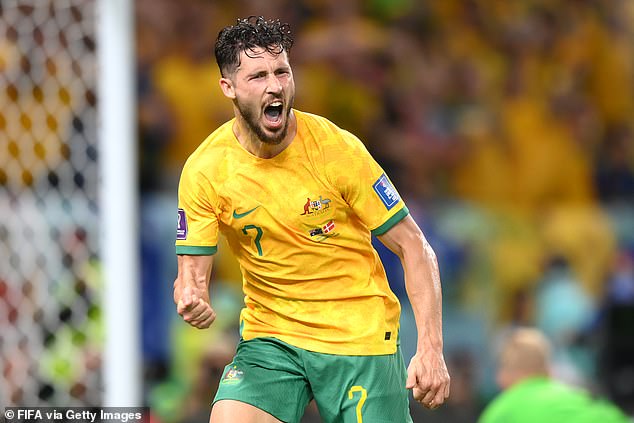 The claim was met with skepticism, which was exacerbated by a 4-1 drubbing at the hands of France in Australia’s opening game in Group D.

Arnold dismissed the result as ‘the best friendly we could have hoped for’ and stuck to his guns in the face of mounting criticism.

He was handsomely vindicated, as back-to-back wins against Tunisia and Denmark secured a berth in the Round of 16.

Immediately after beating Tunisia, Arnold got his players in a huddle and spoke to them on the pitch. He did so again after the win against Denmark. 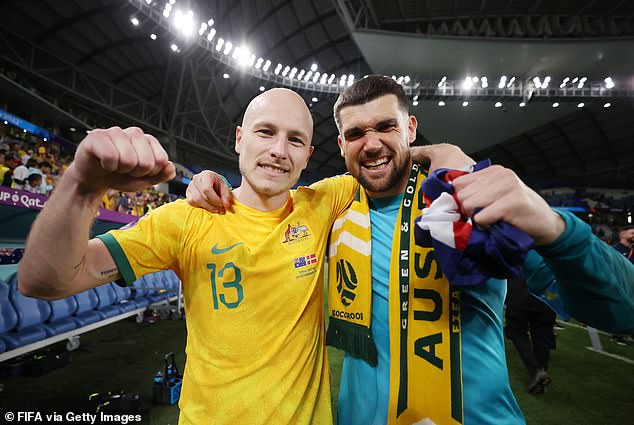 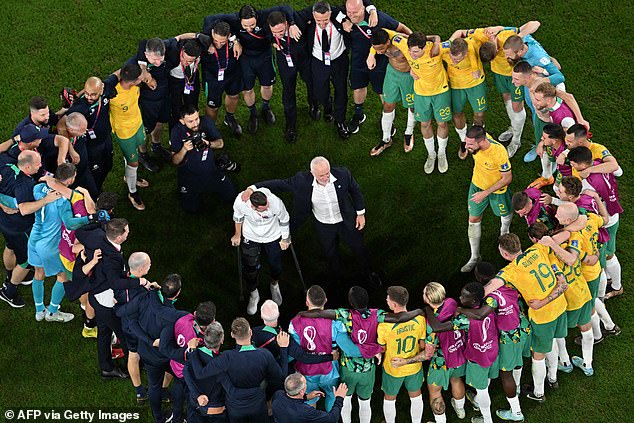 Arnold, as he had done after the game against Tunisia, spoke to his players immediately after the final whistle on Thursday morning

‘I’m just so proud of the effort by the boys,’ he said.

‘[It was] A short turnaround [from the game against Tunisia], but their effort was incredible. A lot of belief. A lot of hard work.

‘These boys came in with a great mindset. We’ve been working on this for four-and-a-half years, and I could see in their eyes they were ready tonight.’ 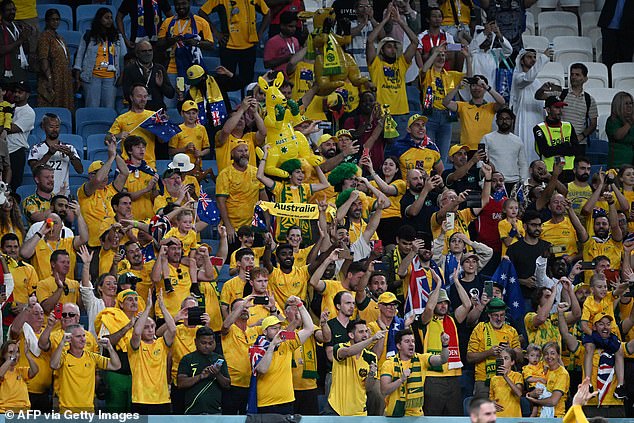 A ‘proud and exhausted’ Leckie struck a similar tone.

‘It’s hard to put into, or to describe the emotions right now. We always knew we could do it.

‘We believed as a group. We had our doubters. With our spirit, our belief, our work ethic and how close we are, it shows on the pitch.’

The Socceroos played eventual world champions Italy in the Round of 16 in 2006, but they will face one between Poland, Argentina and Saudi Arabia on Saturday night (6am Sunday AEDT).