The presenter, 57 – who announced earlier this month he will depart his BBC Radio 2 role in December – will host shows on Saturdays and Sundays, beginning in the new year.

In a statement, Graham said he was ‘surprised’ to be joining the network as he was ‘content’ where he was, but didn’t want to miss out on hosting weekend shows.

Graham said: ‘I am excited and a little surprised to be joining Virgin Radio UK in 2021.

‘I was very content where I was but the opportunity to host shows across the weekend seemed too good to miss out on.

‘Plus the energy and enthusiasm at Virgin Radio are infectious and I can’t wait to get started! Did I mention the studios are very close to my house?’

Virgin Radio UK content director Mike Cass added: ‘Graham Norton is one of very few truly unique talents in broadcasting. I’m delighted to be welcoming him to the Virgin Radio family in the new year. 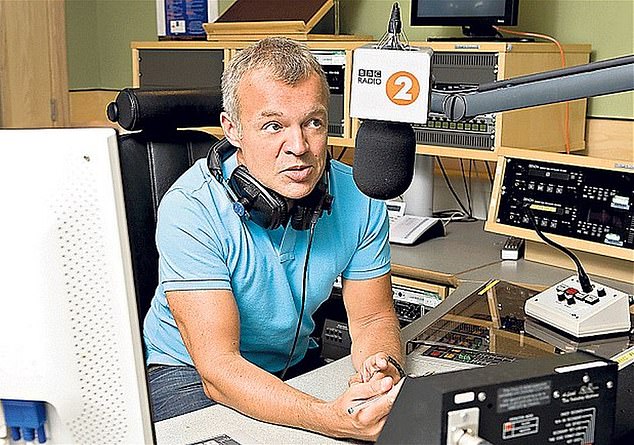 Farewell: The presenter, 57 – who announced earlier this month he will depart his BBC Radio 2 role in December – will host shows on Saturdays and Sundays, beginning in the new year

‘He’ll be bringing double the wit, double the banter and double the love across Saturday and Sunday.’

Wireless CEO Scott Taunton added: ‘Wireless continues to invest in the very best talent as we drive forward the ambitious plans we have for our national digital stations in the UK.

‘Graham is a broadcasting icon and it’s not hard to see why he has the highest-rated single radio show in Europe. Tuning in to Graham Norton on Virgin Radio will be the hottest new year’s resolution around.’

Last week, Graham confirmed he will leave his Saturday morning show on BBC Radio 2 after 10-years on the airwaves.

Graham will present his last programme on Saturday December 19th 2020.

The star had hinted last year that he was keen to strip back his workload, although had suggested it could have been a reduction of his television commitments. 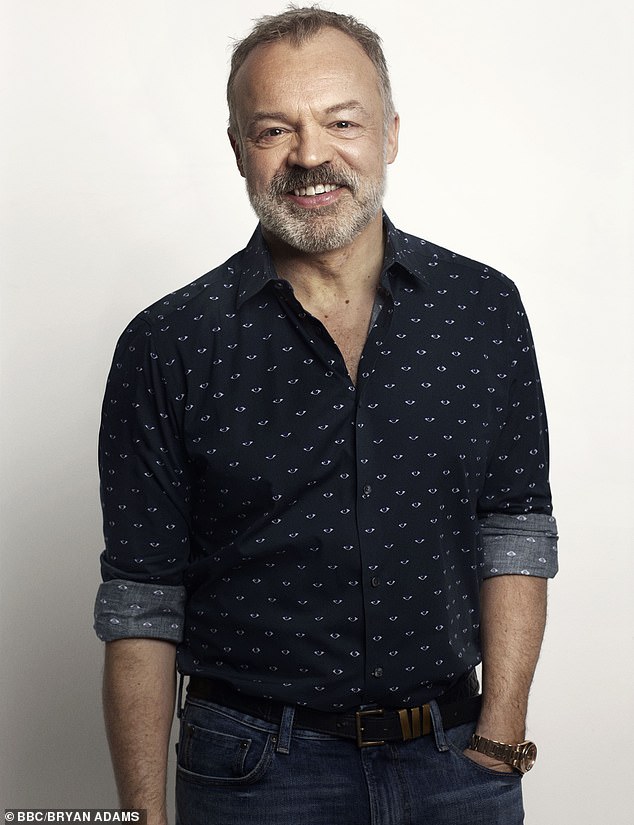 Golden opportunity: In a statement, Graham said he was ‘surprised’ to be joining the network as he was ‘content’ where he was, but didn’t want to miss out on hosting weekend shows

Announcing the news of his departure on Wednesday, Graham said he would still be doing television.

He added: ‘Obviously I’m sad to be stepping away from my Radio 2 show. I’ll miss being a part of the Wogan House family, as well as the listeners and their lives.

‘I’d like to thank my producer Malcolm Prince and all the teams I’ve worked with for a great decade of radio.

‘Happily with the chat show, Eurovision and Drag Race the BBC continues to be my perfect TV home.’

Graham has repeatedly mentioned cutting back on his work and desire not to keep going until he was too old.

‘What I might try to do is just cut back on my workload.’

He told the Mirror: ‘I’m not jumping tomorrow but it is in my head. You want to get out when you can still enjoy your life.

‘Neighbours of mine worked and worked and went on this trip of a lifetime round the world. They had to be airlifted three times because they were too old to do this trip. They got stuck on every hike they did.

‘So I don’t want to be them. You want to get out of work when you have still got time to enjoy your life.’

She said: ‘Graham Norton will be hugely missed on Saturday mornings on Radio 2.

‘He is a first class broadcaster but I’m thrilled he’s committed to continuing to be a regular fixture on the BBC as the host of his hugely popular and award-winning The Graham Norton Show, the BBC’s coverage of Eurovision and Drag Race UK.’

Graham joined Radio 2 in October 2010 to host the Saturday morning slot, taking over from Jonathan Ross.

There is no suggestion money is a factor in the decision as he is the third highest paid person employed by the BBC. 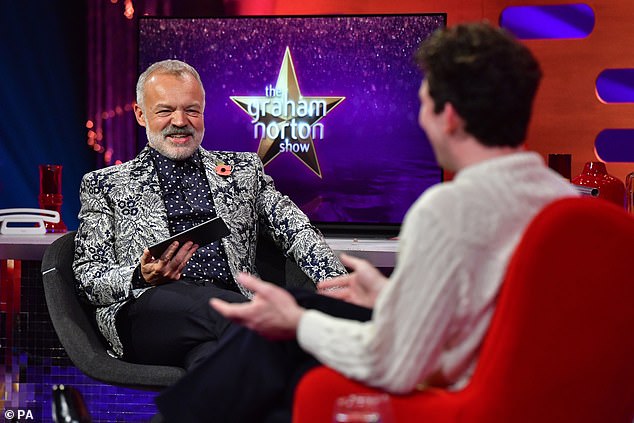 The day job: The presenter’s decision to step down from his BBC radio job will not affect his hugely popular BBC1 staple, The Graham Norton Show

It has not yet been confirmed who will be replacing Graham, with the BBC teasing that a new schedule will be announced in due course.

Head of Radio 2 Helen Thomas praised Graham as she shared: ‘For the past decade, Graham has made Saturday mornings his own on Radio 2.

‘His sparkling interviews, as well as his brilliant shows from the Eurovision host city each May, have kept millions of listeners entertained each week.

‘On behalf of the Radio 2 listeners, and everyone in Wogan House, we’d like to thank him and wish him the very best of luck for the future.’