Graham: We will acquit him in a WEEK – and we will get Democrats to join us

We will acquit him in a WEEK – and we will get Democrats to join us. Lindsey Graham predicts outcome of Donald Trump’s impeachment trial hours after being sworn in to deliver ‘impartial’ justice

Sen. Lindsey Graham predicted President Trump would be acquitted by a bipartisan Senate after a week-long impeachment trial – giving the president a political bump before his February 4 State of the Union address.

‘I’m hoping this can be done in about a week and I predict a bipartisan acquittal of President Trump,’ Graham said.

Sen. Lindsey Graham painted a sunny picture of President Trump’s Senate impeachment trial telling Sean Hannity that he expected it to last only a week 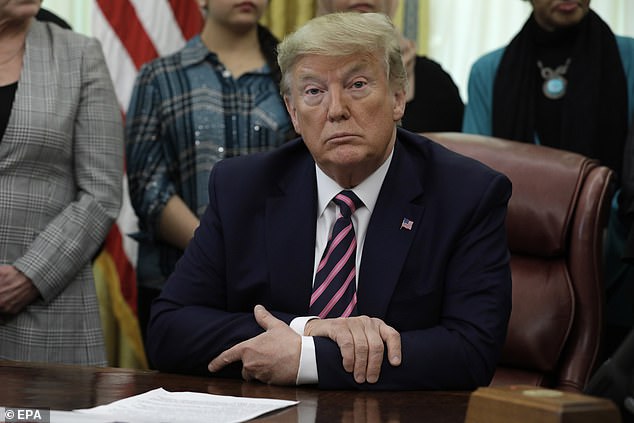 Sen. Lindsey Graham expected President Trump to be acquitted by a bipartisan Senate before the president delivers his February 4 State of the Union address in the House chamber 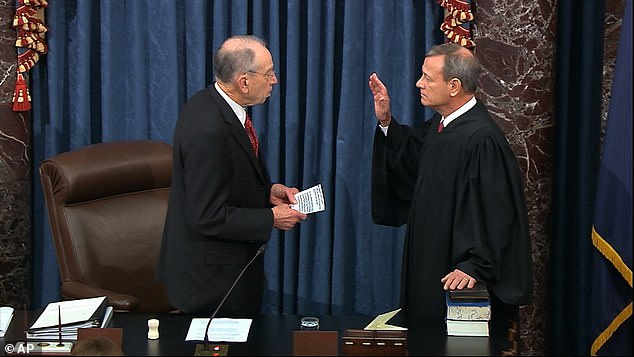 Graham’s comments came in the hours following the official Senate kick-off of the trial, with Supreme Court Chief Justice John Roberts (right) being sworn in by Senate President Pro Tempore Chuck Grassley (left) so he can preside over the Senate trial 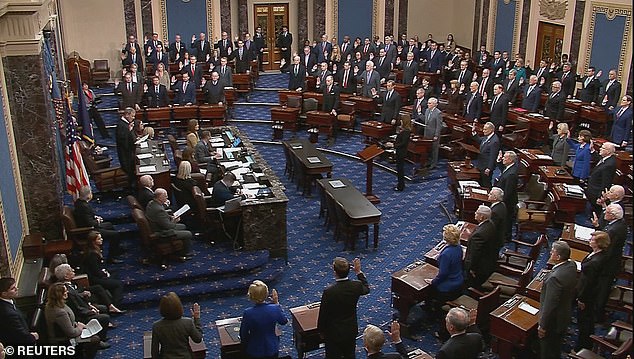 The South Carolina Republican’s comments came at the close of a day when Supreme Court Justice John Roberts arrived on the Senate floor to be sworn in.

Roberts will preside over Trump’s impeachment trial. And quickly got to work swearing in the 100 senators, who will serve as ‘impartial’ jurors.

On ‘Hannity,’ Graham – a top ally of Trump’s – railed against Senate Minority Leader Chuck Schumer’s insistence on having additional witnesses testify as part of the trial, calling it an attack on executive privilege.

‘I hope that nobody will be called as a witness,’ Graham said, explaining the Democrats had their chance during the House investigation to call some of Trump’s top people including former National Security Advisor John Bolton, acting White House Chief of State Mick Mulvaney and Secretary of State Mike Pompeo. ‘They chose not to call them,’ Graham insisted.

Calling out the Senate’s top Democrat by name, Graham added, ‘Chuck Schumer is not seeking the truth.’

‘The truth of the matter is that Chuck Schumer is willing to destroy executive privilege,’ Graham added.

Graham then blasted Democrats more broadly and then predicted they’d pay a political price for putting Trump through impeachment.

They just hate this guy so much Sean,’ Graham said. ‘From the time he got elected to now it’s been an unending effort to destroy his presidency.’

Graham recalled how the GOP lost five seats in the 1998 midterms, during the run-up to President Bill Clinton’s December impeachment. Clinton got acquitted by the Senate in February 1999.

‘Most Americans jealously guard the right to pick their own leaders. I think they’re going to hold it against politicians who tried to take that right away,’ he added.

Graham then made his boldest prediction for what’s to come.

‘And on February 4th, when the president comes into the House chamber to deliver the State of the Union, he will have been acquitted by the Senate, he’ll be the strongest he’s ever been politically and when it comes to Donald Trump … the best is yet to come,’ Graham said.