Grand Designs eco-home up for sale for £1.5million

An eco-home that featured on TV’s Grand Designs has gone on the market for £1.5m.

Food writer Mark Diacono and his wife Candida built the new home as well as a winery and a cookery school in just a year on land they already owned where they had a vineyard and orchard producing sparkling wine and cider.

But they started the ambitious project without having all the budget in place and ended up crowdfunding to raise £60,000 in 28 days or they wouldn’t have been able to finish the build.

This stunning eco-house which featured on Channel 4’s Grand Designs in November 2016 is on sale for £1.5 million 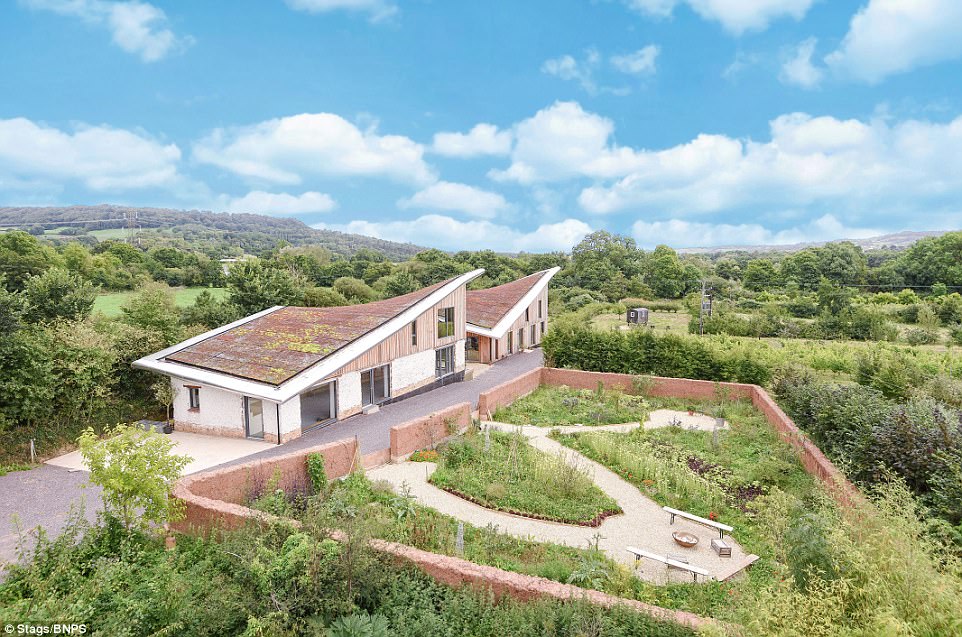 The property, Otter Farm in Honiton, Devon is being sold along with a wine making business  and 17-acres of land 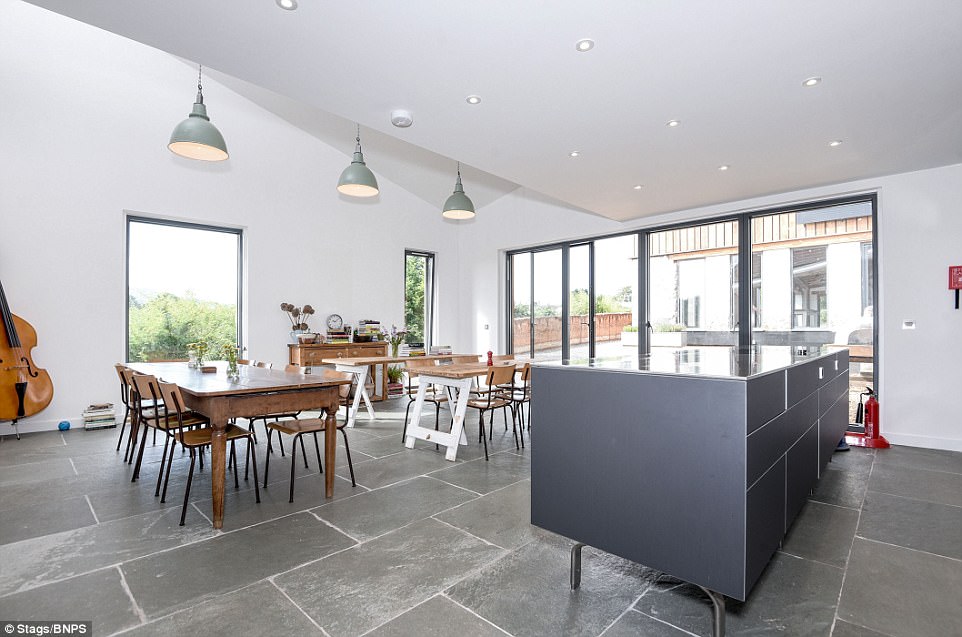 Mr Diacono confounded presenter Kevin McCloud with his endless optimism on Channel 4’s Grand Designs, which aired in November 2016, but the host was impressed with the end result.

The couple are now selling their striking home and business, Otter Farm in Honiton, Devon, through estate agents Stags.

In nearly 17 acres of land, it includes the four-bedroom eco-home, a winery, farm shop and cookery school, a cob-walled kitchen garden, established vineyard and orchard, river meadow and fishing rights on the River Otter.

The couple currently grow a large variety of herbs, fruit and vegetables on their unique small-holding, including strawberries, kiwis, apricots and mulberries.

The cob walls around the kitchen garden create a micro-climate that allows the food to grow over a longer season.

The vineyard was planted in 2010 and the 2015 vintage was grown without any herbicides or pesticides and made with Bacchus grapes. A box of six cost £69.

Mr Diacono runs food courses from the farm on growing your own produce, foraging, curing, fermenting and other topics, as well as selling the produce they have grown. 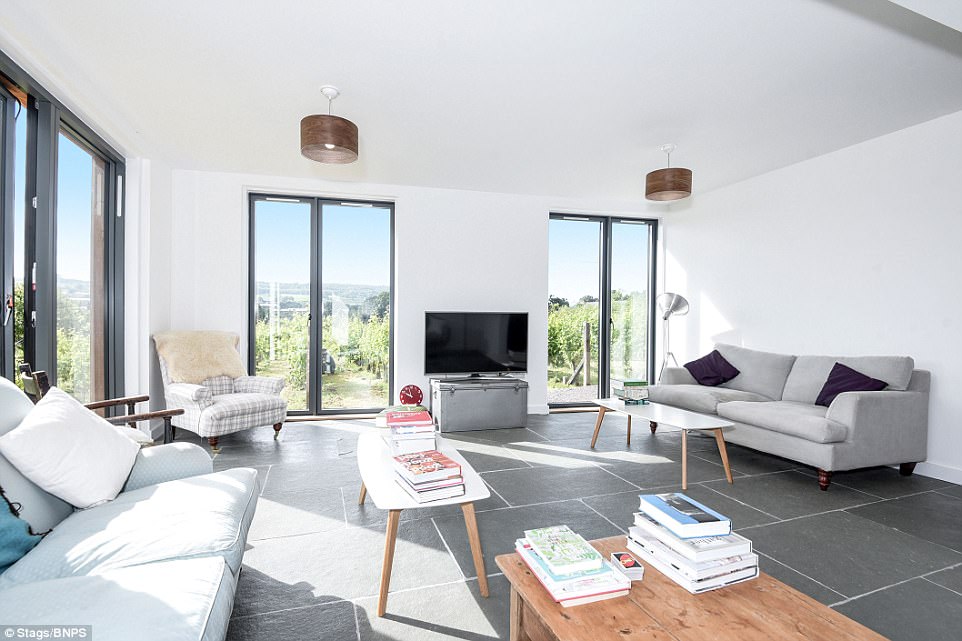 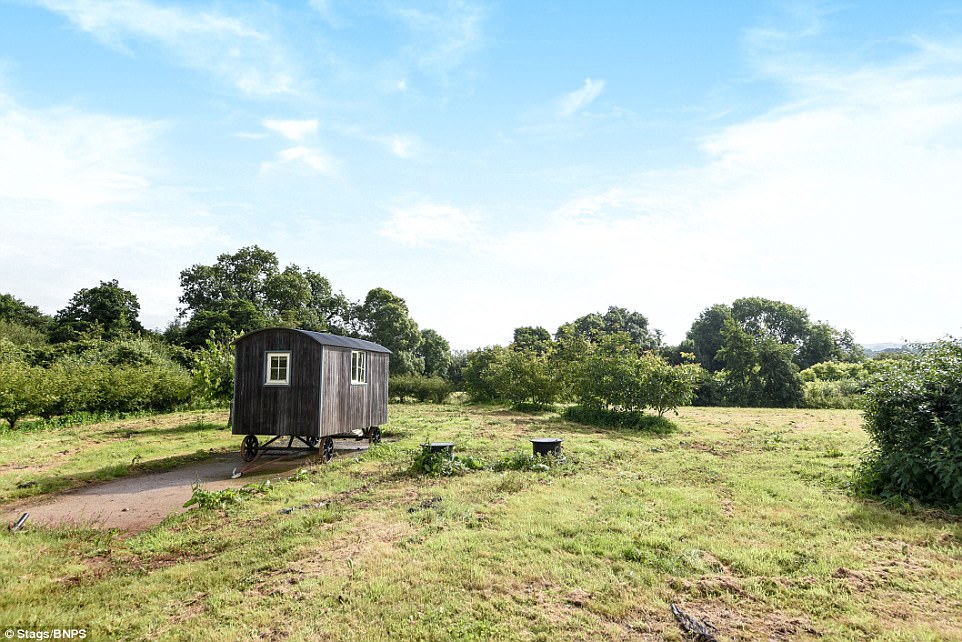 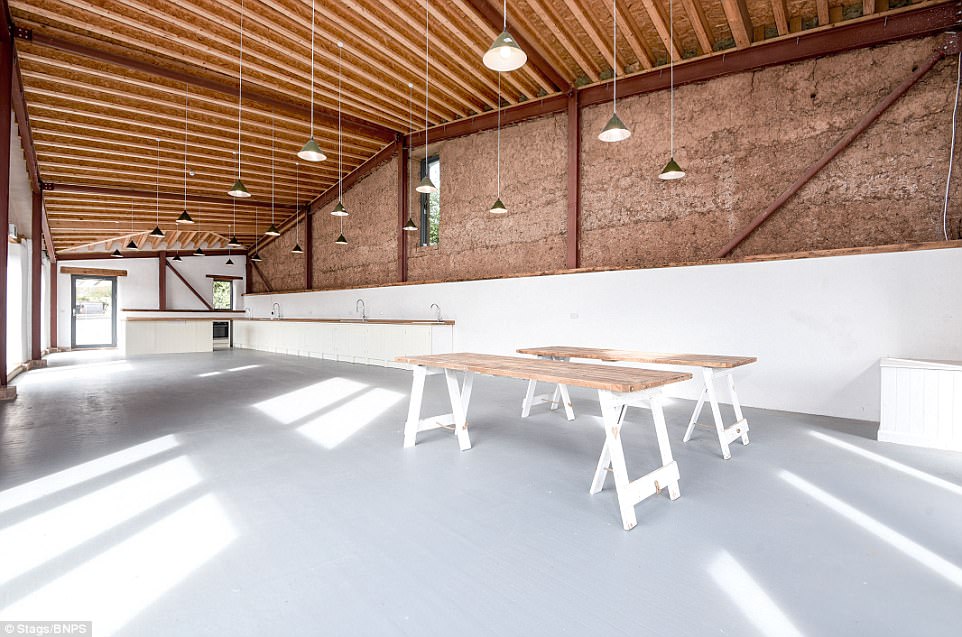 The house features more than 2,600 square feet of accommodation including four bedrooms and two bathrooms

He has also written multiple food books and designs edible gardens for people, including the kitchen garden at River Cottage HQ.

The house is highly insulated with recycled newspaper and heated by thermodynamic panels which take advantage of its southerly aspect, while the cookery school is heated by the natural warmth of the sun and made from cob, one of the earliest sustainable building materials. Both have a sedum roof.

The house has 2,603 sq ft of accommodation with an entrance hall, large kitchen/dining room with a pantry, a sitting room, study, four bedrooms and two bathrooms.

The cookery school is currently configured as one large space but has permission for three separate internal rooms and a mezzanine floor. There is also a basement for storage.

Mr Diacono, 51, said: ‘We have owned the land for about ten or 11 years and had a house that backed onto it but we wanted to build our own house and a cookery school where we could offer courses and expand the winery.

‘It was an ambitious project but it was a fun one.

‘My background is all in environmental consultancy so it’s very eco-friendly. 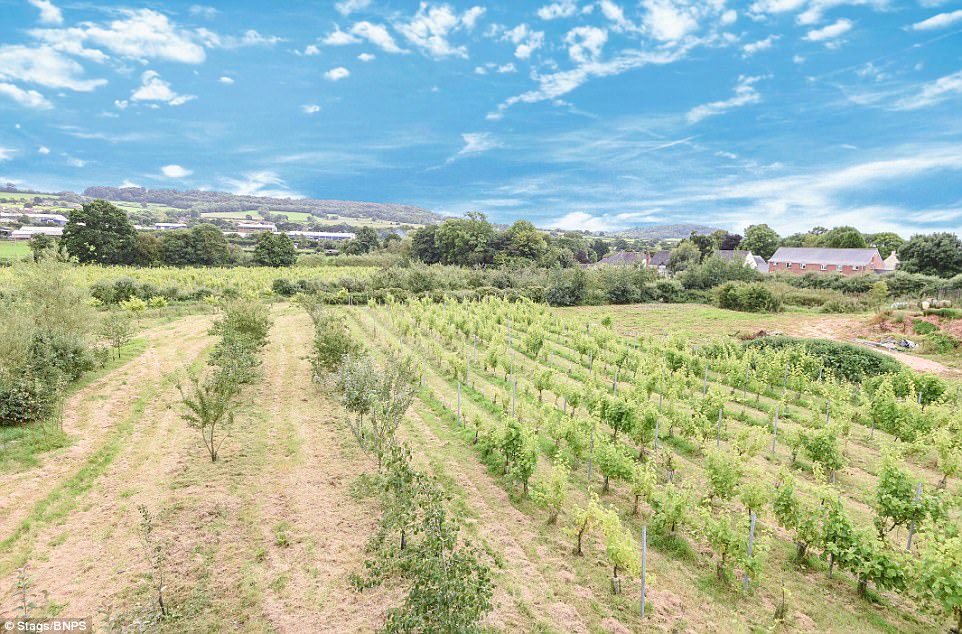 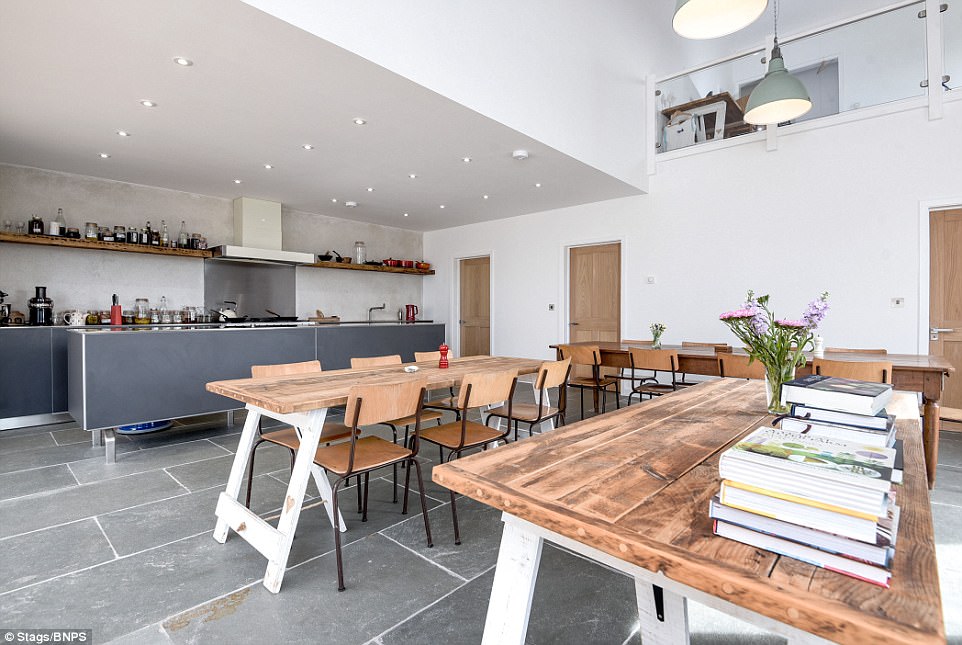 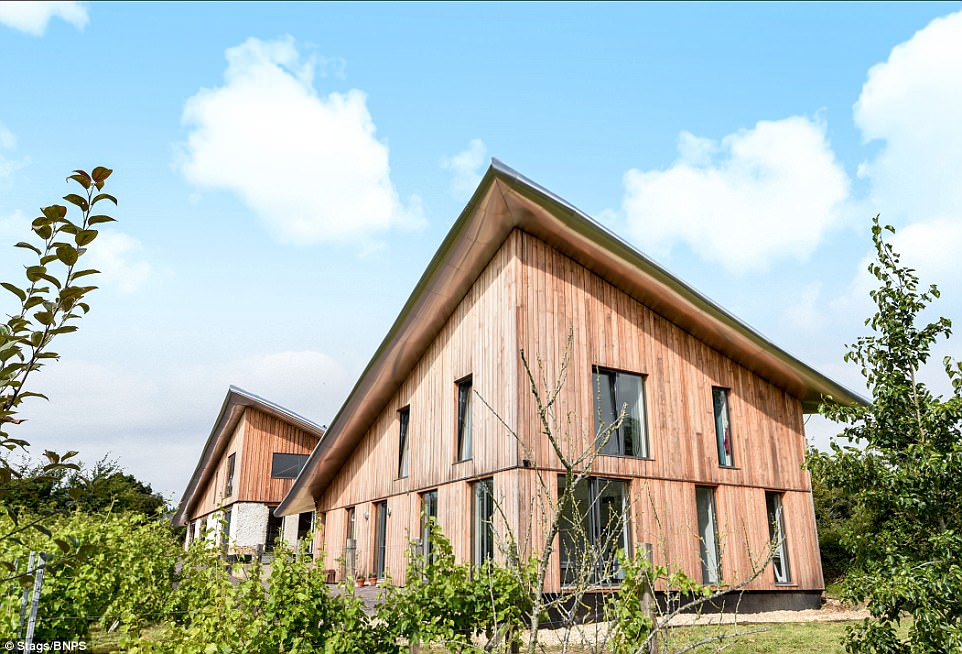 ‘The house is heavily insulated and uses the sun and heat in the air to power the heating and hot water system, just like plants do.

‘When we dug into the ground to make the wine cellar we found it was exactly the clay they would have used to make houses in the past so I thought ‘let’s make it out of cob’.

‘We used the clay that was excavated, stone that was already on the site and a bit of straw from next door.

‘It’s a long process when you start building a house. We’ve been doing the courses and running the business for 18 months but it was probably four years before that we started planning the build.

‘Life has changed quite a bit since then and we’re looking to move forward.

‘It’s a lovely place to live, we’ve got the river running by, and there’s lots of opportunities whether you use it just as a base and enjoy the land or make it a business.

‘The cookery school is really adaptable, we had permission to break it into three separate areas. It could be a restaurant, cafe, somewhere for talks or even wedding celebrations.

‘It has the same footprint as the house, you could use it as accommodation for family.

‘It’s the perfect location as you have got a good mix of countryside with 17 acres, but it’s a five-minute drive from Honiton station and 12 minutes onto the M5.’