Grand Duke Guillaume has tested positive for coronavirus, a week after his father confirmed he has the virus.

Hereditary Grand Duke Guillaume, 40, who spent the festive season with his family the Hereditary Grand Duchess Stephanie, 37, and their one-year-old son Charles, confirmed in a statement that he is symptom-free and isolating.

Grand Duke Guillaume has tested positive for coronavirus, a week after his father confirmed he has the virus (seen at Christmas with the Hereditary Grand Duchess Stephanie, 37, and their one-year-old son Charles) 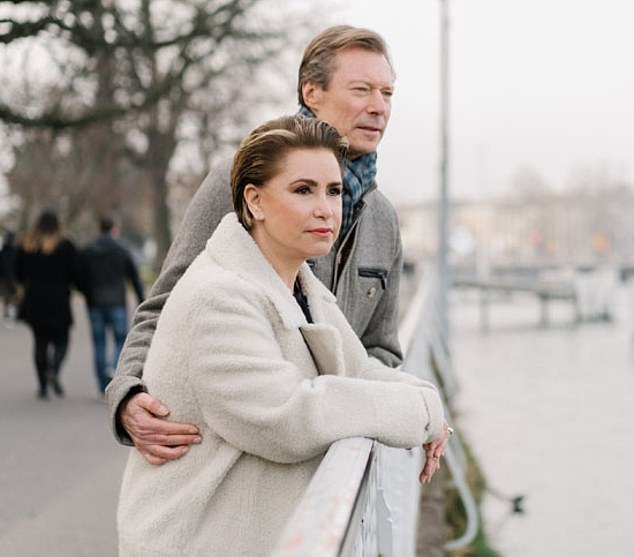 Confirming the news on Tuesday, the Grand Ducal Court said:  ‘Following a self-test which turned out positive, His Royal Highness the Crown Prince placed himself in self-isolation.’

Revealing that he is ‘symptom-free and isolating’, they added: ‘A PCR test carried out subsequently confirmed the positive result and His Royal Highness remains in isolation, in accordance with the provisions of the amended law of July 17, 2020 on measures to combat the COVID-19 pandemic’.

The news comes after the royal court revealed Grand Duke Henri was ‘showing mild symptoms’ just a few days after contracting the virus in the New Year. 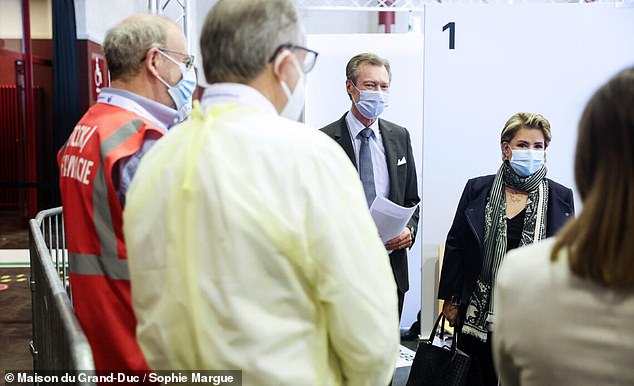 The news comes after the family spent the festive period together, releasing sweet pictures of Prince Charles of Luxembourg, 1, celebrating his second Christmas.

Charles, who was born in May 2020, showcased the playful smile which has earned him the reputation as one of Europe’s cutest royal babies in the sweet snaps.

Princess Stephanie was seen sporting an all-red ensemble while her son sat on her lap, as his father appeared to try and make his son laugh with a large stuffed animal bear, who was sporting a festive scarf and Santa Claus hat.

Behind the family was a fireplace decorated with stockings and candles, while Charles proved he is already turning into a trendy young prince, dressed in a cream jumper and tan trousers. 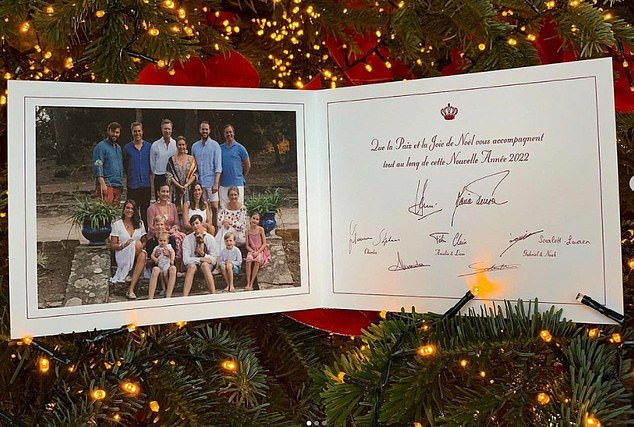 Charles was born at the height of the coronavirus pandemic, and has become a fixture of the Grand Ducal Court’s Instagram account.

At the time of his birth, the young Prince could not meet his grandparents Henri, Grand Duke of Luxembourg, and Grand Duchess Maria Teresa because of social distancing measure put in place to curb the spread of the coronavirus.

Discussing the birth of his son back in May, Prince Guillaume said it was ‘probably the most incredible day that we will have in our life’.

He explained: ‘To be able to greet the child that comes into one’s life is the most magical thing, parenting, a couple can have.’

Photographs were then shared as the newborn met his grandparents the Grand Duke Henri and Grand Duchess Maria Teresa over a video call.

In a statement, the Luxembourg royals said they were ‘delighted to announce the birth’ of their son. 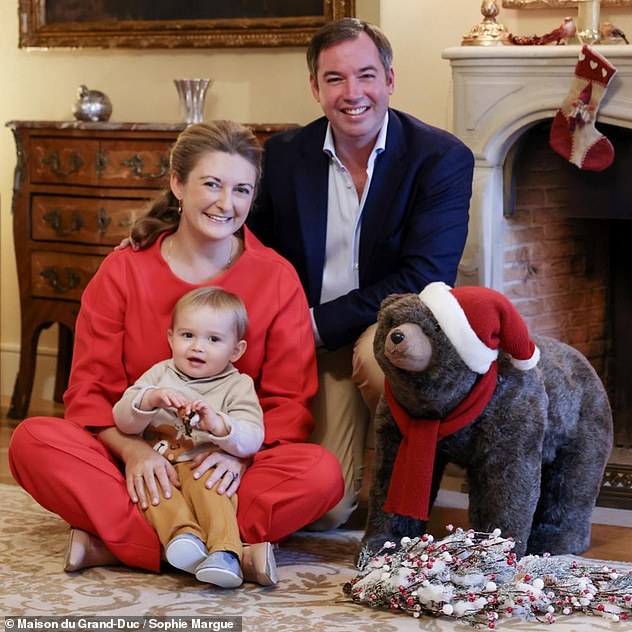 Meanwhile, his father tried to make his son laugh with a large stuffed animal bear, who was sporting a festive scarf and Santa Claus hat