A grandfather has lost 13st 7lbs after being mortified to discover he was too big to fit in a plane seat – and now he’s been crowned with a prestigious slimming prize.

The self-employed gardener weighed nearly 28st at his heaviest and suffered heart problems, was borderline Type 2 diabetic and struggled to walk without pain.

A holiday to Ireland in 2015 changed everything for Tony when he was told he was too big for his seat on a plane and needed a seat belt extender.

He joined a gym and has taken up swimming and cycling, while swapping fatty roast dinners for leaner options – and now weighs a trim 14st 6lbs.

Tony has now been named Slimming World’s man of the year after taking on their Food Optimising eating plan, which he started after he failed to lose weight with the help of dieticians.

Tony says losing weight ‘saved’ him as his doctor believes he’s added an extra 20 years onto his life. 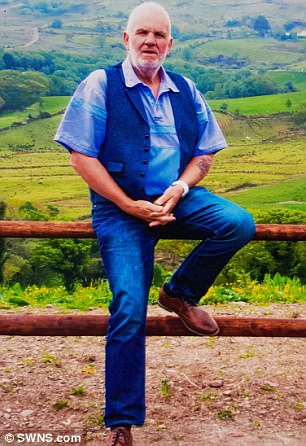 Tony Westaway, 58, from Woodbury Salterton, Exeter, (pictured before and after) lost an incredible 13st 7lbs after joining Slimming World

He said: ‘Losing the weight didn’t just change my life, it saved my life. I really was knocking on death’s door, I wouldn’t be here today without Slimming World; my only regret is that I didn’t do this 20 years ago.’

Tony wore size 5XL clothes and weighed 27st 13lbs before he started his weight loss journey in May 2015.

His health problems began when he caught pneumonia in January 2012. It took him seven months to beat the illness and he was left with an irregular heartbeat and on daily medication.

‘I couldn’t exercise, I couldn’t walk and I could only work part-time because I’d be exhausted by lunchtime – I was a total mess really,’ he said.

Tony visited a dietitian but claims they treated him ‘un-humanlike’ and kept missing his appointments, which meant he only lost a ‘few pounds’.

His wake up call came when he went on holiday Ireland with his wife Gail in 2015 and he realised he needed a seat belt extender on the plane.

Tony explained: ‘On the plane I had to ask for a seatbelt extender to go around my middle. We’d paid extra to sit in the emergency exit aisle so that I’d have more leg room, but the cabin crew explained that you couldn’t sit there if you needed an extension belt, so they had to find me another seat.

‘Everyone was looking to see what the fuss was about and it was quite embarrassing.’

When the couple returned home they joined Slimming World together and Tony started losing weight rapidly, dropping an incredible 14lbs in just a week.

‘We thought the scales were broken at first! It was bit of a shock because I was able to eat so much that I wasn’t hungry and I could still have treats so I didn’t feel left out,’ he said.

‘The biggest change is that I eat vegetables now because I didn’t before, and the grandchildren are healthier after watching what we’re eating too – they’ll try more things nowadays and love helping us to make healthy meals like homemade vegetable soup.’ 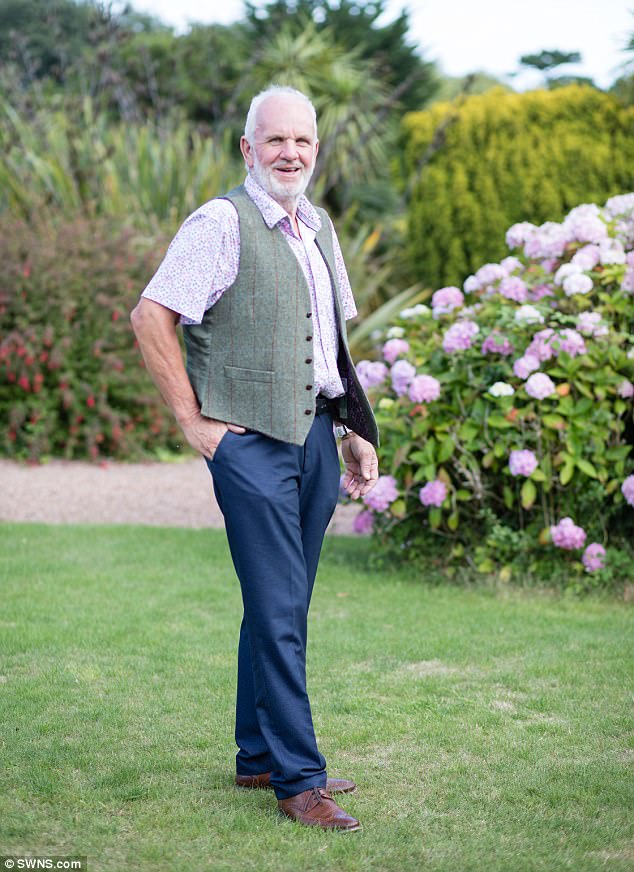 Tony’s diet: Then and now

Breakfast: a big bowl of cereal and milk, 2-3 slices of toast with butter and marmalade or jam

Lunch: a pasty or ½ a packet of biscuits

Breakfast: bran cereal with milk, 2 boiled eggs and a bowl of fresh fruit

Lunch: pasta salad and then fruit

After that the weight began falling off and Tony lost 12st in 13 months, with his total loss standing at 13st 7lbs.

Tony said: ‘I’ve gone from a 5XL shirt to a medium – it’s eye-opening. I couldn’t have done it without my Consultant, Ali, though. She’s been amazing and I tell people she’s the woman that saved my life.

‘Even outside of the group she’s always there with a text or a little card through the door to give you a boost.’

Not only has his transformation saved his life, Tony says he is now living a much fuller life.

‘I never had the confidence to go swimming before because I felt as though everyone would be looking at me, now I feel fine taking my shirt off, and I even wear shorts to work so I’m finally getting tanned legs!’ he explained.

‘Best of all, my grandsons have a granddad who can play football and chase them around the garden – and a granddad who’ll be around to see them grow up.

‘Recently I saw a heart specialist who said I’d probably extended my life by 20 years – now I just have to convince my wife having me around for another two decades is a good thing!’