Grandfather, 69, died from sepsis after string of ‘gross failures’ at hospital

A grandfather died from sepsis poisoning after several ‘gross failures’ by a hospital led to a delay in emergency surgery, a coroner has ruled.

William Shaw, 69, would have survived if doctors at Blackpool Victoria Hospital carried out vital scans marked as ‘urgent’ in time.

But the delay meant he was operated on 13 hours after the procedure should have taken place.

The retired bakery worker was rushed to A&E with a perforated ulcer so severe it went almost all the way around his bowel on at 5.15pm on May 2 last year, but it was ‘perfectly treatable’, an inquest heard.

William Shaw, 69, would have survived if doctors at Blackpool Victoria Hospital carried out vital scans marked as ‘urgent’ in time, a court has heard

He should have been placed on a hospital’s sepsis pathway, but the junior doctor who saw him decided not to, resulting in a delay in him receiving antibiotics.

At 9.10am the following day, a senior doctor at Blackpool Victoria Hospital ordered an urgent CT scan to be carried out, the hearing was told.

He noted Mr Shaw was suffering from suspected peritonitis, an infection of the abdomen that can prove fatal.

But this was not done until shortly after midnight on May 4, revealing a bowel perforation believed to have been caused by a large ulcer.

He was taken in for a laparotomy to repair the severe perforation at 2.30am and suffered a cardiac arrest while under anaesthetic.

Doctors battled for 12 minutes to restore his heartbeat and the surgery was completed. However, operating doctor Thu Linn observed that sepsis was by this time well established. 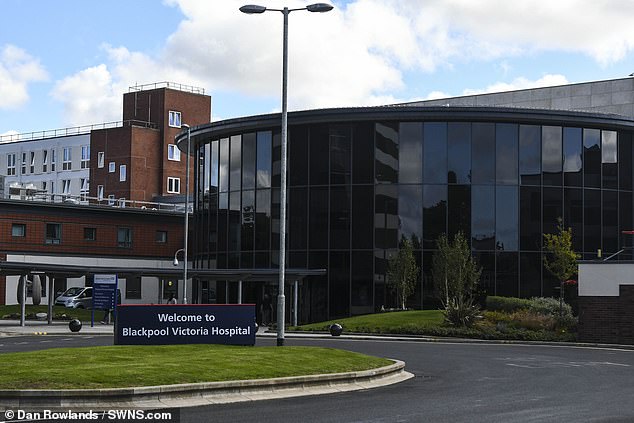 Mr Shaw should have been placed on a sepsis pathway Blackpool Victoria Hospital, but the junior doctor who saw him decided not to, resulting in a delay in him receiving antibiotics

Mr Shaw had a 28 per cent chance of survival when he was rushed into surgery on his bowel at Blackpool Victoria Hospital at 2.30am on May 4, 2018.

His condition continued to decline and he died eight days later on May 11 from multi-organ failure and septicaemia.

An expert told the inquest that Mr Shaw could have had an 87 to 89 per cent chance of survival had doctors operated earlier.

‘The fact that (the CT scan) wasn’t obtained in a timely manner meant there was a delay in surgery,’ he added. 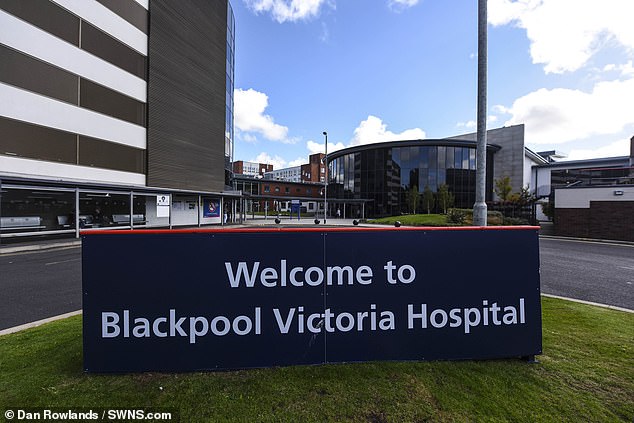 ‘Mr Shaw died as his chances of mortality increased during the period. This gross failure directly contributed to his death,’ said Coroner Clare Doherty in recording a conclusion of natural causes contributed to by neglect

‘Mr Shaw was seen at 9.10am on May 3, and it was noted there were features of peritonitis present and an urgent CT scan was requested.

‘Mr Shaw deteriorated during the day. At 10am the number score was three. It remained at three at 2pm. At 6pm it was four.

He said based on the urgent report, Mr Shaw should have had his CT scan within one and two hours, and ideally should have been operated on by 1.30pm on May 3 – 13 hours before the surgery eventually took place.

He added: ‘On the balance of probability, I believe that he would have survived if he had had the operation at an earlier stage – 6pm at the latest.’

He also agreed that antibiotics should have been administered sooner in accordance with the hospital’s own sepsis pathway rules.

Had he been placed on the sepsis pathway, Mr Shaw would have received antibiotics within one hour of being seen, but he was not given them until 10pm the following day meaning a 23-hour delay.

Dr Peter Hayes, clinical manager at Blackpool Teaching Hospitals Trust, went against the hospital’s own internal review findings, which claimed that it was not possible to determine whether Mr Shaw could have been saved.

He believed individual failures were to blame for the neglect suffered by Mr Shaw, rather than systematic ones.

Coroner Clare Doherty recorded a conclusion of natural causes contributed to by neglect.

She said: ‘While in hospital there were a series of miscommunications with the result that several gross failures occurred and Mr Shaw’s condition deteriorated.

‘A CT scan recorded on May 3, marked urgent at 9.10am, was not carried out until after midnight on May 4.

‘As a result of this delay, emergency surgery was delayed, and this was to repair a perforated ulcer.

‘By this time Mr Shaw had deteriorated to the point where at the time of surgery he was gravely ill.

‘Mr Shaw died as his chances of mortality increased during the period. This gross failure directly contributed to his death.

‘Antibiotics were not administered until 24 hours after admission. This most likely contributed to the loss of Mr Shaw’s physical resistance.

‘Although the surgery was successful and he survived, he declined despite receiving a high level of care and support in ICU.’

Ms Doherty said she did not intend to write a regulation 28 letter to the hospital, but had observations that she would pass on to the hospital at a later date.