Grandfather, 84, who had NEVER left UK is the earliest known fatality from coronavirus outside China

The proof China lied about coronavirus? British grandfather, 84, who died from Covid-19 caught it in December – just SEVEN DAYS after Wuhan outbreak was first identified

An 84-year-old man died at the end of January from Covid-19 – making him the UK’s first coronavirus victim and throwing more doubt on China’s claims about the start of the pandemic.

Peter Attwood, whose death a coroner has partly attributed to Covid-19, died on January 30 – more than a month before what was previously thought to be the UK’s first virus death on March 2. It also makes him the first person outside of China who died of the virus.

Post-mortem tests on Mr Attwood detected coronavirus in his lung tissue, leading the Kent coroner to record his cause of death as ‘Covid-19 infection and bronchopneumonia’.

Mr Attwood’s daughter Jane Buckland, 46, said that her father, from Chatham, Kent, was admitted to hospital on January 7 with a bad cough.

He had never travelled abroad and Jane fears he caught the bug off her, after she fell ill with coronavirus symptoms on December 15.

Her father then developed a dry cough on December 28 – just seven days after China claims to have registered its first cases of the virus.

China has previously insisted that the virus was not detected until near the end of December, with the first Wuhan cases not reported to the World Health Organisation until December 31.

However, Mr Attwood’s case will bolster claims from critics of Beijing who have accused the Chinese government of a cover-up amid suggestions the virus spread there as early as October. 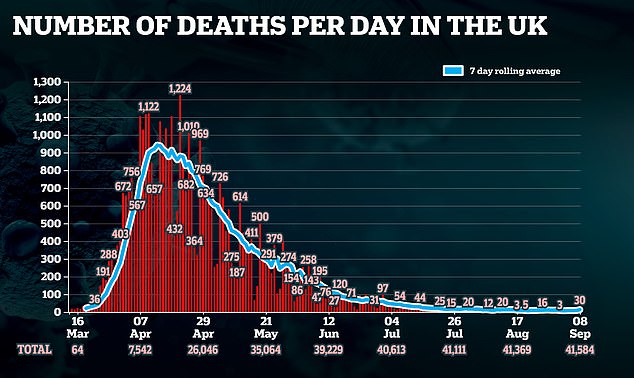 He told the Sun: ‘This has absolutely proved positive that what was going on back in October in China, where doctors were speaking out and then were silenced, was that China knew all about human to human transfer about this virus and did nothing about it.’

Speaking about her father’s death, Jane said she received an email from Kent coroner Bina Patel last Thursday saying coronavirus had been found in his lung tissue during the post mortem.

She said: ‘The doctors did every test under the sun but couldn’t figure out what was wrong with him.

‘His blood tests showed a high level of infection but they had no idea what it was.

‘He died on January 30 and the provisional death certificate said it was heart failure and pneumonia.

‘The virus was obviously running rampant in this country back in December or maybe even earlier.

‘China was covering it up from the beginning.

‘It’s no wonder so many people in this country ended up dying from it. How many lives could have been saved if we’d known what was really going on?

‘My dad was elderly and had an underlying heart condition, so he would have been shielding.’

University of East Anglia Professor of Medicine Paul Hunter said of Peter’s case: ‘This is a remarkable development because it shows there was some virus transmission in the UK before anyone realised.’

A Government spokesman said: ‘Every death is a tragedy. There is no evidence that there was sustained transmission within the community in January 2020.

‘We acted swiftly to curb coronavirus and at all times we have been guided by the best available evidence to deliver a strategy designed to protect the NHS and save lives.’