A grandfather is still rucking aged 71 after racking more than 800 games of rugby during an astounding 49-year career.

Rusty Mackie is always ready for a game at his beloved club, Manly Marlins, with his latest appearance coming on Saturday.

The stalwart came on at hooker and helped the side complete the comeback in their 24-21 win over Norths at the Manly Oval.

Rusty joined the club in 1970 and is still turning out for the fifths – but has never played beyond second grade rugby.

Official club records state Rusty has made 378 appearances for the club but he believes it is much more than 800 – as the club did not always record fifth and sixth grade matches.

But his wife, Philippa, is less impressed by his super long playing career.

‘What else are you going to do at 71? My boots are always in the car,’ he told the Daily Telegraph. 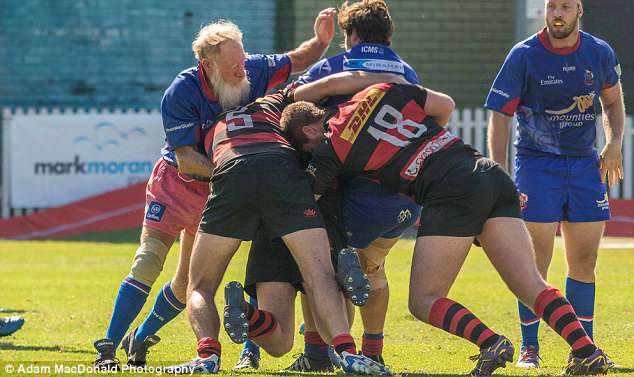 ‘I love the kids, I’ve taken a hell of a lot out of the game, Manly have been tremendous to me and I want to give it back.’

He has been a loyal servant to the club off the pitch as a gear steward, water boy and carrying out general jobs around the club.

The forward was not impressed when the referee ruled there should be uncontested scrums, clashing with the man in the middle saying he was just there to play football. 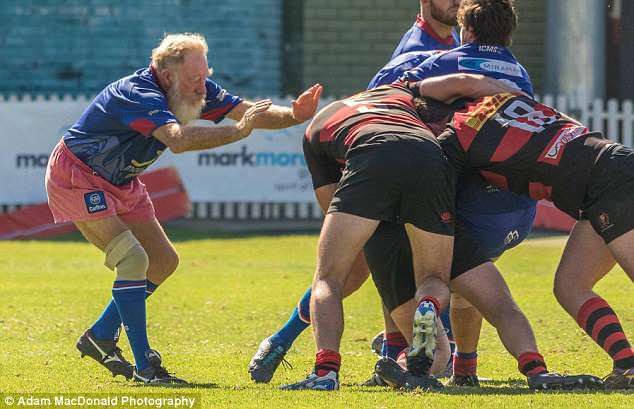 Rusty’s Marlins teammate George Hitchcock, 29, said he was a huge influence on the team with his decades of experience.

The team was losing when Rusty came on in the second half.

‘We can attribute his experience to getting the winning try. I’m not sure if he touched the ball but we are saying he did,’ Hitchcock said.