Grandma and grandson ‘among Americans dead in bus crash’

Shabobo says his aunt Anna Behar and another 15-year-old cousin are missing, while his uncle Moises Behar is hospitalized. The Behars, of Lorton, Virginia, are married and appear to be the parents of the two grandchildren mentioned on the trip.

‘We don’t have really concrete information,’ Shababo said. ‘We’re all scared. It’s just really scary to process this in my head that possibly something really bad happened to them.’

Anna Behar’s mother Berta also spoke to the Sun-Sentinel, saying: ‘I don’t know what to do. We are going crazy trying to find out. We haven’t received any calls from Royal Caribbean to inform us of what happened.’

Twelve people on the bus died on Tuesday. Five, including Shamis, were American. Four were Canadian, two were Swedish, and one was Mexican. The injured include seven Americans and two Swedes.

An online obituary shows that Shamis’ husband Arkady passed away in February at the age of 83.

The bus was carrying tourists from cruise ships docked in the port of Mahahual to Mayan ruins in Cacchoben when it ran off the road for an unknown reason. 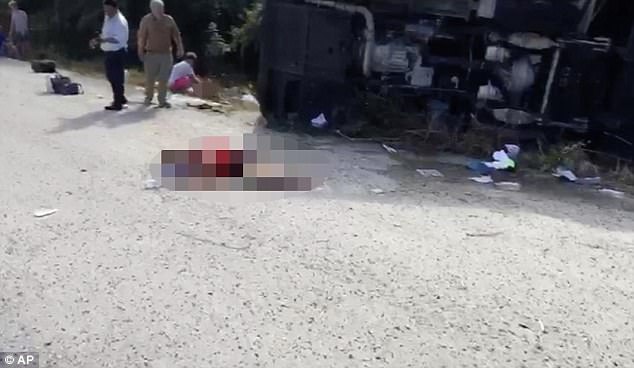 Deadly crash: This video frame shows an injured tourist lying on the road next to the overturned bus she was traveling in, in Mahagual, Quintana Roo state, Mexico, Tuesday 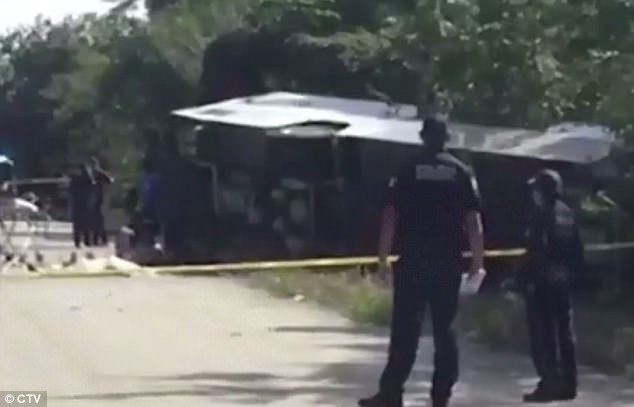 The crash, which left another 18 injured, happened on a highway in the state of Quintana Roo, located on the eastern tip of the Yucatan Peninsula and well known as home to the Caribbean resort city of Cancun.

The bus was carrying 31 passengers on a straight stretch of road with little traffic. The cause of the accident was not immediately known.

Twenty-three of the passengers had arrived on the ships Celebrity Equinox and Serenade of the Seas, cruise owner Royal Caribbean Cruises told AFP.

‘We are doing all we can to care for our guests, including assisting with medical care and transportation,’ the cruise line tweeted.

Five Americans are believed to be among the killed

In video images from the scene, shown by CTV News, the vehicle is resting on its side in vegetation off the two-lane highway, with some survivors lying on the pavement and others walking around.

American cruise ship passenger Chris Brawleym of Haslet, Texas, says he didn’t see the accident, but his bus of tourists came upon the scene minutes after the crash.

He says they had been driving about 35 to 40 minutes before the accident.

Brawley says the sky was clear and the road was dry, and he did not see any other vehicles involved. 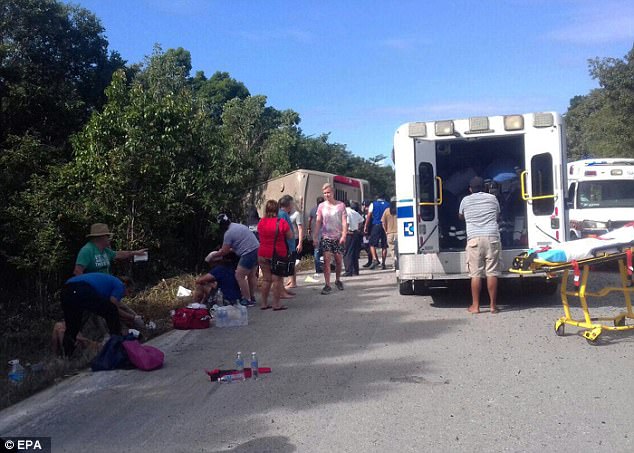 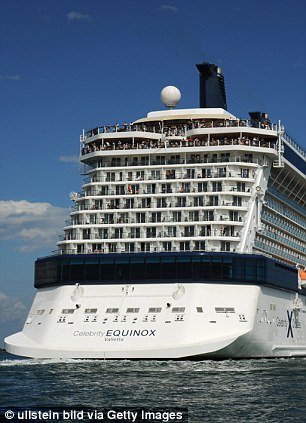 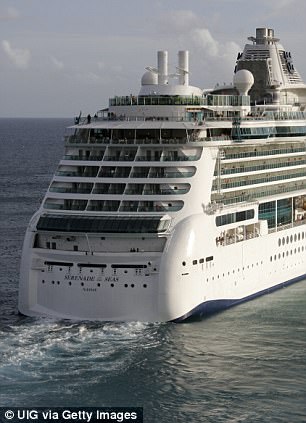 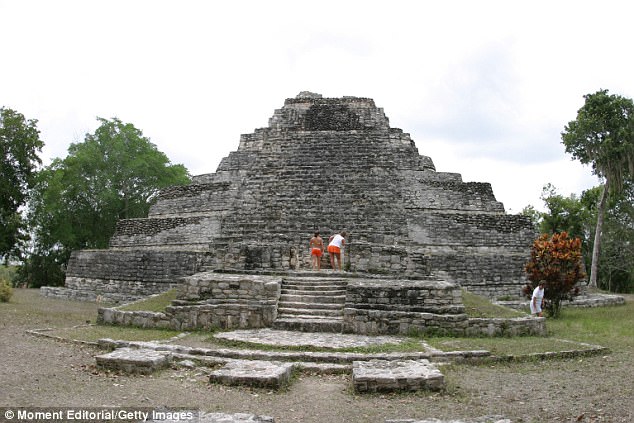 Landmark: The bus was on its way to the ruins at Chacchoben, about 110 miles south of the popular resort town of Tulum

He did not see the crash, but says that ‘the bus clearly lost control somehow as there were swerve marks all over the road surface.’

Costa Maya Mahahual, the bus company involved, said in a statement that the bus was carrying tourists who had arrived to the coastal town of Mahahual aboard a cruise ship.

In addition to the tourists, a guide and driver were aboard the bus, the company said.

Quintana Roo is the Mexican state that receives the greatest number of international visitors, with many headed for Cancun’s beaches and legendary Maya ruins.