Grandmother bitten by a dog in Geelong as owner walks away

An elderly woman’s morning newspaper delivery run was cut short when she was reportedly bitten by a dog in Geelong.

The victim’s granddaughter Louise said the family was shocked to learn the dog’s owner simply walked away without offering to assist the injured grandmother on Thursday.

Betty, 79,  was delivering newspapers in Coolalie Court, Grovedale, when a woman with two dogs on a lead walked past.

One of the dogs, only described as black and white, lunged at her and bit her arm.

‘This aggressive dog went to attack again causing her to fall to the ground,’ Louise posted on Facebook.

‘The lady walking the dogs did not attend to Nan’s welfare and simply walked off, knowing that Nan needed medical help.’

Betty drove herself to a medical clinic and despite being ‘very shaken and upset’, she’s now ‘as well as can be expected’, her granddaughter said on Melbourne radio station 3AW Breakfast The Rumour File.

The breed of the dog is unknown.

A report has been made to police.

Victoria Police were unable to provide anymore details about the incident to Daily Mail Australia.

‘Any information about this dog, please let us know as we do not want anyone else to be attacked,’ Louise posted. 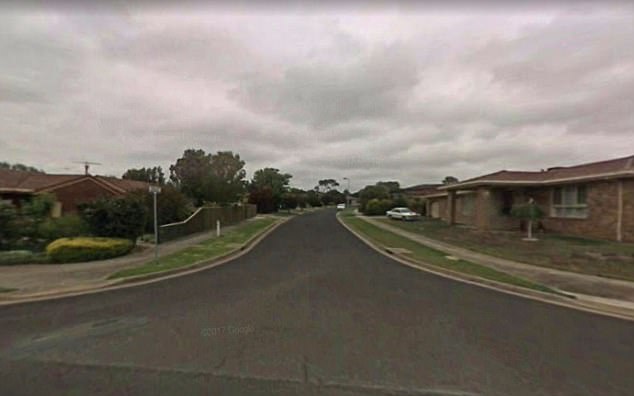 The dog attack happened in Coolalie Court, Grovedale, in Geelong’s south. The breed of the dog is unknown